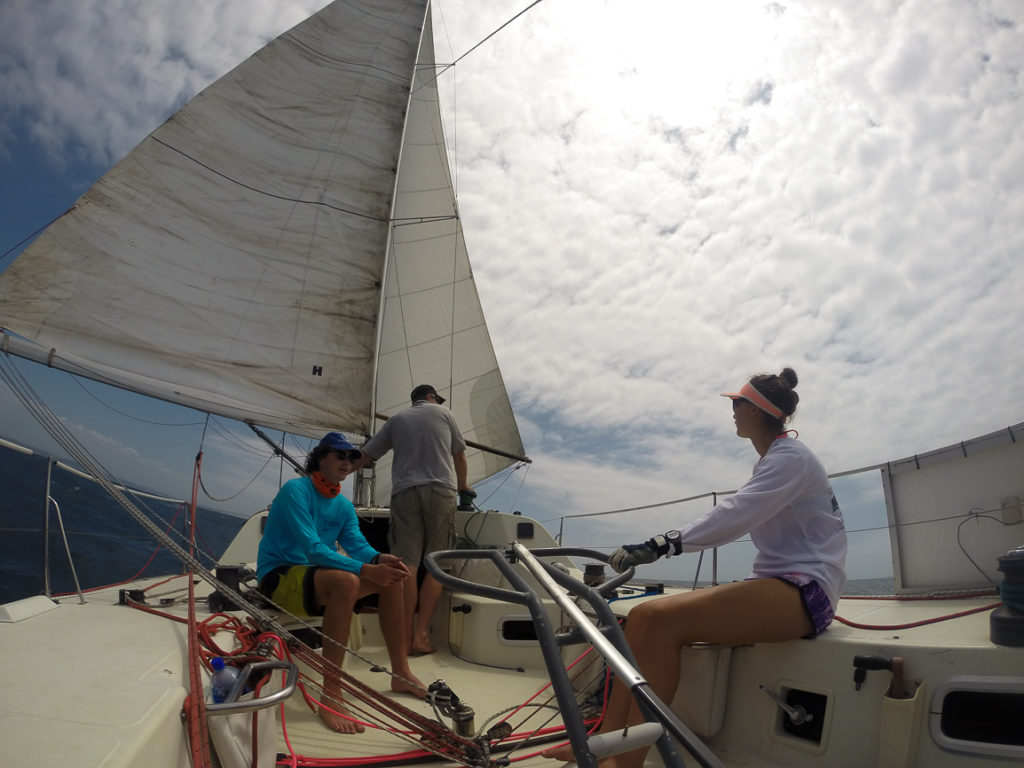 The last sail of 2017. Pictured helming is Hannah Fokkens aboard Argo FY, owned by Craig Millar.
piv by Sophie Thompson

A small fleet of adventurous yachties ventured offshore for the Sangoma Cruise hosted by Point Yacht Club between Christmas and New Year.

The 80 nautical mile cruise had five keelboats entered to participate, with three of the yachts taking the first weather window on Boxing Day, the remaining two checked out to leave on 28 December to catch the South Westerly winds.

First to depart, Ocean Spirit helmed by Neville Bransby set the pace in the dying South Wester on Boxing Day. The enthusiastic team took 12 hours from Durban to Richards Bay. Hot on their heels was the spirited crew of Therapy. And following them was the experienced skipper, Jon Marshall (Rear Commodore of Keelers for Point Yacht Club), on his yacht Majimoto. His crew was small catamaran sailor, Bart Fokkens who had never ventured beyond uMhlanga, clocking up his first overnight passage with the duo taking 18 hours to get into Richards Bay.

The second batch of boats kept an eye on the weather window, opting to wait for the 20 knots South Wester two days later. Round the World Clipper skipper, Craig Millar and his crew on Argo FY departed Durban at 09h00. Keen sailor, Robin Hulley was due to sail with Millar on his yacht Mafuta, but as he was heading out the door at his home, his geyser burst, dampening his spirits and not allowing him to compete.

Argo FY had a gentle sail up to Richards Bay, having blown their kite shortly after getting out of the Harbour channel.

“We specifically chose the south Wester to sail up in as the whole team were keen to get offshore and fly the kite. A minute after we hoisted the spinnaker, it gently floated back down to the deck. We fished it back in, and after a debate onboard if our light weather kite would handle the conditions, we opted for the safer option of putting the gib out on the pole and goose winging it.” Skipper, Millar said on his return. 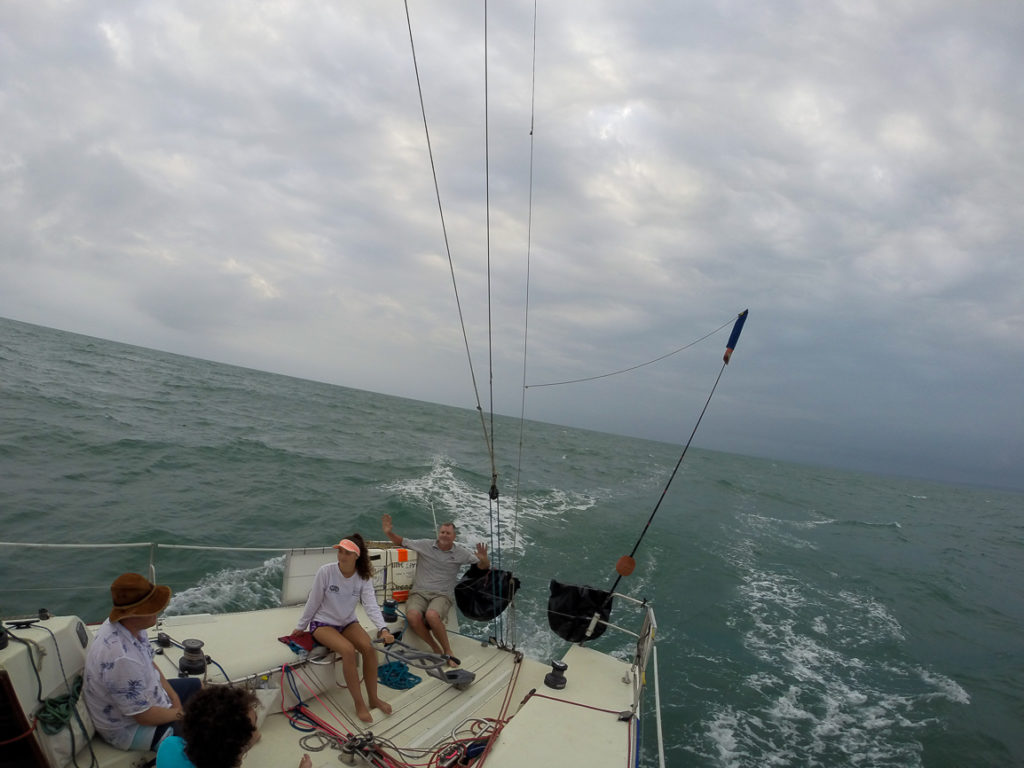 From breakwater to breakwater, it took the Argo FY team 10.5 hours to get to Richards Bay, with only one gybe to enter the Harbour mouth as the sun was setting.

Both Therapy and Ocean Spirit had a quick turn around in Richards Bay, catching up on a bit of kip and then catching the North Easter back home before it switched to the South Wester that brought Argo FY up. Ocean Spirit sailed impressively with 11 hours on the clock back home, top speed reaching 17.4knots. The sleek Therapy notched up a top speed of 18knots.

Majimoto missed the window, waiting for Argo FY who were transporting their main sail, Marshall and Fokkens sadly damaged their main on the ride up. Both Argo FY and Majimoto had a day in Richards Bay to carry out a few running repairs before they took to the water on the second last day of the year.

At 06h30 the two boats made their way offshore in a gentleman’s race back to Durban. Argo FY surfed the entire way home, with Millar recording 21knots, pumping the tiller as he caught a swell and surfed his way to the impressive speed. The team made up of Millar, Ed de Lange, and Hannah and Rudi Fokkens made it back in 8 hours and 5 minutes.

“It was a great sail, the team are young, experienced and fantastic onboard. But what really was wonderful about this experience is all the chatter back on land that has been created. The more experienced guys have got the record books out, and have been reminiscing when they used to sail this route regularly. Loads of the guys have said that they are keen to participate in the next one. It is exhilarating to be offshore, and actually sailing somewhere, giving us an opportunity to stretch our legs.” Millar stated.

The record set in October 1990 by Sun Tonic, a Royal Cape One Design was skippered by Peter Atkinson.

“And for the next cruise, we will most certainly fly our kite! And who knows, maybe we can get close to Atkinson’s record?” Millar said.

Majimoto, with only the two sailors onboard came in sailing most of the way with only their jib up, but still managing to hit a few numbers over 15 knots on the speedo. They got back into Durban a couple of hours after Argo FY just after 19h00, having been pummelled by the sea state in the howling North Easter.