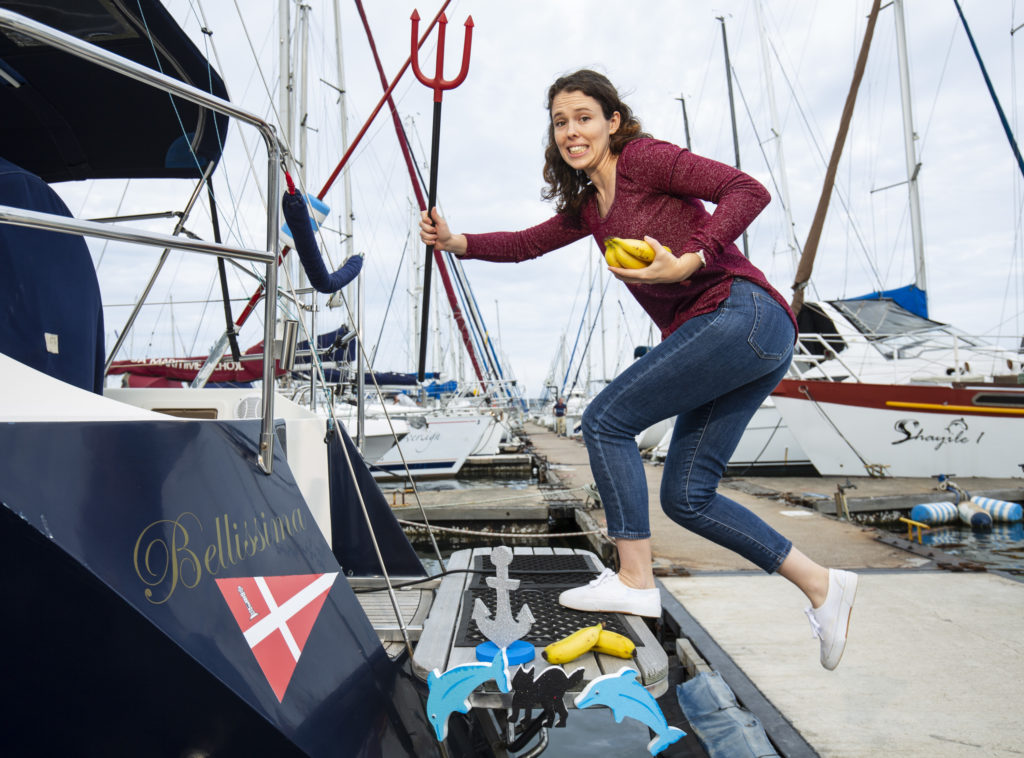 Considered to be an unlucky day for some, 2018 sees Friday the 13 occurring twice, the first one today and the next in July. In a number of sporting codes, superstitions are rife! Sailors also fall into the superstitious bunch.

Traditionally, sailors believed that having bananas on board, aside from their peels causing many a comedic moment of tripping and falling, bananas have long been thought to bring bad luck.

Having ladies on board was said to bring bad luck because they distracted the sailors form their sea duties. Seafarers have long held the believe that if you whistled on a ship you were whistling up a storm.

Dates of departure also were very significant, sailors would never start their voyages on a Thursday or Friday. Some sailors also believed that stepping onto a boat with your left foot was unlucky. The lengthy list includes losing a mop or hat overboard, red heads, crossing an area where another ship has sunk, changing the ship’s name, or crossing the Equator and not giving an offering to Neptune.

Balancing good and evil, top lady sailor Charlotte Marshall is pictured gingerly stepping onto the yacht Bellissima with her left foot holding bananas and King Neptune’s trident, while the good luck omens of having a black cat on board and dolphins around your yacht weigh out the bad luck.

Durban’s sailing community will be hoping for some good winds in the weeks to come as a number of Point Yacht Club’s competitive sailors are gearing up for Hobie 16 Nationals being held in Port Elizabeth and the Vasco da Gama ocean race from Durban to Port Elizabeth. Also, in the calendar is the annual MSC Week and the most prestigious sailing event, the Lipton Challenge taking place offshore of Durban.