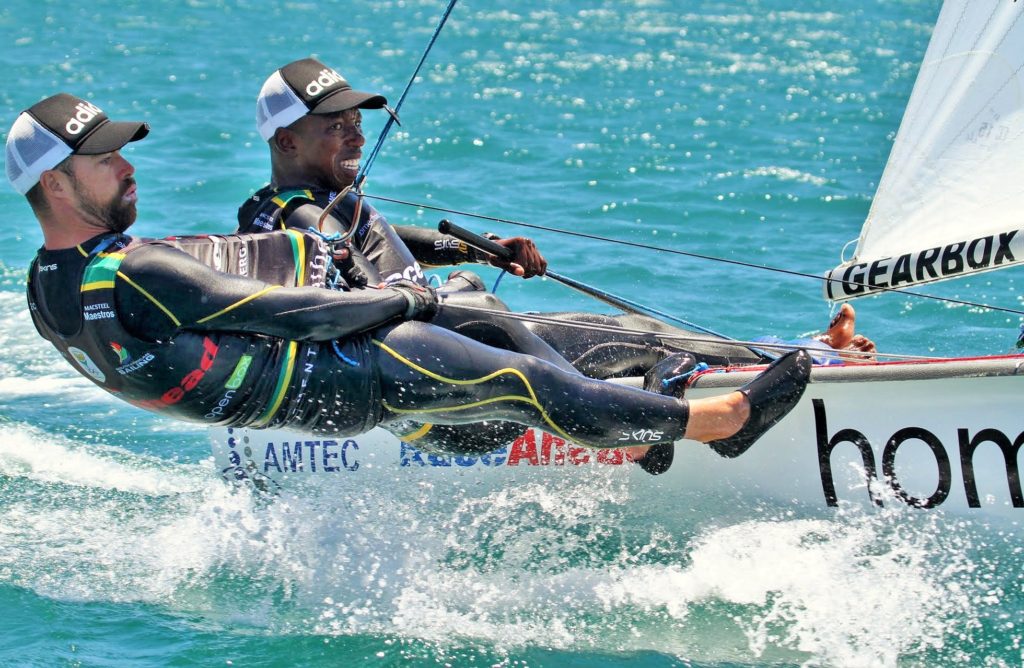 Asenathi Jim on the helm and Roger Hudson on trapeze. 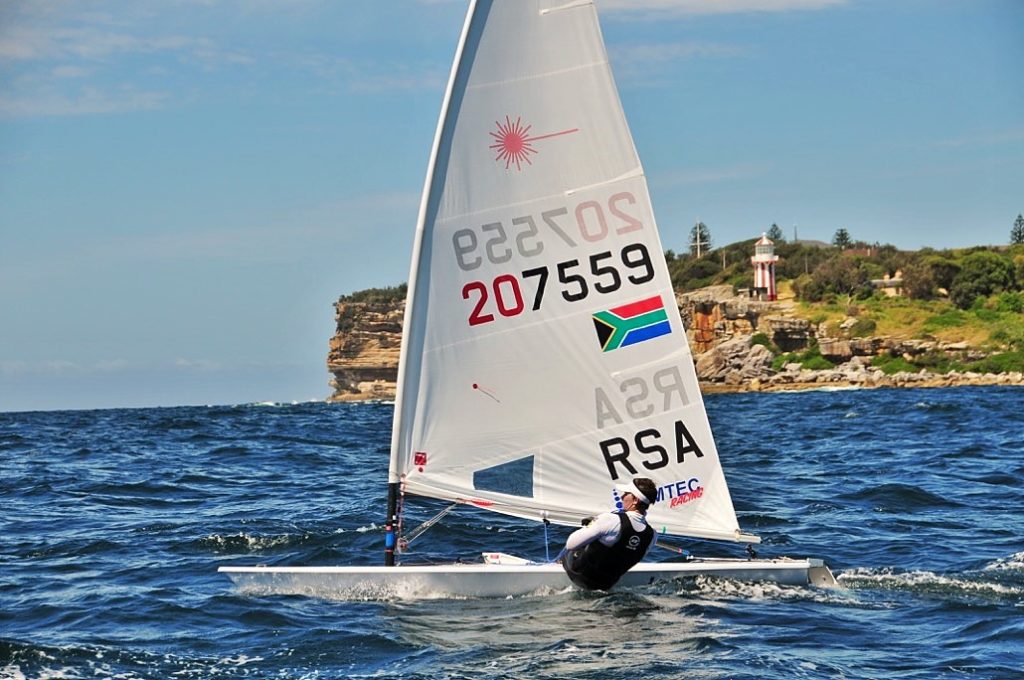 Two-time Olympic sailor Asenathi Jim will be sharing some of the knowledge he’s gained over many years of international competition. That’s after he was appointed as one of the training coaches to the junior team that will be representing South Africa at the Youth World Sailing Championships in the USA in July.

Joining Jim as team leader and coach will be fellow Rio Olympic sailor Stefano Marcia, who will also travel with the team, thanks to the backing of Frontier Foundation.

The SA side is made up of two sailors – Cullen Keytel and Sarah-Jane Deary, who will be competing in the Laser Radial class.

Both Olympians are relishing the opportunity to give back to the sport they’ve been a part of for such a long time.

“It’s a very special place to be in because I have had great mentors myself so to be in this position means a lot to me,” said 26-year-old Jim, who originally hails from the rural Eastern Cape.

“I want to almost say it’s our duty to give back to the sport because youngsters always look up to people who have achieved well, so for them to learn they need a pathway and to be guided,” he added.

Also excited to be sharing his skills is Marcia, who competed at his first Olympics in Rio two years ago. “It a very different challenge, but it’s enjoyable as these are young sailors who aspire to be top athletes in the sport,” he explained. “I can see the respect each sailor has for me when I talk to them – they listen and are keen to learn and improve as sailors. Both myself and the sailors will begin to see steps of improvement over the next few weeks of training and that’s exciting as a coach.”

Speaking about his plans with the team, Jim explained: “I want to say the key thing is for them to learn from all sorts of people because everyone has their strong and weak points. Taking what works for you is key because we’re obviously not all the same.”

Outlining his goals, Marcia added: “I’m looking to improve the group’s core skills and technique in the boat and focus more on the two sailors who will be participating at the worlds’ mind-set and challenging them during every training session we’ve got together. I want them to make mistakes in the next two weeks so we both can see where they need improvement and coach them to be faster, smarter and make fewer mistakes as we get closer to the worlds.”

The Youth World Championships brings together 400 of the finest sailors from 65 countries, who are aged 19 and under, with competition taking place at Corpus Christi in Texas, USA from 14 to 21 July. Many sailors who have excelled at these championships, such as Britain’s Ben Ainslie and Brazil’s Robert Scheidt, have gone on to become Olympic champions.

“I have never sailed at Corpus Christi myself, but we have been looking at the conditions ahead of time to prepare for what we think will happen in July,” said Jim.

For Marcia, meanwhile, being at a Youth World Championships will bring back many memories.

“I had the opportunity to sail at two Youth World Championships. The first one was in Istanbul, Turkey in 2010 and, being very inexperienced I had no real idea of what to expect. I managed a 12th overall. Second youth worlds was in Zadar, Croatia and that I aimed to medal at, but fell short and finished sixth overall.

“They were both very challenging regattas and competitive, but looking back at them now, they were only stepping stones to the Rio Olympics.”