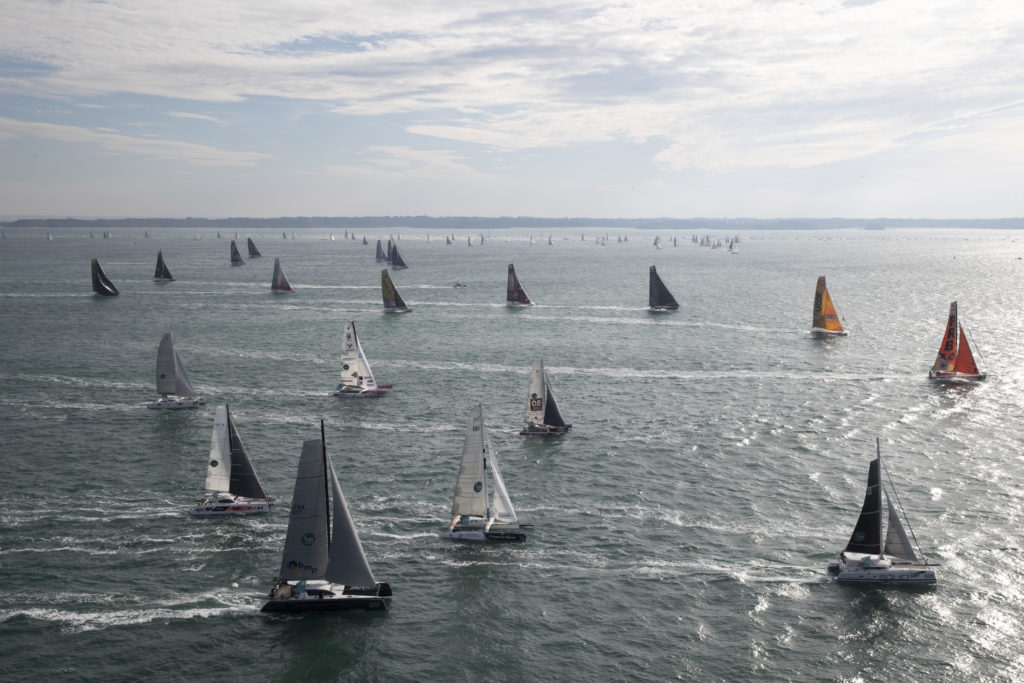 Spectacular scenes off Saint Malo as the 2018 Route du Rhum-Destination Guadeloupe gets underway in perfect conditions.
pic by Alexis Courcoux

The 11th edition and 40th anniversary staging of the Route du Rhum-Destination Guadeloupe solo transatlantic race got underway in spectacular style today off the Brittany port of Saint Malo, as a record entry of 123 skippers set sail for Guadeloupe.

Conditions could not have been better for spectators and sailors alike as the fleet revelled in 20 knots of breeze coming off the land on a beautiful Autumn afternoon.

After a very conservative start with no one wanting to be over the line early at the beginning of a 3,542-nautical mile course, the fastest boats quickly opened up the throttle.

South African sailor Donald Alexander was there and he has been sailing steadily since the start, making up a few positions during the night. In the Class 40 fleet he currently lies in 33rd place in a fleet of over 50 similar boats. He’s currently chuntering along at 10.3 knots. He has promised info from the boat regularly so I await his coms with interest as the first night of this race is always tough with so many boats in close quarters.

WATCH THE VIDEO OF DONALD ALEXANDER AFTER THE START HERE: 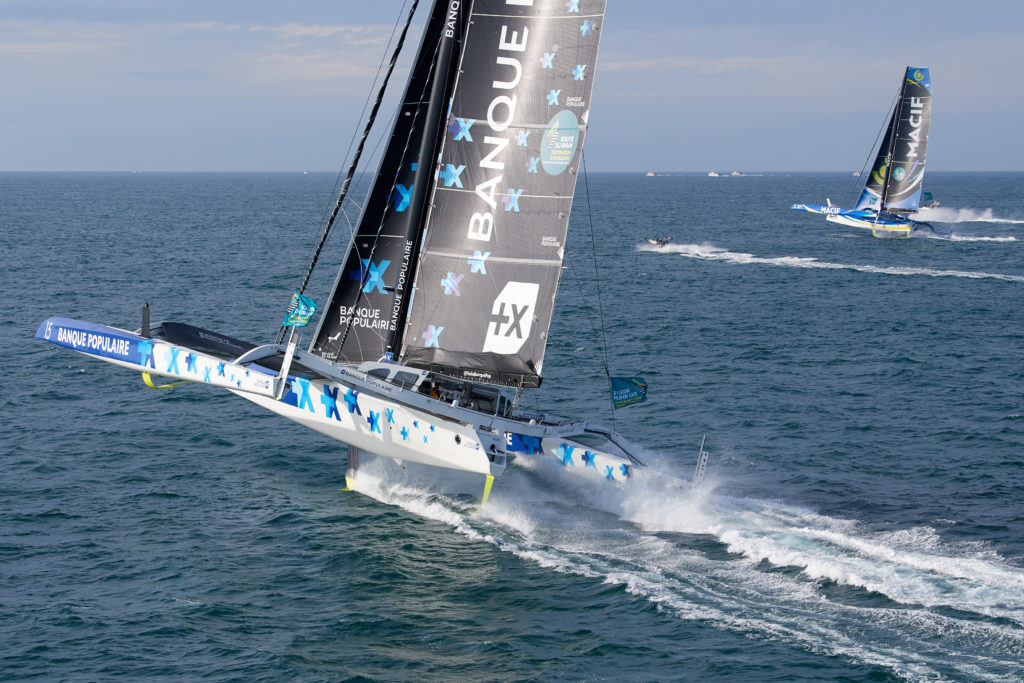 At the front of the fleet the awesome ULTIME trimarans, led by Seb Josse on Maxi Solo ‘Edmond de Rothschild’, were hitting 30 knots of boatspeed.

The fastest racing yachts on the planet were soon flying their windward hulls as they rampaged towards the mandatory gate off Cap Fréhel – 17 miles from the start – where thousands of spectators were gathered on a headland.

Among those in their wake were the leading IMOCA monohulls showing their paces with foils lifting the boats from the water as they sped westwards led by France’s Vincent Riou on ‘PRB’.

In their wake came the huge 53-strong Class40 monohull fleet at the start of what will be the most competitive race in that class’s history.

But before the fleet can enjoy a fast ride to the Caribbean in the trade winds, all the sailors will have to face some very rough weather that is coming their way.

The predictions are for big seas on Tuesday, 35 knot winds gusting to 55 knots and a weather picture showing very unstable conditions for most of the rest of the week. 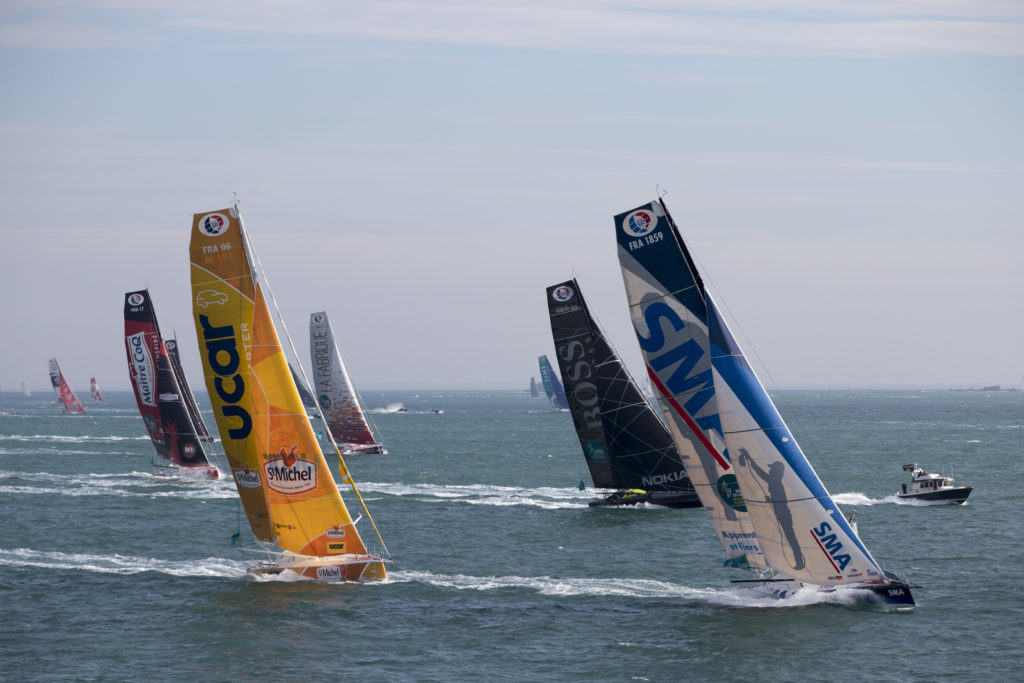