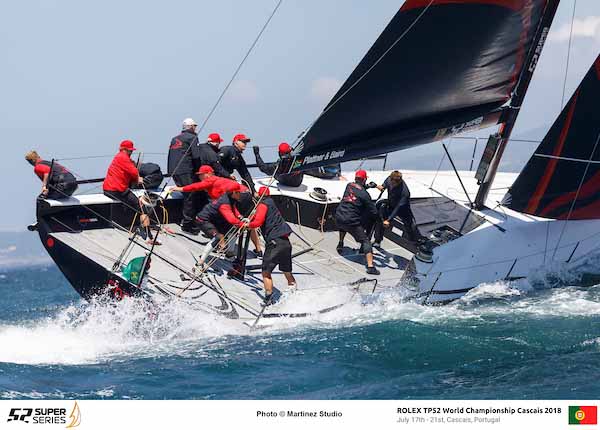 Ten years after their first world title together in the class’ formative years in Lanzarote, Quantum Racing has lifted the Rolex TP52 World Championship crown in Cascais, winning a spirited ding-dong battle with rivals Azzurra in the typically muscular Atlantic breezes that the Portuguese hotspot has long since been renowned for.

With Dean Barker steering and Terry Hutchison leading a concerted, big Quantum team effort, they mastered what proved a challenging, breezy race area, which often favoured the opportunists. With nine boats racing, all brand new this season, and all with an equal chance of winning, there is widespread acknowledgment that Quantum Racing were a step ahead in their execution throughout the five day championship.

Several times over the course of the nine-race world championship regatta Hutchinson and the Quantum Racing afterguard had deftly and doggedly turned modest positions into premium points scoring top three positions, only to then lose those places to rivals’ runway downwind gambles.

Several times, searing downwind sleigh rides saw gains and losses of hundreds of metres at times, during what proved a thrilling world championship. There was little scope for precision, percentage sailing and over the last five races Quantum Racing sailed 1,5,1,5,1 to Azzurra’s 6,1,5,1,2. The American-flagged team of Doug DeVos won the world title by four points from their Argentine-Italian rivals, whose best result of the season this is. 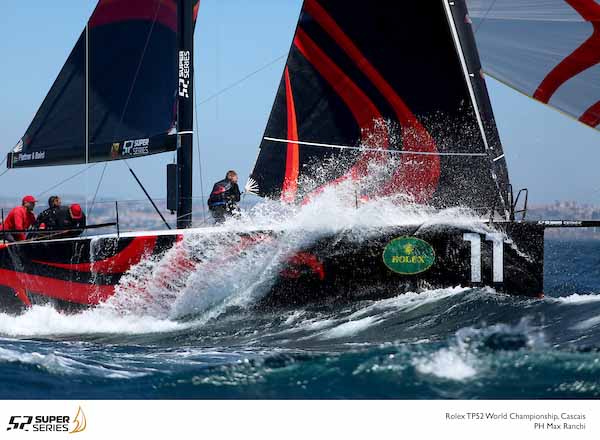 Phoenix with Hasso & Tina Plattner leading the team, and with Ed Baird as tactician, were simply not able to catch a break and show that they had it in them to be challenging for a top position. The previous regatta in Croatia saw them finish 2nd overall, but when sailing against the best in the world things will not always go your way, and the experience gathered will undoubtedly stand them in good stead for the future.