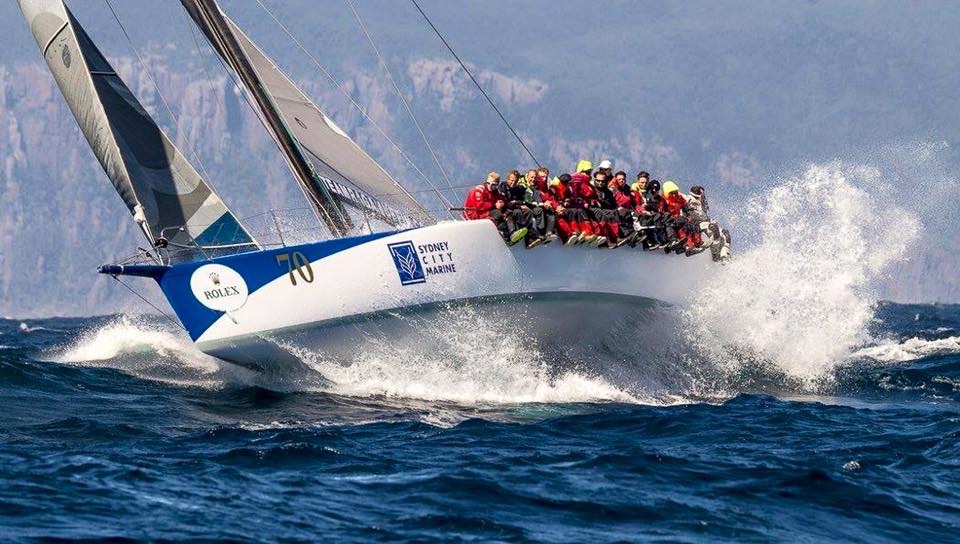 The TP 52 Ragamuffin hard on the wind.

The Sydney Hobart race is one of those iconic ocean races that the average yachtie can compete in, something Clynton Wade-Lehman has done several times previously. This year he goes one better as a post I saw on the official race website piqued my interest as it showed him to be skippering the TP52 Ragamuffin.

Clynton is another one of our ‘Japies’ who is doing exceptionally well in international competition, just like William Voermann did in the Etchells Worlds recently, and Donald Alexander in the Route du Rhum singlehanded transat race.

Clynton answers some questions about his involvement in this years race which is less than 6 days away, starting on Boxing Day.

1. How did you get to skipper Ragamuffin in the RSHR?
I have project managed the program for Syd Fishers grandson Brenton in the last few races and become good mates, so we do it together. I am not the Skipper as the owner is the skipper. I simply run and manage the boat and race programme which includes training, crew selection and generally overseeing the boat preparation.

3. Do you have any ‘Japies’ in your crew?
Yes I have Joe De Kock who is a former Cape Town sailor.

4. It’s a ton of responsibility you have taken on. Have you been skippering keelboats for a while now?
Yes, as I enjoy the management side of campaigning racing yachts. 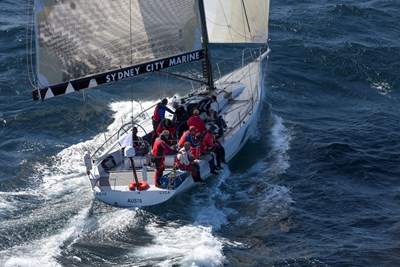 The TP 52 Ragamuffin in full control downwind.
pic by Andrea-Francolini

5. It’s obviously difficult to chat about strategy right now, but what about safety? What’s your plan?
Safety is a massive factor in this race. A minimum of 50 percent of the crew require Safety at Sea certification and each crew has a personal EPIRB along with a bum bag containing Cyalume light sticks, swimming caps and more. Safety harnesses need to be warn after sunset.

Safety is something that is top of the priority list. Our safety strategy is fine-tuned and once we know what to expect weather wise.

We also have processes in place in case things go wrong. Plus we train for various scenarios like man overboard procedures and recovery, reefing in heavy weather, and lots more.

6. What are your expectations in terms of results?
That’s a tough question. Not sure really as we need a tough upwind race to go well, and we have prepared the boat accordingly. We are one of the oldest TP52s in the fleet and have optimised the boat for an upwind race.

Here is some info on the boats owner, Brenton Fisher.
Brenton Fischer keeps the Fischer and Ragamuffin names alive in the 2018 Rolex Sydney Hobart, having entered his legendary grandfather Syd’s TP52, Ragamuffin. He missed the race last year, but skippered the yacht in the 2015 and 2016 races. “I’m really looking forward to doing the race again. We’ll be competitive – I’ll pretty much have the same crew as last time, like Clinton Wade-Lehmann. He’s helping me put the boat and crew together,” said the 34-year-old, whose Hobart debut was in 2014 on his grandfather’s super maxi, Ragamuffin 100.