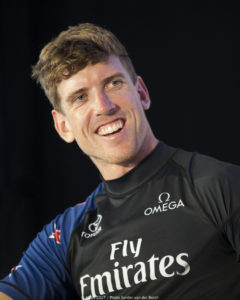 Peter Burling and Glenn Ashby, helmsman and skipper respectively of Emirates Team New Zealand who won the America’s Cup on Monday, are hot property in the sailing world right now.

But Burling is now undoubtedly the ‘hottest’ thing in the sailing world right now, and will be in demand around the world as a man to have in every campaign, and in every type of yacht there is. In brief, he has prodigious talent – and his life will never be the same again after winning the America’s Cup.

This quote from Paul Cayard sums up just how ‘hot’ he really is:
“Peter Burling, 26 years old, becomes the youngest helmsman to win the America’s Cup surpassing Jimmy Spithill who won at the age of 30 in 2010. How would it be to win a Gold Medal at the Rio 2016 Olympics and then win the 2017 America’s Cup – all in 10 months at the age of 26? What do you do for the next 30 years?”

The answer to Cayard’s question is that he will undoubtedly be sailing at the highest level – but on what and where remains to be seen.

So Who is Peter Burling?
Burling started sailing at the age of six in an old wooden Optimist called Jellytip. At the age of eight, he joined Tauranga Yacht Club and started competing.

He sailed in his first Optimist nationals at age 9 and when 11 in 2002, he finished 2nd in the New Zealand Optimist Nationals (under-16). He also competed in the 2002 Optimist World Championships at the age of 11. 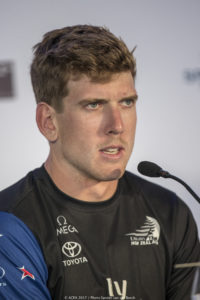 At the age of 12 (in 2003), he won the New Zealand Optimist Nationals and competed in the 2003 Optimist Worlds where he finished 40th.

At 15 he (with Carl Evans) won the 420 Class Worlds, becoming the youngest sailors ever to do so. They also won the under-16 and under-18 world championships.

At 16 years old Burling successfully defended his 420 title to win the 420 Class Worlds sailed in Auckland. He also won the under-18 world championship.

Burling finished 11th in the 470 class at the 2008 Olympics. At 17 years old (still at school), he was the youngest sailor ever to represent New Zealand at the Olympic Games.

At the 2012 London Olympics, Burling (then aged 21) was the youngest 49er sailor. He won the silver medal as helm in the 49er class alongside Blair Tuke.

In November 2015, the International Sailing Federation announced that Burling and Tuke were the ISAF Rolex World male sailors of the year.

Burling and Tuke are the first sailors to win four consecutive 49er class World Championships (2013, 2014, 2015 and 2016). They won all 28 of the major regattas in the 49er between the London Olympics (2012) and the Rio Olympics (2016). The only regatta they did not win in this time was when they finished 3rd in a short 2 day regatta prior to the Olympics. In all the major regattas (Olympics, Worlds, Europeans, World Cup) in 2015 and 2016 they led into the medal races by over 20 points – effectively winning the regattas before the medal race.

At age 25, Burling was the youngest ever 49er Olympic gold medal skipper. He and Tuke won the 2016 Olympics with two races to spare and by an overall 43 point margin – winning by the most points of any sailing class in the Olympics in over 50 years.