On This Day – 7 November. A Newspaper History of Sailing 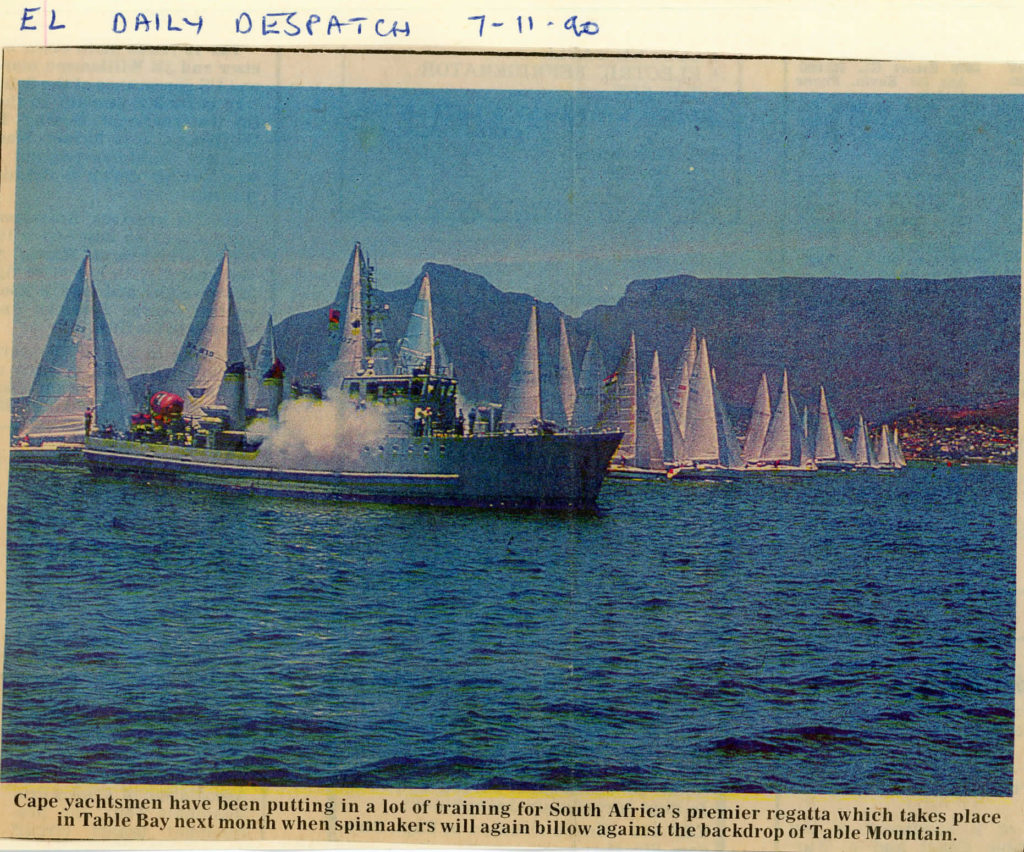 A slight change in headline this morning to better represent the origin of this history.

We open today with a delightful tale of a Sandefjord crewman who received a “broomstick whopping” It’s a wonderful read.

Bruce Dalling announced that his crew of 9 would start training immediately after ‘Jakaranda’ arrived in Durban.

Another delightful story about a BOC skipper and his sad tale of flags!

Bertie Reed was preparing to scale his “Everest of the Seas” in 1989, while in 1991 the Navy had entered ‘Voortrekker II’ in a South American regatta.

“Rio Race Row” bellowed the headlines. Read all about is here!

We all know that Rio Races boost the coffers of CT, but here’s what was said about this in 1992.

Dale Granger gives an insight into the Whitbread Race – and the fact that there’s nought for comfort.

1967. “Broomstick Whopping for A Beer-can Romeo”. Wally Stright, the American crew member of the Durban yacht ‘Sandefjord’, was beaten up by his wife early today.
To read the full report, Click on the following LINK:  1967 11 07

1970. “Rio Trials Soon”. Pietermaritzburg helmsman Bruce Dalling and his crew of nine will begin trial runs in the yawl ‘Jakaranda’ almost immediately after the craft arrives in Durban on November 15.
To read the full report, Click on the following LINK:  1970 11 07 305

1986. “Skipper and Flagpole Now ‘Poles Apart’”. Richard Konkolski, the “stateless person” taking part in the BOC solo round-the-world race – he fled Poland in 1982 and was granted asylum by the US – is now flagless as well. In two separate incidents the flags of his yacht have been stolen in Table Bay.
To read the full report, Click on the following LINK:  1986 11 07 545

1989. “Reed Sets Off to Scale ‘Everest of the Seas’”. On November 26 from Les Sables d’Olonne on the coast of France, South Africa’s master mariner Bertie Reed sets off to scale the “Everest of the Seas” – the single-handed, non-stop round the world Globe Challenge.
To read the full report, Click on the following LINK:  1989 11 07 380 1 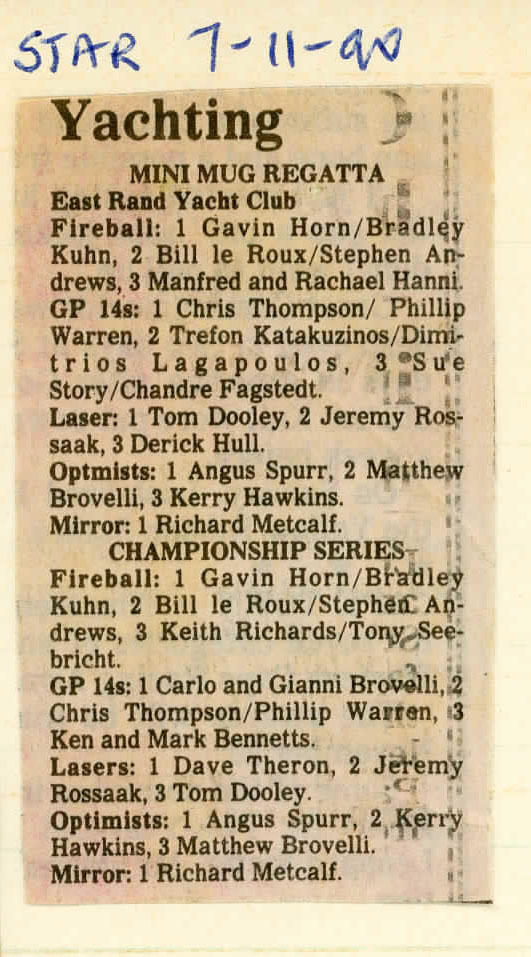 1991. “Navy to Back SA Yacht in Mil Millas Regattas”. South Africa’s classic ocean-racing yacht, ‘Voortrekker II’, is to have the backing of the SA Navy’s replenishment vessel, the ‘SAS Tafelberg’, in the international Mil Millas yacht regattas in South American waters next month.
To read the full report, Click on the following LINK:  1991 01 07 401 2

1992. “Rio Race Row. Yachtsmen Crying Foul”. Yachtsmen who have spent fortunes building monohull yachts for the first Cape to Rio yacht race in 16 years are crying foul over a new super-light catamaran.
To read the full report, Click on the following LINK:  1992 11 07 428 15

1997. “Cream of World’s Sailors in Huge Battle for Whitbread”. This race around the world, after years of hard work, millions spent, and the toughest conditions imaginable, can be a cruel vocation.
To read the full report, Click on the following LINK:  1997 11 07 296

1997. “Always Room for Improvement But There’s Nought for Comfort”. Winning the Whitbread round-the-world yacht race has become such a precise, scientific art. Every effort is made to find that slight advantage over the opposition, to the extent that some skippers insist their crew cut their toothbrushes in half to conserve weight.
To read the full report, Click on the following LINK:  1997 11 07 297