On This Day – 6 November. A Peek Into Our Sailing History 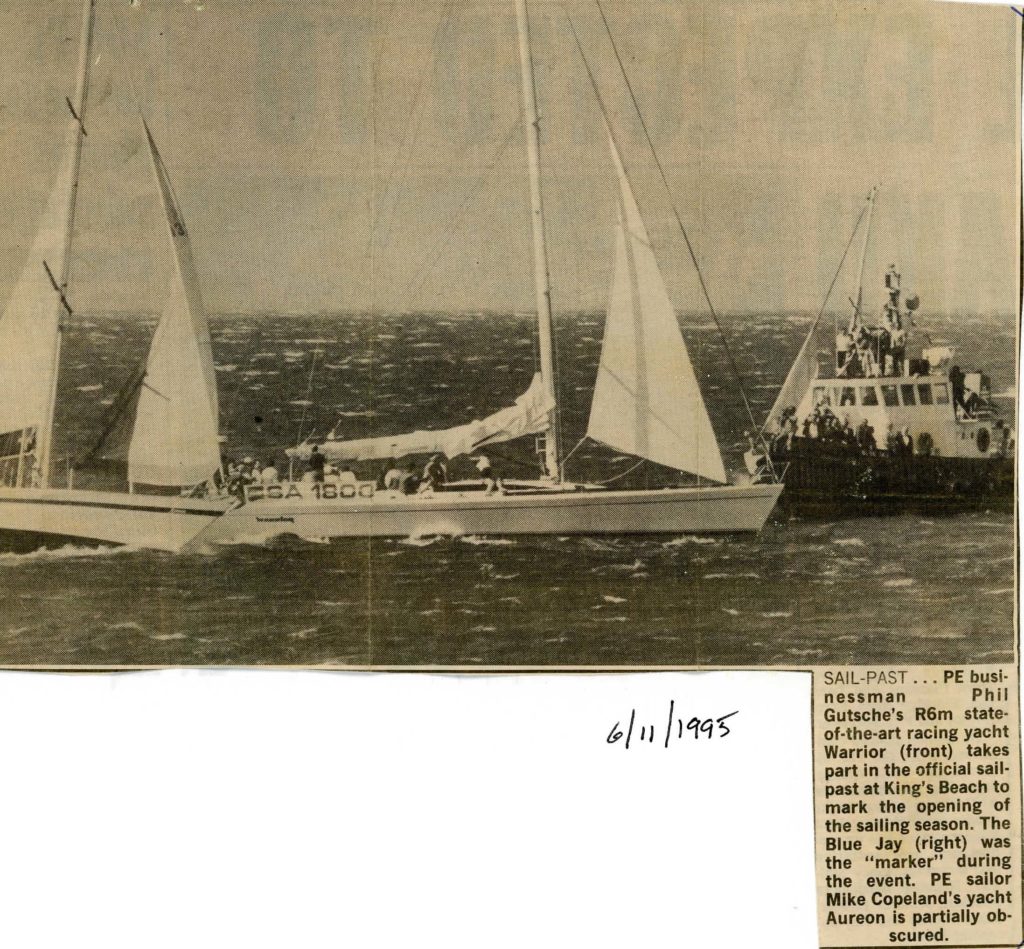 With most cruisers doing their circumnavigations from East to West, Durban was always the first South African city they stopped in after a tough passages in the Indian Ocean. The city, “back in the day”, always received high praise from these intrepid yachties.

The second leg of the BOC Challenge was in countdown mode to the second leg start with John Martin and Bertie Reed tipped as being in a “hard battle”.

Remember Rothman’s Week? In 1987 more than 80 yachts were expected to enter, with the L34s likely to have their own class for the first time as 8 boats were expected from Natal.

SA super-yachts were in demand abroad, while a 1992 headline in the EP Herald indicated that “Pulling Weeds Led to High-seas Racing”. This is a delightful story.

1969. “Durban Earns World Praise – Yachtsmen”. Durban is world-renowned for fine weather, good hospitality and the availability of good jobs, according to two young yachtsmen who arrived in the port early today aboard their 33ft ketch, ‘Maristela’.
To read the full report, Click on the following LINK:  1969 11 06 607 10

1969. “‘Ellimatta’s’ A Yacht with A Difference”. According to her builders, ‘Ellimatta’, the luxury 45ft trimaran at present berthed at the Point Yacht Club’s main small boat jetty, is the biggest of its kind ever made in Australia – and one of the biggest in the world.
To read the full report, Click on the following LINK:  1969 11 06 607 18

1986. “Ocean Racers Prepare for Second Leg”. The countdown has started in Cape Town for the second leg of the gruelling round-the-world single-handed yacht race. With 21 contenders expected, the race itself appears likely to become a master-pupil battle with boat sailors South Africans.
To read the full report, Click on the following LINK:  1986 11 06 552

1987. “80 Yachts Expected for Top City Regatta”. More than 80 yachts are expected to enter next month’s Rothmans Week Regatta, with Cape Town yachtsmen eager to regain prestige lost after Natal boat ‘Gwaap’ sailed off with the laurels last year.
To read the full report, Click on the following LINK:  1987 11 06 1

1991. “SA Super Yachts In Demand Abroad”. Some of the world’s richest men are shopping in South Africa for high-tech super yachts that will hold their own in Monaco or Cowes.
To read the full report, Click on the following LINK:  1991 11 06 413 8

1992. “Pulling Weeds Led to High-seas Racing”. Shipmates Douglas Makafola and Alan Dando of Johannesburg, ready as ever for the Cape-to-Rio yacht race early next year, have come a long way since Douglas was employed by Alan as a gardener in 1973.
To read the full report, Click on the following LINK:  1992 11 06 428 13