On This Day – 30 September. A Newspaper History of Sailing 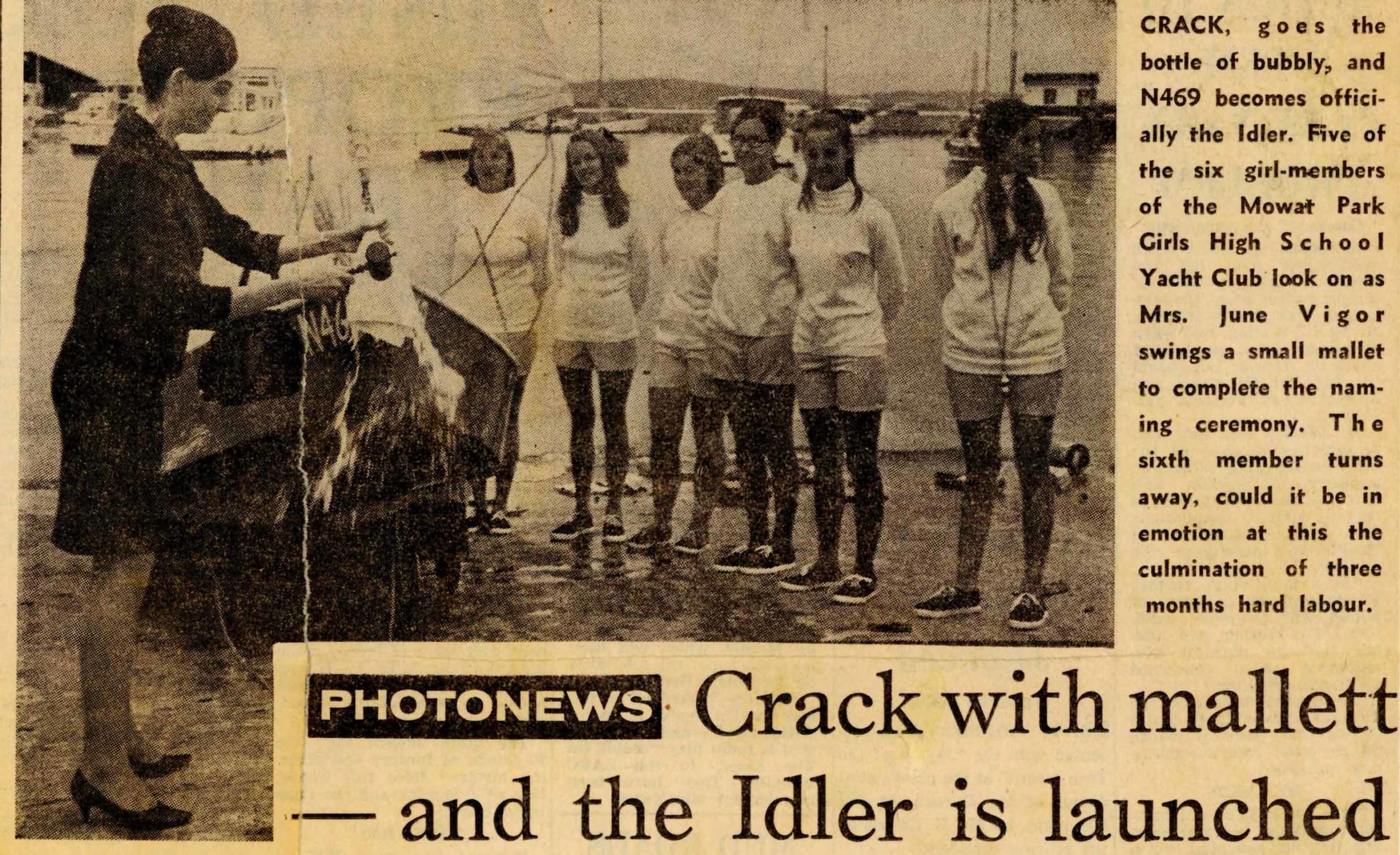 “On This Day” finishes TODAY and will be replaced by “From My Archives”.

After many years, in fact decades, of collecting material on our sport and wanting to sort and organise the information into an archive that was more user-friendly, I started with many boxes of newspaper cuttings I had. This entailed digitising and scanning every single one, and saving them in a chronological date order – a daunting task as there are in excess of 20 000 cuttings.

To read the full reports, click on the LINK following each headline.

1967. “Albion’s Yachts to Take·part in Cruise”. Five bosun yachts of the commando carrier HMS Albion, which arrived in Durban yesterday, will take part in the opening cruise of the yachting season this afternoon.
To read the full report, Click on the following LINK:  1967 09 30 – Pfotenhauer – 000085

1969. “Crack with Mallett – and the Idler is Launched”. Old salts at the Point Yacht Club gasped and called for another round yesterday afternoon when a bevy of six
leggy schoolgirls from the Mowat Park Girls’ High School arrived at the yacht mole to launch their yacht, the first wholly owned by a girls’ school yacht club in South Africa.
To read the full report, Click on the following LINK:  1969 09 30 – Pfotenhauer – 000131

1985. “Doctor From Rival Yacht Treats Crewman in Mid-ocean Drama”. An armada of more than 60 small craft, two helicopters and a low-swooping South African Airways Boeing formed part of the magnificent send-off for the 19 participants in the Beachcomber Indian Ocean Crossing on Saturday afternoon.
To read the full report, Click on the following LINK:  1985 09 30 – 000248

1986. “Martin Further Ahead”. John Martin in Tuna Marine Voortrekker II built up a commanding lead in the BOC solo round-the-world race at the weekend, leaving the French boats Biscuits Lu and Credit Agricole III 192 and 295 nautical miles astern, respectively.
To read the full report, Click on the following LINK:  1986 09 30 -000026

1986. “All the Cups Are in the Cape: It’s A Mug’s Game Elsewhere”. All the gold nuggets may be up in the Transvaal, but just about all the major silver (and other-coloured) sports trophies are now in the hands of Western Province.
To read the full report, Click on the following LINK:  1986 09 30 -000028

1989. “A Triumphant Exit for the Meiring Naude”. She did not take line honours; nor did she win on handicap.
But when the CSIR’s Meiring Naude “got the gun” at the finish line in Durban after the 1989 Crystic Beachcomber Crossing from Mauritius, she was given a right royal welcome from many of the yachts that had made the crossing.
To read the full report, Click on the following LINK:  1989 09 30 – 000157

1991. “Keelboat Week Stalls on the Starting Grid”. Frustration was the name of the game at Vaal Dam yesterday as the crews of 65 boats waited for enough wind to get the 1991 Sailsure Keelboat Week under way.
To read the full report, Click on the following LINK:  1991 09 30 411 35

1995. “SA Quartet Sweep Into Second Round”. South Africa’s Nations Cup finals team of Bruce Savage, Ian Ainslie, Clinton Wade-Lehman (all from Durban’s Point Yacht Club) and Marc Lagesse survived the first round of the competition and joined Denmark, France, the US, Canada and Peru in round two.
To read the full report, Click on the following LINK:  1995 09 30 056

2004. “Imperial Yacht Club Ready for Summer”. The Imperial Yacht Club is a dinghy yacht club based at Zandvlei, Lakeside.
It has its origins in the Lakeside Boating Club, which was formed on the banks of Zandvlei in 1906.
To read the full report, Click on the following LINK:  2004 09 30 499