On This Day – 30 October. A Peek Into Our Sailing History 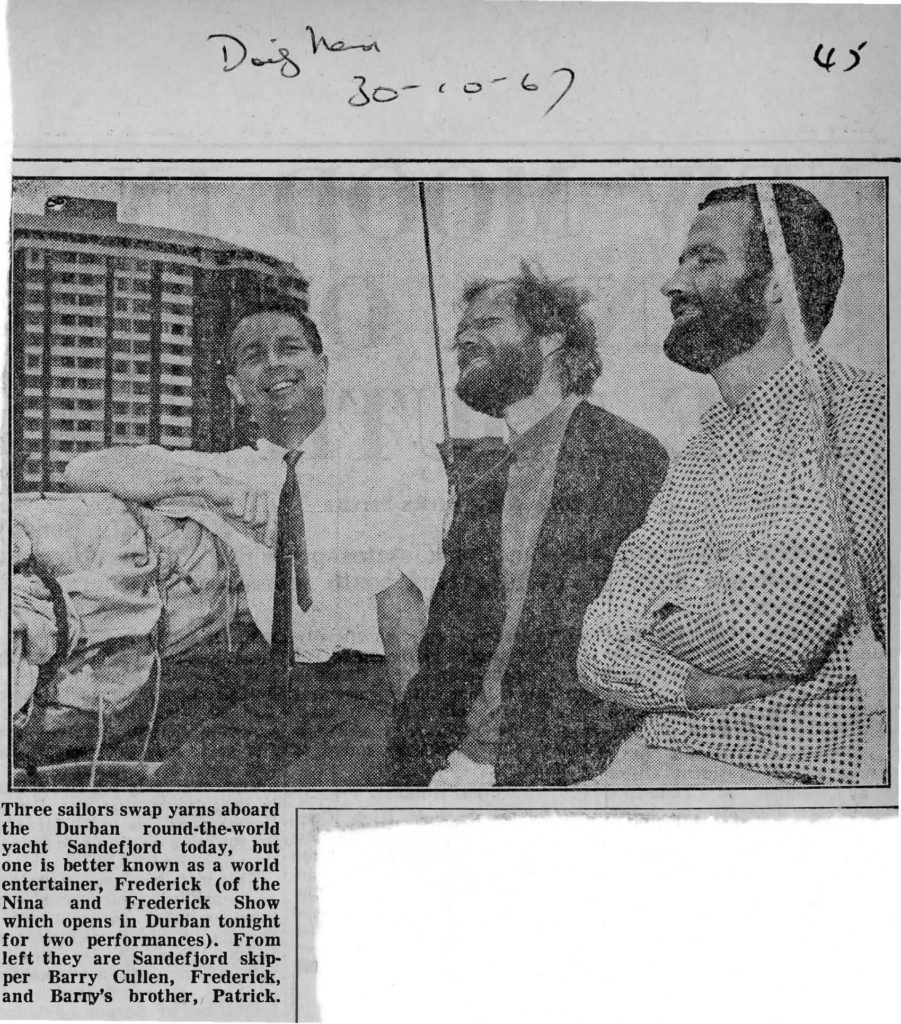 Today, 52 years ago, was a significant day in my life as I was taken to watch the ‘Sandefjord’ movie as part of my 12th birthday celebrations. The rest is history as it was not long after this that I took up sailing. I kept in touch with Barry Cullen over many years, and still, on occasions, watch the movie.

Bertie Reed sailed into Cape Town on this day in 1990 during the BOC Challenge, while the iconic “Coke Can” off Port Elizabeth’s Shark Rock pier was due to be restored to its anchorage.

‘Pilar the Pulveriser’ was launched in Cape Town for the Cape to Rio Race.

And there is nothing more dangerous than a woman scorned as crew aboard the ‘US Woman’s Challenge’ yacht in the Whitbread race mutinied against their skipper! 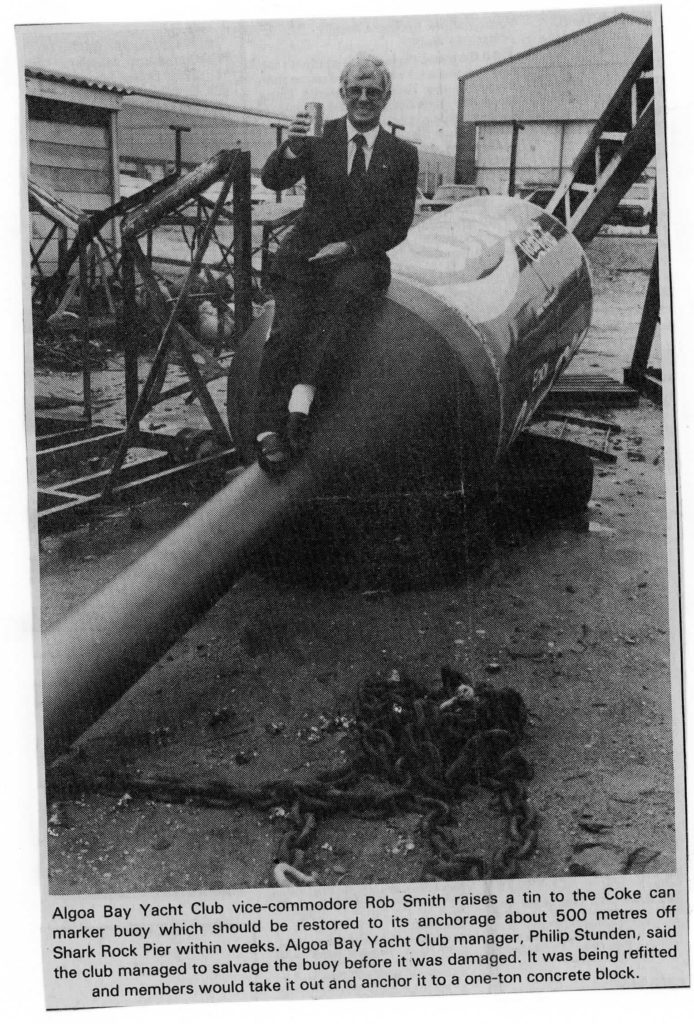 1992. “Hi-Tech Yacht For Rio Race”. The biggest, newest and most expensive hi-tech maxi-yacht built for the Cape-to-Rio race was launched yesterday with her proud Natalian owner brashly predicting that she will steal the thunder from the Cape entries in the race. To read the full report, Click on the following LINK:  1992 10 30 427 52

1993. “Crew Mutiny Against Skipper”. Simmering tension on the only all-women yacht in the Whitbread round-the-world race boiled over to a mutiny this week in Punta del Este, Uruguay. To read the full report, Click on the following LINK:  1993 10 30 207