On This Day – 22 December. A Newspaper History of Sailing 1970. “’Full Speed ·Ahead’ At Race HQ”. The naval base adjoining the Royal Cape Yacht Club in Cape Town, SAS Unitie, has become fully operational as Rio race headquarters, and from this base the race committee is now feverishly preparing for the 3 600-mile international competition.
To read the full report, Click on the following LINK:  1970 12 22 834

1996. “Row After Gale Havoc”. Storms of controversy among competitors and the committee matched the fury of the weather that left yachts crippled and broken, in the windiest Rothman’s Week in years.
Seventy-four km/h south-easterly winds screaming over Table Bay yesterday caused carnage in the Rothman’s Week sailing fleet, as yachts broached, booms broke, sails shredded and a row broke out among the competitors.
To read the full report, Click on the following LINK:  1996 12 22 888

1996. “Lasers Light Up the Action”. The Laser class is lights ahead of the opposition at the moment.
Becoming an Olympic sport has definitely contributed towards an upsurge in interest in this class of sailing. There is also a ready source of boats on the market and this has helped local sailors.
To read the full report, Click on the following LINK:  1996 12 22 889

1999. “Brave Bruce to Set Sail From Sydney”. The memories are fading, but the nightmare of the hellish storm that exploded on the 1998 Sydney-Hobart yacht race – killing six sailors – still haunts those who will again do duty in this year’s race.
To read the full report, Click on the following LINK:  1999 12 22 170 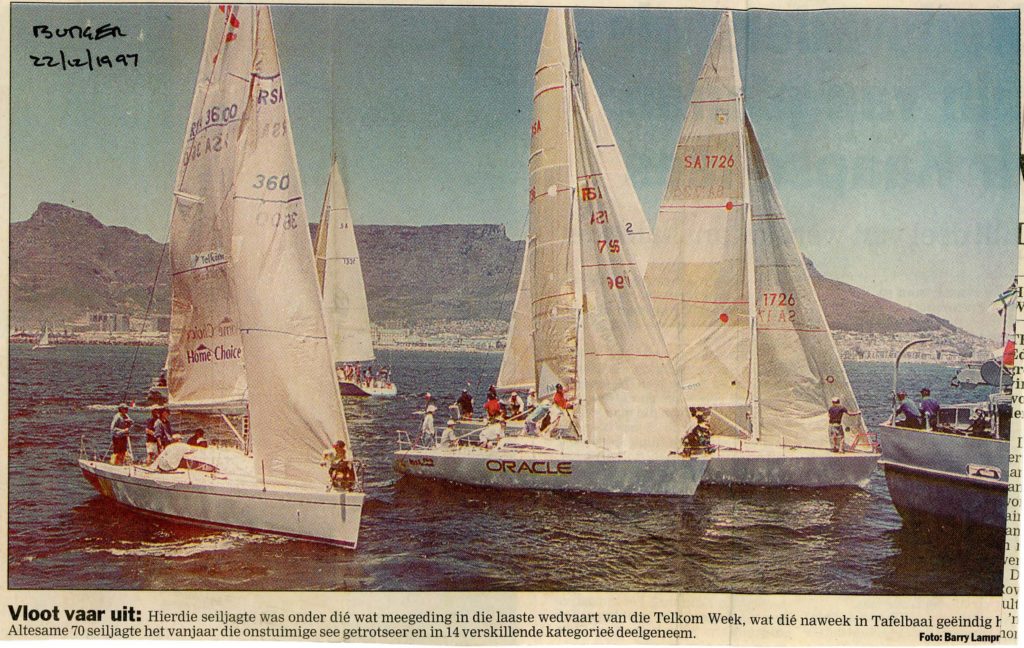