On This Day – 19 November. A Newspaper History of Sailing 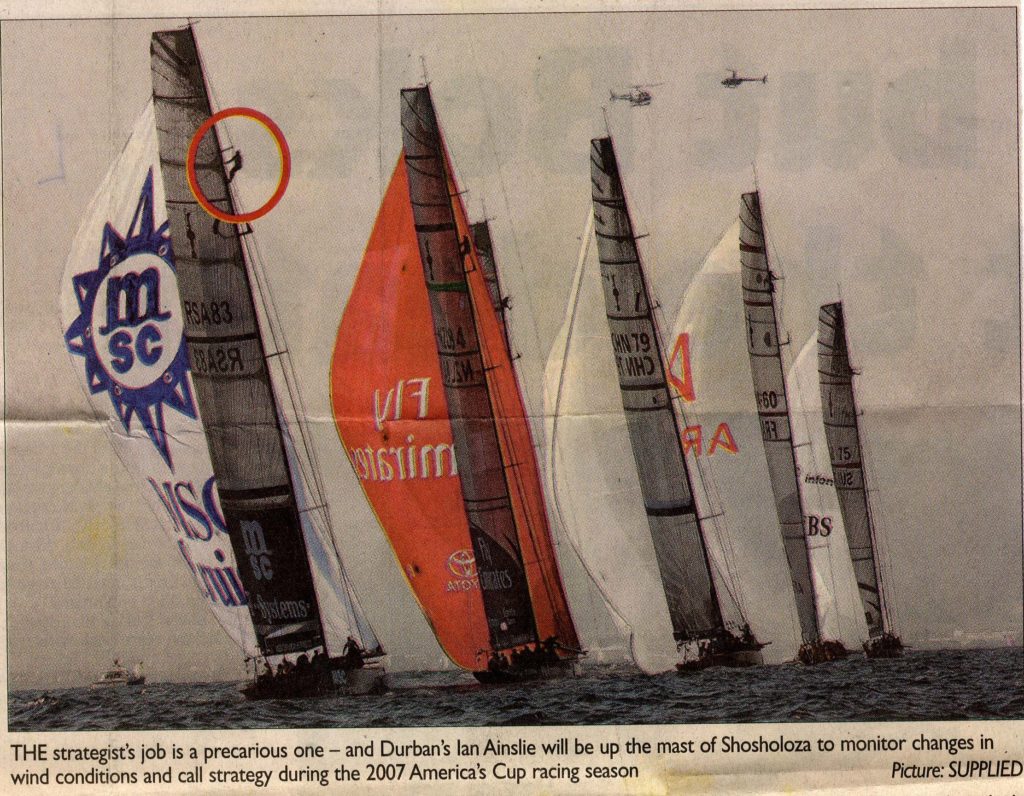 I have been paging through a scrap book of Rio Race cuttings given to me by Thirsty Bertie. There is some really interesting material in there which will be shared soon. Thank you Thirsty.

The opening feature today is from 1970 and about an acting Deputy Sheriff who is doing the Rio Race.

We then fast-forward to 1991 and an article about an award for action on yachting legislation. My question though, does the RCYC still award this trophy?

There is an interesting report on bringing women into the sport via SALSA! Read the full report for more…

Swedish Match had fought back and retaken the lead in the Whitbread Race, and a good report about Ian Ainslie being the ‘Shosholoza’ strategist.

1970. “Acting Deputy Sheriff for Rio Race”. Durban’s former acting deputy sheriff, Mr P.C.A. (Archie) Snyman, will cast aside knotty legal problems for “knotty” nautical problems early next year when he joins the crew of the yacht ‘Ocean Spirit’ for the Cape to Rio race.
To read the full report, Click on the following LINK:  1970 11 19 317_Redacted

1991. “Award for Action on Yachting Legislation”. A top Cape Town yachtsman has received the 1991 Edinburgh Crystal award for the most outstanding contribution to the Royal Cape Yacht Club.
To read the full report, Click on the following LINK:  1991 11 19 413 16_Redacted 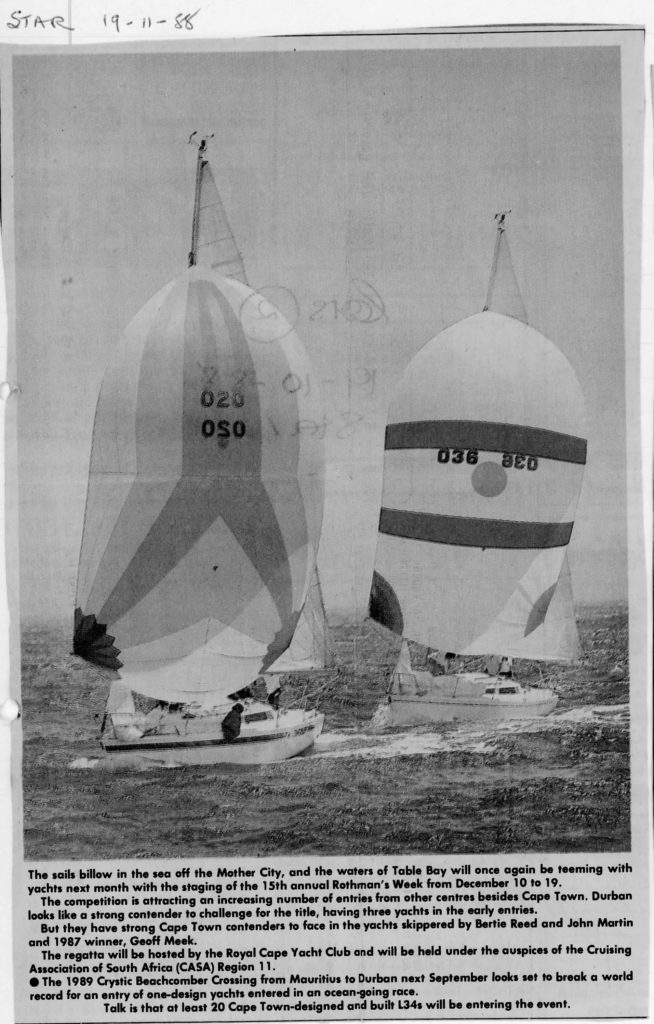 1991. “Chance for Women to Get in Step”. The term ‘SALSA’ brings to mind visions of exotic dancing but for many women in Durban it now means getting in step with the tempo of sailing.
To read the full report, Click on the following LINK:  1991 11 19 413 20_Redacted

1997. “Yachting: Swedish Match Back Ahead”. Whitbread Round the World Race second leg leader ‘Swedish Match’ was back in control yesterday, relieved to have avoided a repeat of the previous day’s sailing which saw the pack take a huge chunk from its lead..
To read the full report, Click on the following LINK:  1997 11 19 444