On this Day 18 October. A Peek Into Our Sailing History 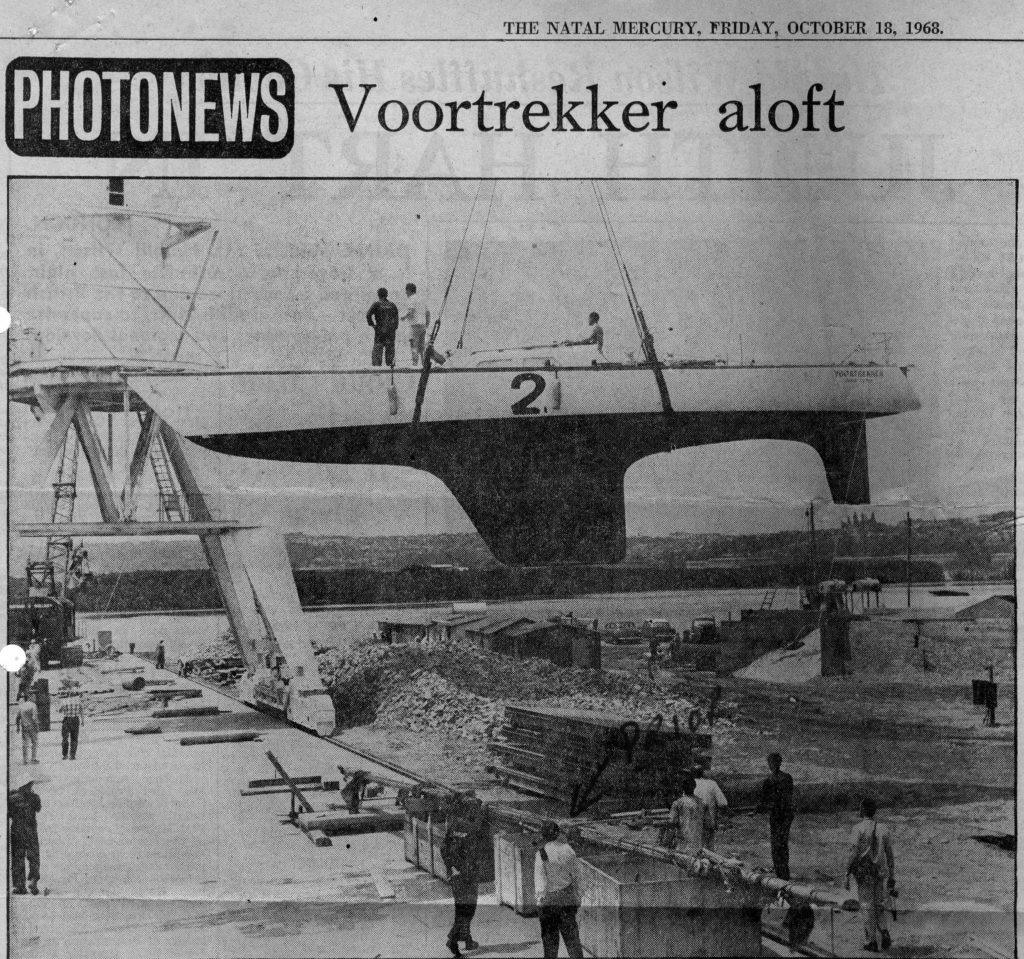 Today is almost all about how tough it is going to sea in terms of disasters and near disasters, especially to ‘Voortrekker’ as the headline shouted: “Cracks Could Have Spelt Disaster For Bruce”. Another report raises the thorny issue of bureaucracy in our sport – something I detest.

Bertie was due into Cape Town this time 33 years ago on the first leg of the BOC Challenge. Another headline said: “sailors bring fever to Cape”.

And while not duelling it across oceans, Aussie tycoons were battling it out in the America’ Cup trials.

The headline that I identify with most is a wonderful editorial written by master wordsmith Dave Beattie entitled: Landlubber Martin the forgotten man”. It’s a really good read.

1968. ‘Cracks Could Have Spelt Disaster For Bruce’. Bruce Dalling could easily have been dismasted in mid-ocean during his recent transatlantic yacht race. CLICK on this link to read all about it:  1968 10 18 308

1969. ‘Trouble Ahead for the Dues Dodgers’. “Looks as though the bay’s covered in snowflakes,” was the comment I overheard earlier this month when the opening cruise of the new yachting season was taking place. CLICK on this link to read all about it:  1969 10 18 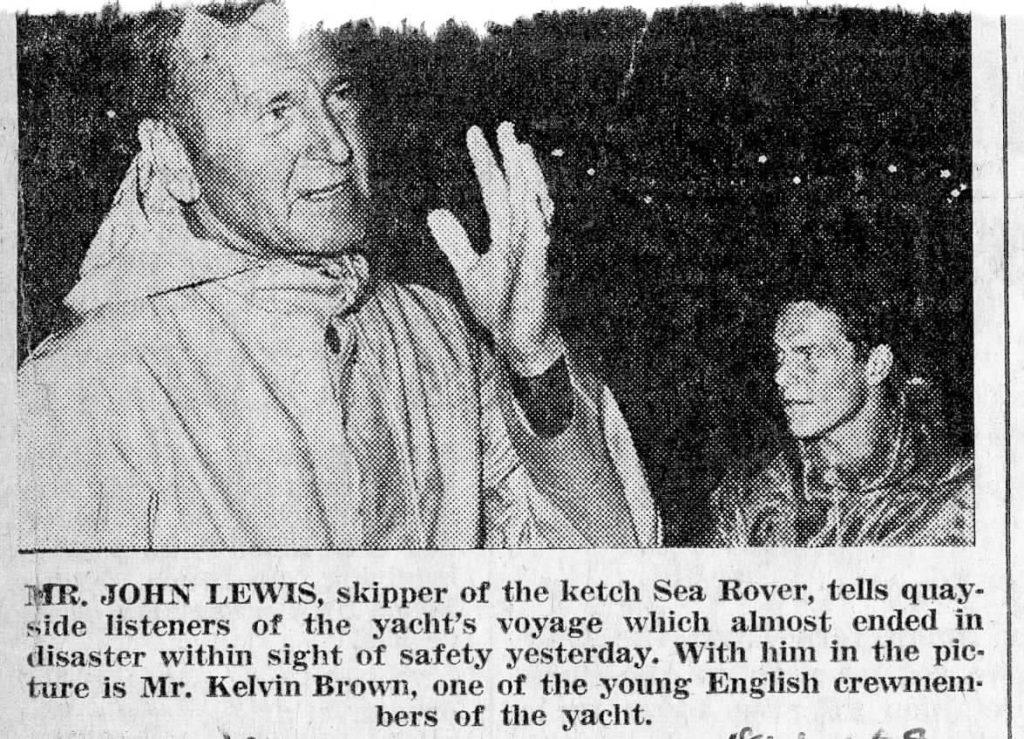 1969. ‘Ketch in Sea Storm Drama’. “It was our first trouble – and our last” quipped an exhausted American yachtsman, 45-year-old John Lewis, when his ketch was moored safely in Durban harbour last night. CLICK on this link to read all about it:  1969 10 18a

1986. ‘Bertie Due In Today’. Bertie Reed, sailing ‘Stabilo Boss’ is due in Cape Town today after streaking up the field in the first leg of the BOC Challenge round-the-world yacht race. CLICK on this link to view it:  1986 10 18 125_Redacted

1986. ‘Sailors Bring Fever to Cape’. “If only…” sigh the yachting fans, many of who have had little sleep since local hero John Martin was first to cross the line and arrive at the Royal Cape Yacht Club bringing BOC round-the-word race fever with him. CLICK on this link to view it:  1986 10 18 126

1986. ‘Aussie Tycoons Battle it Out in Big Yacht Race’. Multi-millionaire Alan Bond, who won the America’s Cup for Australia in 1983, sends his two yachts into the water today to battle with four other Australian hopefuls for the right to defend it next year. CLICK on this link to view it:  1986 10 18 525

1986. ‘Wreck scare for BOC Yachtsmen’. After 7 100 tough miles at sea and 20 days without the use of an automatic steering device, exhausted French yachtsman Jean-Yves Terlain was pipped at the post by one minute and 20 seconds by American Mike Plant in a Class II boat yesterday. CLICK on this link to view it:  1986 10 18 528

1990. ‘Solo Sailor’s Lucky Escape’. A Swedish pensioner who is sailing single-handedly around the world has arrived in Durban with a harrowing story of how his battered yacht almost sank when it was caught in gale-force winds about 65km off the Natal coastline on Monday night. CLICK on this link to view it:  1990 10 18 393