On this Day 17 October. A Peek Into Our Sailing History 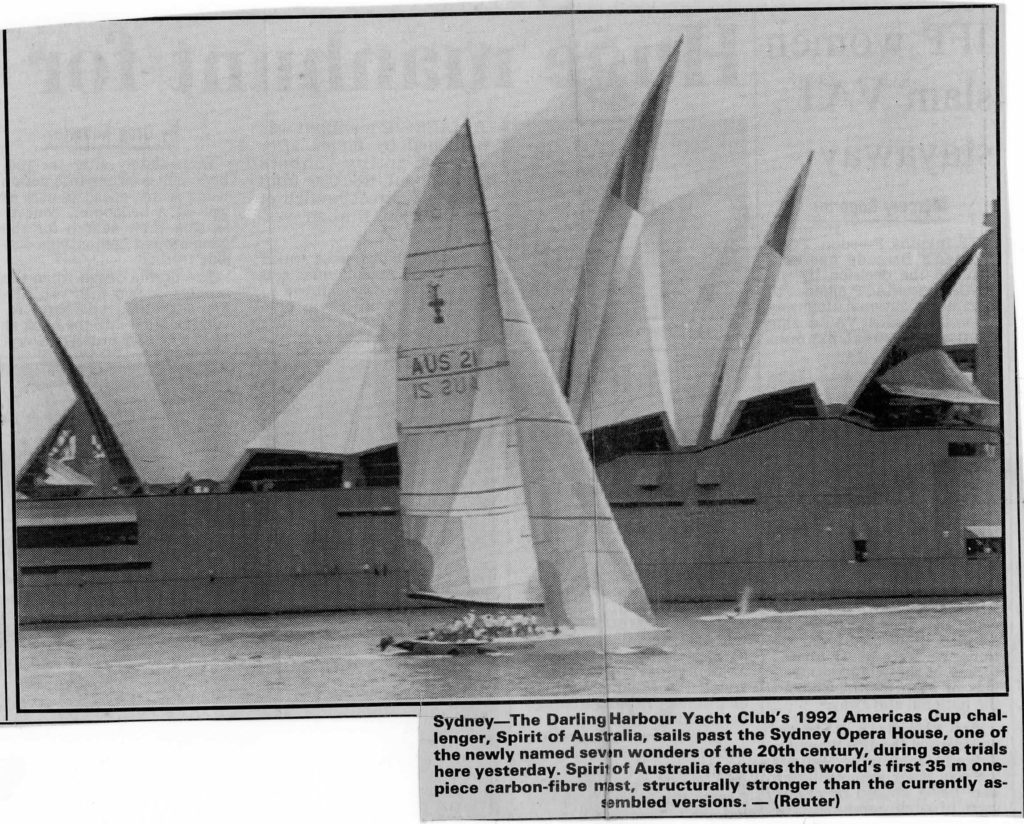 Today my news spans the period from 1967 to 1991, and includes news of ‘Cariad I’, the fact that Rio race fever had hit Durban and that Dennis Conner handed the Kiwis their first challenge defeat. Then it’s a skip to 1991 with the news that the America’s Cup fleet was heading for Sydney, but not for the America’s Cup.

1969. ‘Cariad Ready for Sea in 18 Months’. One of the world’s historically famous yachts, ‘Cariad I’, which has been lying dock-bound and was methodically stripped at the repair wharf in Durban harbour five years ago, is being fitted out for world sea cruises and is likely to undergo trials within the next 18 months. CLICK on this link to read all about it:  1967 10 17

1969. ‘Suddenly, That Rio Race Fever Hits Durban’. Suddenly this week, the news of definite entries for the Rio race were made public, and by Wednesday there were no fewer than six Durban yachts scheduled to be in the race, four of which have already been confirmed by the SAORT in Cape Town. CLICK on this link to read all about it:  1969 10 17