On this Day 14 October. A Peek Into Our Sailing History 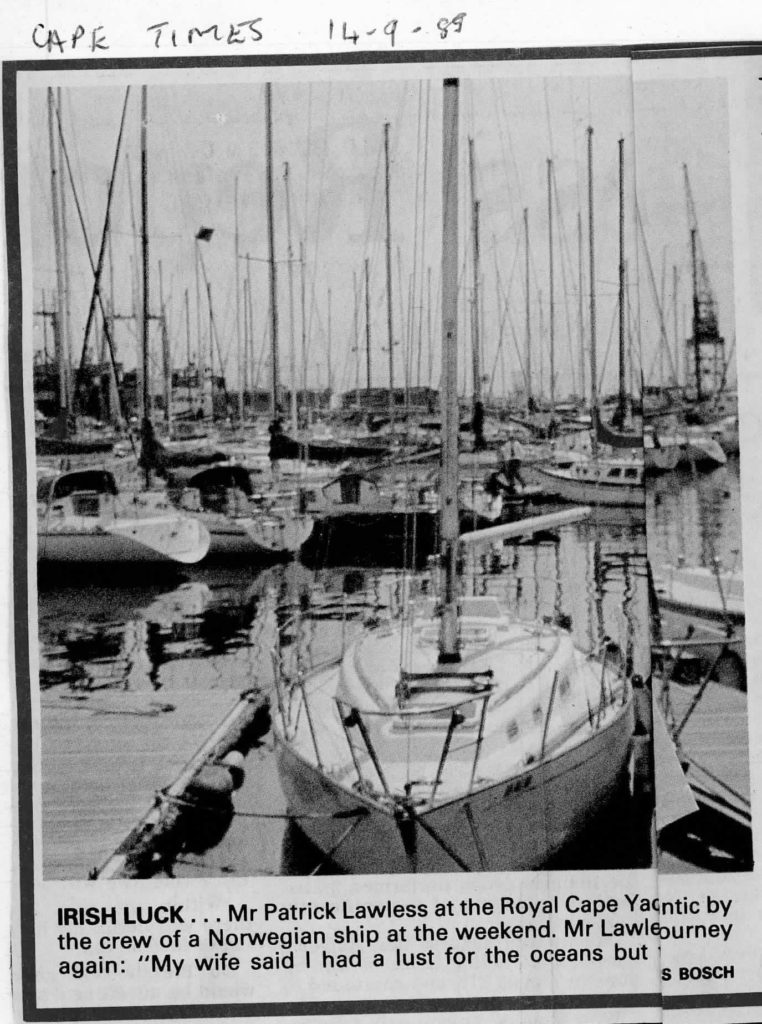 Today we go way back to 1969 at a time when the proposed first Cape to Rio Race was being setup, and interest was being shown far and wide, with the RNYC announcing a new build. We then jump to 20 years later when an Irish sailor was rescued in the South Atlantic. Remember ‘Get More Fun’? Well she was sold by her Durban owner to Tuna Marine. And Bertie Reed took 42 days aboard Grinaker to get to the start of Globe Challenge.

1989. Norwegian freighter saves Irish yachtsman. A 63-year-old Irish sailor trying to circumnavigate the world said that he owed his life to the crew of a Norwegian freight who rescued him after his yacht was damaged in heavy seas. CLICK on this link to read all about it:  1989 09 14 377 10

1989. Top yacht on its way to the Cape. ‘Get More Fun’. The recent line-honours winner of the Crystic Beachcomber Crossing, will sail today for the Cape Town after it was sold to Cape company Tuna Marine. CLICK on this link to read all about it:  1989 10 14 379 3

1989. Reed makes it in 42 sailing days. Bertie Reed sailed his new maxi ocean racer, ‘Grinaker’ into a marina at Les Sables d’Olonne in France early yesterday , 42 days after leaving Cape Town, to take part in the Globe Challenge non-stop single-handed race around the world. CLICK on this link to read all about it: 1989 10 14 a 379 2