On This Day – 14 November. A Newspaper History of Sailing 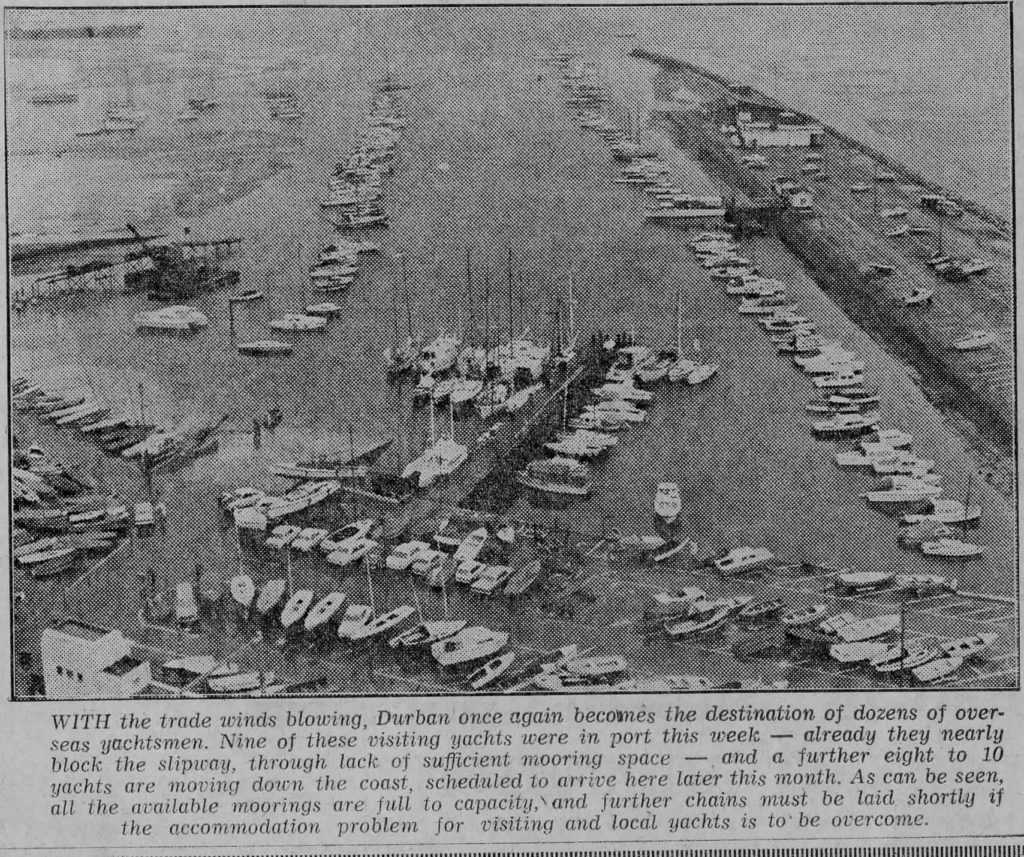 A perennial problem, even back in days of yore, was the lack of moorings. This issue again reared its head in Durban in 1969 – and “Tempo men get set” read the adjoining headline.

Eric Tabarly announced that he was changing the keel of ‘Cot D’or’ in the Whitbread race, a leg into the race, which will mean forfeiting any chance of victory.

Strong winds in Fremantle saw the Yanks come back in the 1986 America’s Cup with vengeance.

Lone Sailor Anthony Steward was on his way back to resume his passage after his wrecked boat was rebuilt.

1969. “Tempo Men Get Set”. The Tempo boys in Durban have been getting their yachts into good shape this week in readiness for their provincial championships to be held at Ladysmith on Saturday and Sunday. Remember the Tempo dinghy?.
To read the full report, Click on the following LINK:  1969 11 14 588 1

1986. “Strong Winds See Yanks Come Back with A Vengeance”. Dennis Conner proved his bid for the America’s Cup was still very much alive as ‘Stars and Stripes’ revelled in the strong winds to defeat ‘America II’ on the final race day of the second challenger elimination round yesterday.
To read the full report, Click on the following LINK:  1986 11 14 568 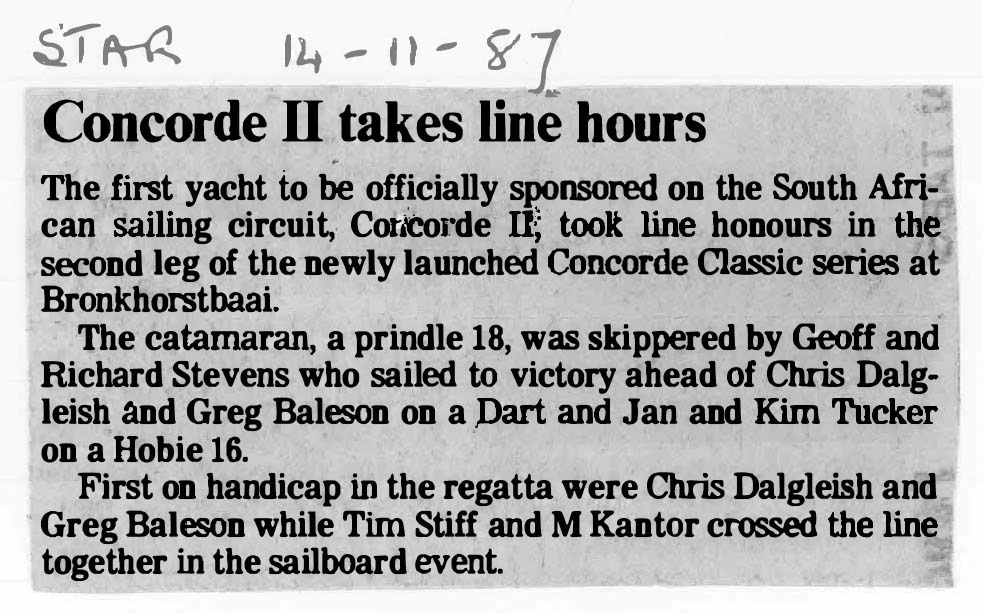 1992. “Lone Sailor Heads for the Hurricanes” A nervous Anthony “Ant” Steward left yesterday for Reunion Island where he will join his yacht, NCS Challenger, for the final leg of his single-handed around-the-world voyage.
To read the full report, Click on the following LINK:  1992 11 14 434 12