On This Day – 12 November. A Newspaper History of Sailing 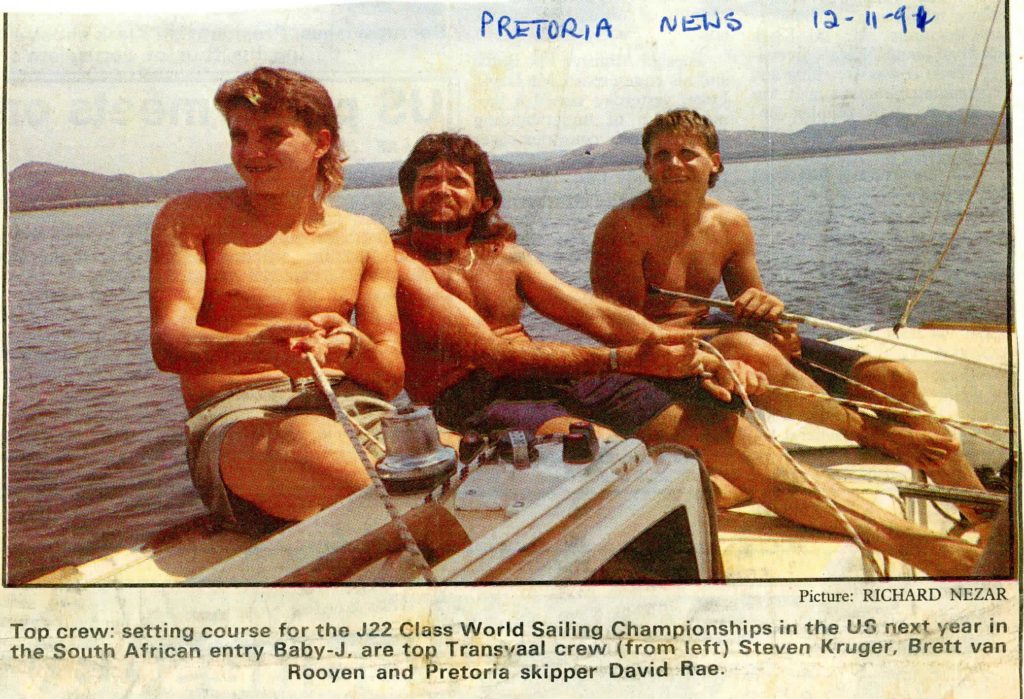 Bruce Dalling swapped sail for power as he signed up as 3rd mate aboard a freighter, while American John Snowden sailed his 25ft. Masthead sloop single-handed into Durban three years after buying it as a weekend pleasure cruiser.

Midmar was a hive of activity, while three young Transvaal yachties were heading to the J22 Worlds in the USA, and the Eastern Cape had a good entry for its Grand Prix.

Dale Granger reported on the Legal Eagle’s sailing duel, with comment from Ant Steward in this humorous report.

1969. “John Has Sailed Alone for 3 Years”. John Snowden, a 49 year-old American bachelor sailed his 25ft. Masthead sloop single-handed into Durban’s yacht basin this week – more than three years after buying the craft he originally intended to use as a weekend pleasure cruiser.
To read the full report, Click on the following LINK:  1969 11 12 607 9

1970. “New Start Time for Rio Race”. The organisers of the Cape-to-Rio yacht race have decided to put the starting time of the race forward by one and a half hours. Instead of the field of more than 60 boats setting sail for Rio at 6 p.m. as originally planned, the start has now been set for 4.30 p.m. on January 16, in Table Bay.
To read the full report, Click on the following LINK:  1970 11 12 311_Redacted

1986. “Conner Beaten Again”. Britain’s ‘White Crusader’ yesterday dealt a heavy defeat to the most feared skipper in the America’s Cup, Dennis Conner.
To read the full report, Click on the following LINK:  1986 11 12 614

1987. “Cherry Brandy Toast to Dias”. South African and Portuguese sailors aboard the caravel ‘Bartholomeu Dias’ clinked goblets of cherry brandy yesterday as the vessel headed for Madeira.
To read the full report, Click on the following LINK:  1987 11 12 2

1987. “Hive of Activity At Midmar”. The Henley-MIdmar Yacht Club was a hive of activity last weekend when over one hundred entries took advantage of the beautiful sailing weather to participate in the numerous races sailed on Midmar.
To read the full report, Click on the following LINK:  1987 11 12 2 copy

1991. “City Yachtsman Leads SA Team for World Sailing Event”. A top Pretoria yachtsman has been selected to skipper the South African entry in the J22 Class World Sailing Championships in the United States next year.
To read the full report, Click on the following LINK:  1991 11 12 413 11 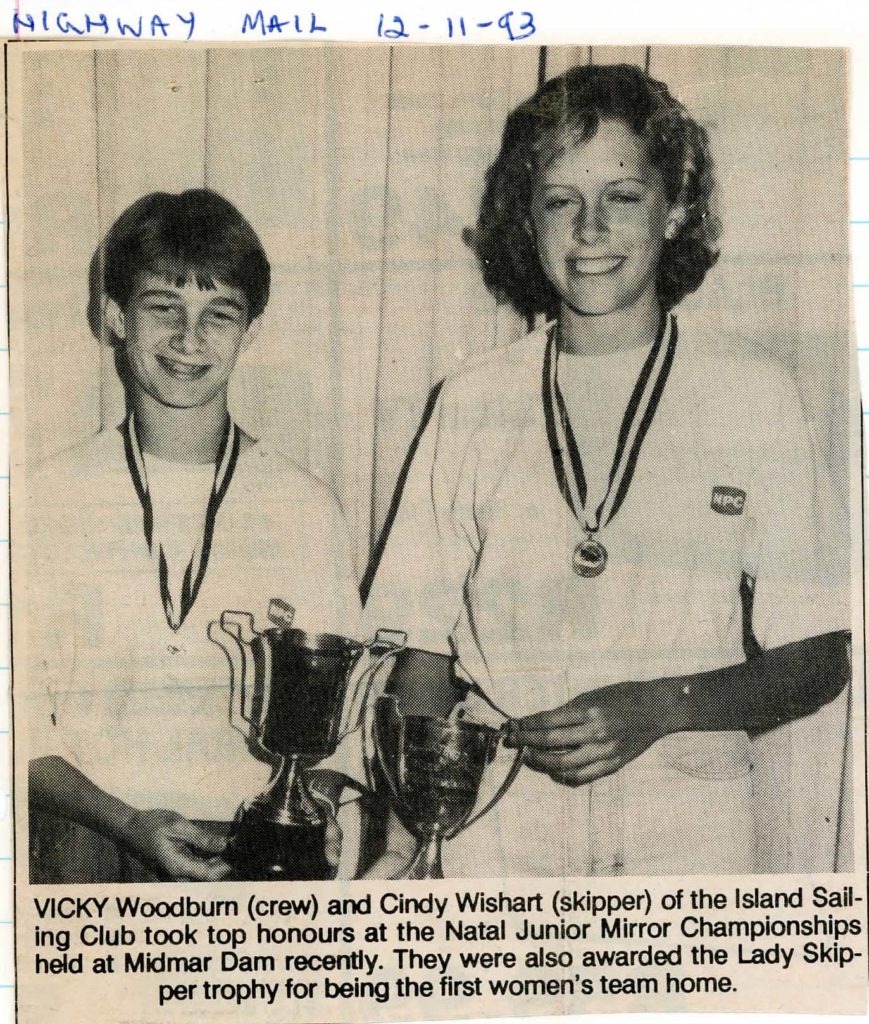 1999. Sailing by Dale Granger. It’s that time of year again when – under a plea of temporary insanity – I have to disclaim all responsibility for the alleged content of this preview for Saturday’s Legal Eagle’s sailing duel.
“It’ll triple the shark population in Table Bay” quipped Royal Cape Yacht Club general manager Anthony Steward.
To read the full report, Click on the following LINK:  1999 11 12 481 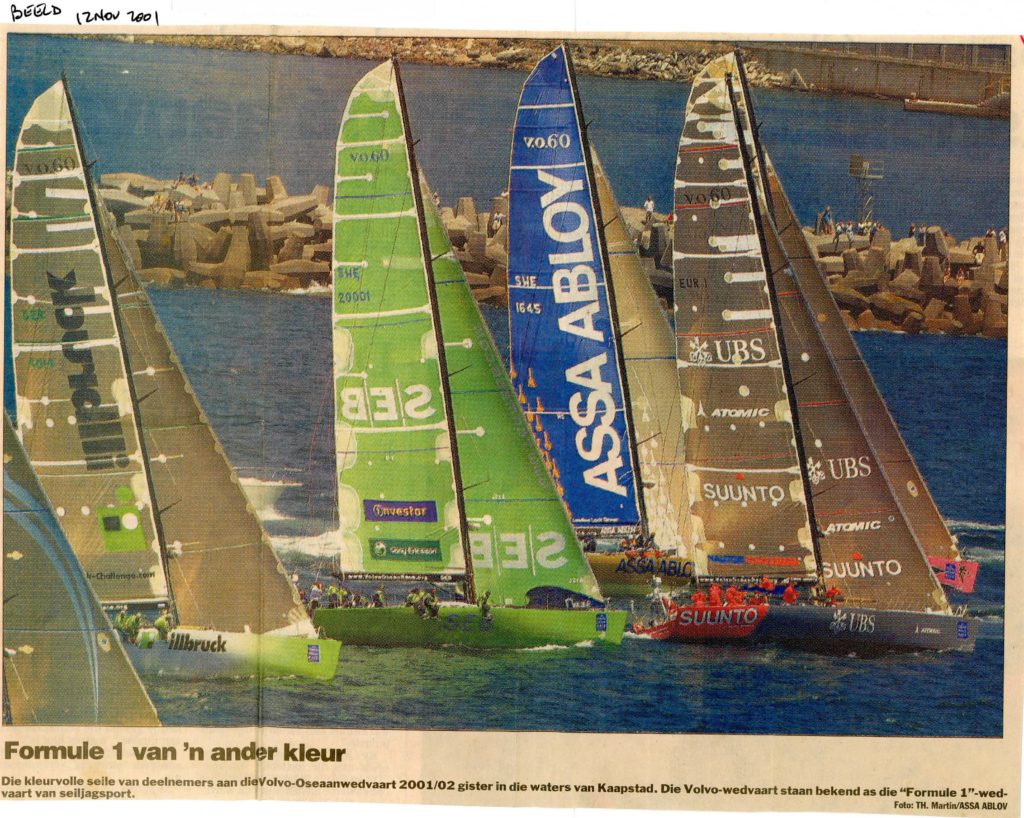 2001. “Around the World Yachts Leave Cape for Australia”. Amid strong winds, crews of the eight yachts in the Volvo Ocean race sailed towards Sydney on the second leg of the around the world journey.
To read the full report, Click on the following LINK:  2001 11 12 552