On This Day – 12 December. A Newspaper History of Sailing 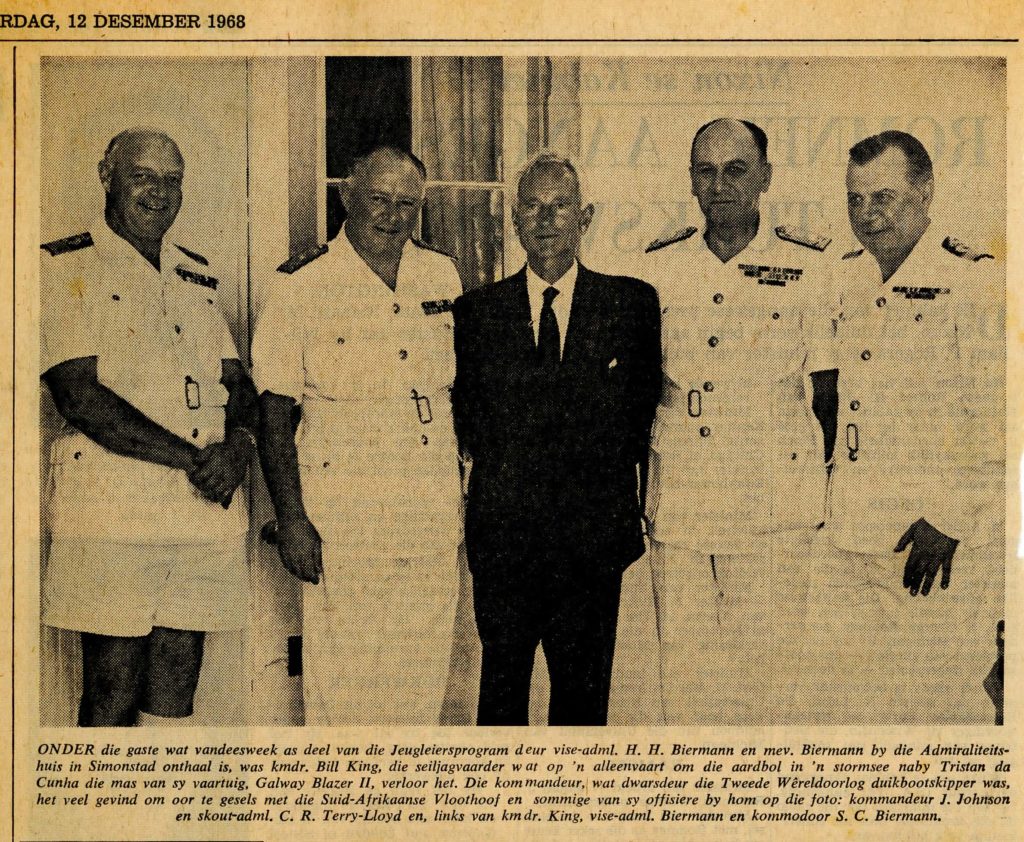 1984. “Spanish Inquisition Comes to Table Bay”. Yachtsmen watching the antics on board the maxi-yacht 3CR12 during the second day’s sailing of Rothmans Week could easily have believed they were watching some medieval torture rite.
To read the full report, Click on the following LINK:  1984 12 12 319 5

1985. “Big Turn Out for Coke Regatta”. The PEYBC’s Coke Regatta at the weekend attracted more than 75 entries from Hobie, Laser and Windsurfer sailors. Of these 49 were Hobies from as far afield as Plettenberg Bay, Knysna and East London.
To read the full report, Click on the following LINK:  1985 12 12 876_Redacted

1990. “Martin Has to Hand-steer His Yacht”. With 1 400 miles left to Sydney, South Africa’s John Martin has been forced to hand-steer his yacht, Allied Bank, in the second leg of the BOC Challenge to preserve his only autopilot, and had only been able to sleep for one hour in the past few days.
To read the full report, Click on the following LINK:  1990 12 12 395 3 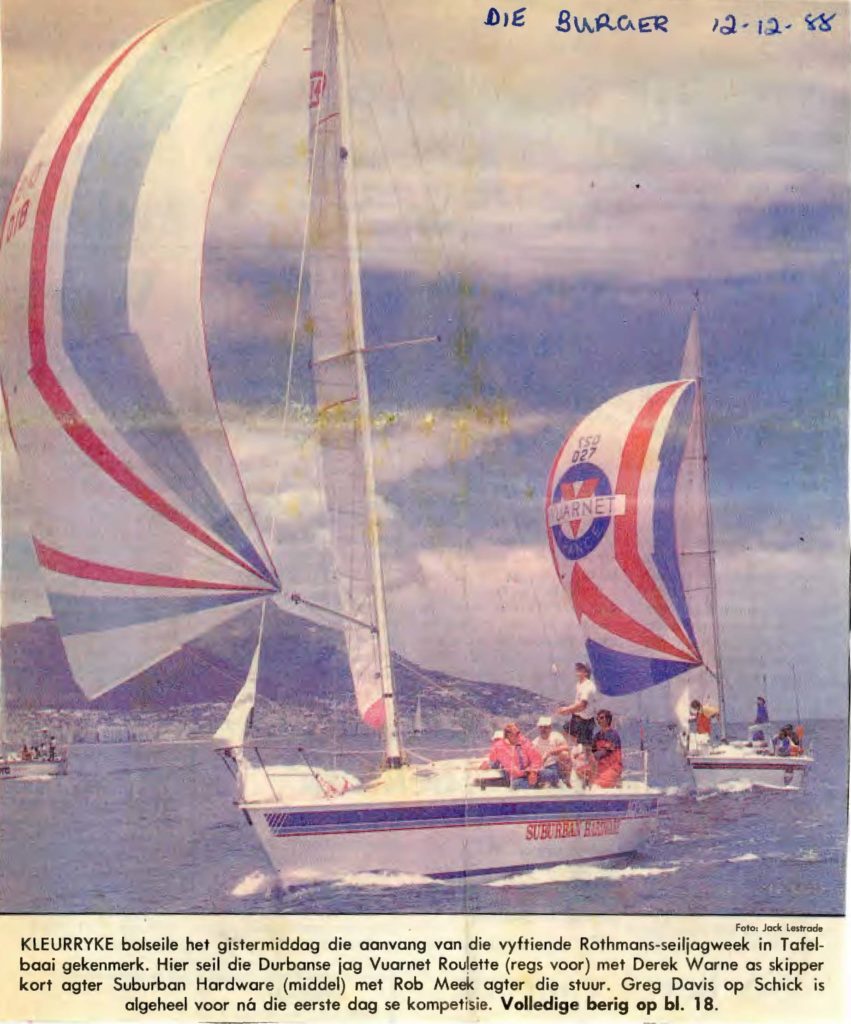 1992. “Germans Ahead in Race to Rio”. A foreign entry has taken over the handicap lead in the Rothmans Cape-to-Rio yacht race. Morning Glory, Hasso Plattner’s 50-footer from the Kieler Yacht Club in Germany, is fitted with the most sophisticated computer system and software package designed for the race.
To read the full report, Click on the following LINK:  1992 12 12 334 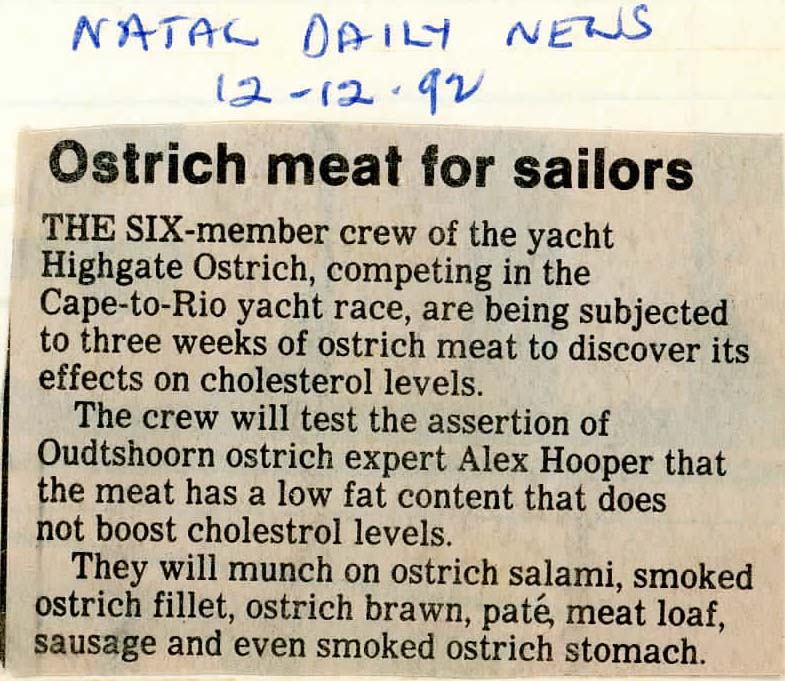 1998. “French Woman Sailor Takes Lead”. French solo sailor Isabelle Autissier has taken the lead on the second leg of the Around Alone yacht race despite reporting some problems with her boat’s keel earlier this week.
To read the full report, Click on the following LINK:  1998 12 12 305