On This Day – 11 December. A Newspaper History of Sailing 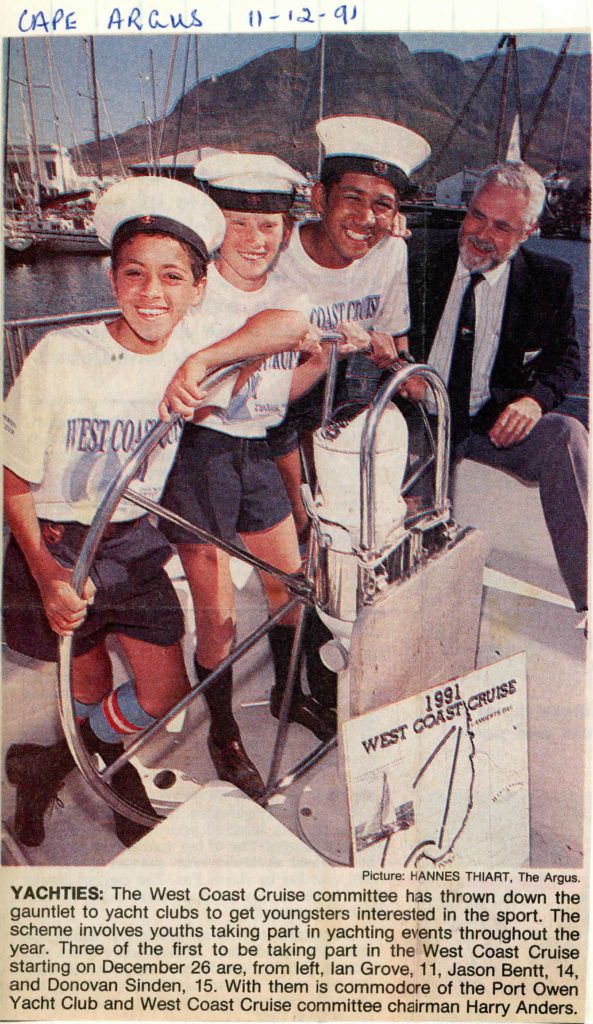 1985. “WP Colours for Junior Yachtsmen”. The 10 junior yachtsmen selected to represent Western Province at the Interprovincial Schools Yachting Contest to be held at Swartvlei from December 31, 1985 to January 1, 1986 will be awarded Western Province team colours and will be nominated for Western Province junior colours for sailing.
To read the full report, Click on the following LINK:  1985 12 11 873 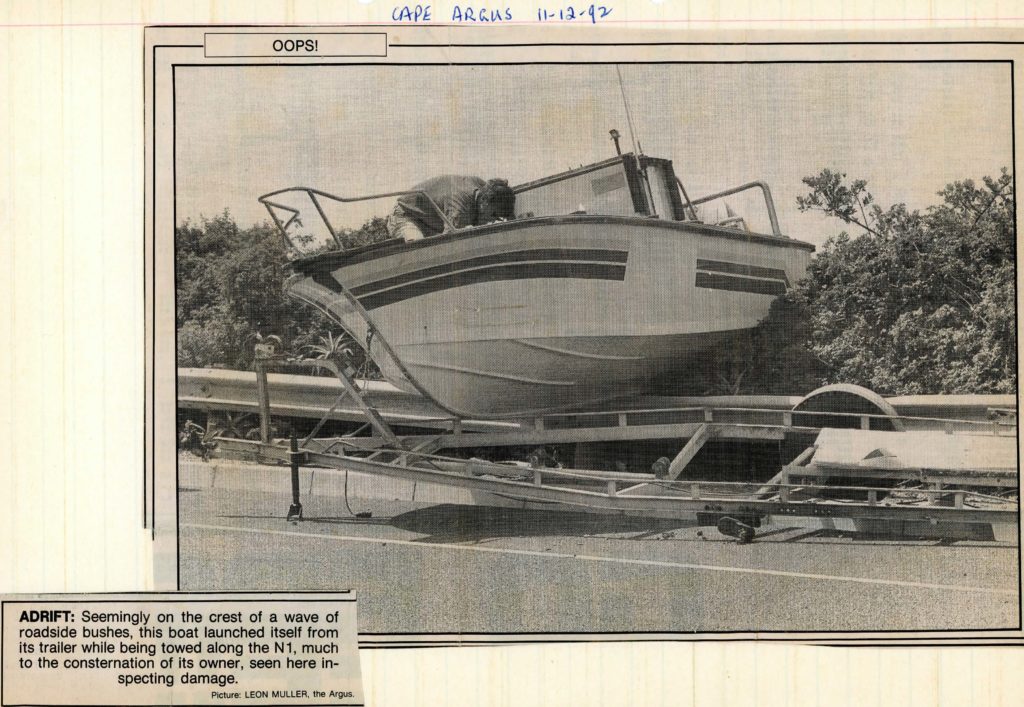 1987. “Natal Yachtsmen Gather at Midmar”. The best of Natal dinghy yachtsmen will be gathering at Midmar next week for their Provincial Championships in the Fireball, 505, Laser, Flying 15, Miracle and Laser II classes, the Mirror National Championships and the Hunter keel boat provincials.
To read the full report, Click on the following LINK:  1987 12 11 1

1993. “‘Suicide Sailor’ Back Home Safely”. Boardsailing record in turbulent waters for PE daredevil. Despite warnings of rough seas and man-eating sharks, William Tyson of Port Elizabeth this week became the first person to. complete a “suicide sail” from Richards Bay to Durban on a sailboard.
To read the full report, Click on the following LINK:  1993 12 11 194_Redacted 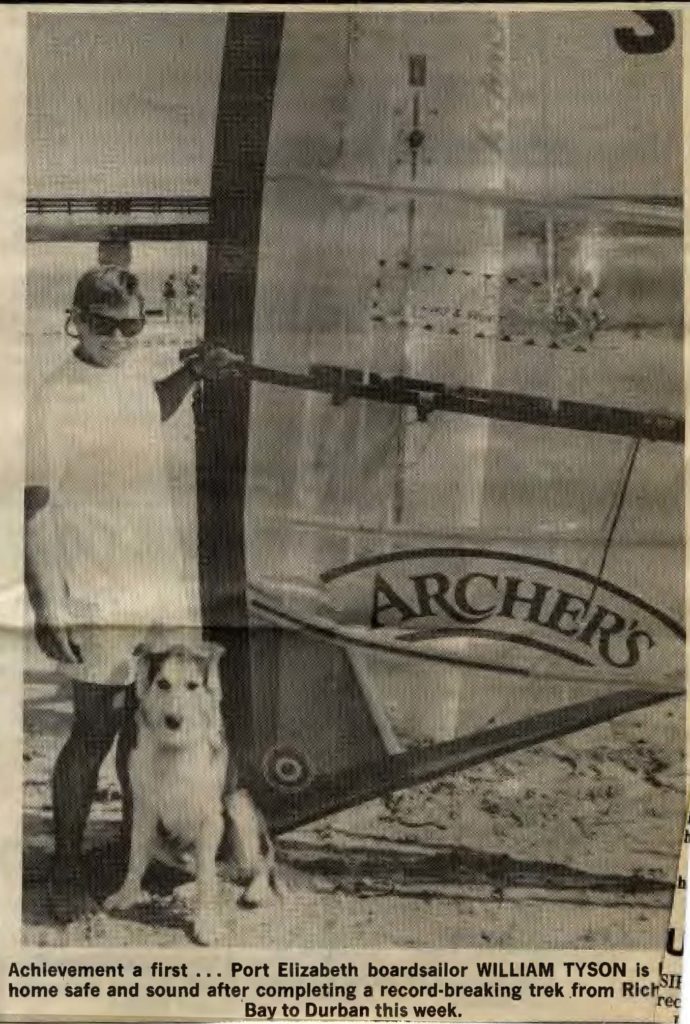 1993. “Abromowitz Performs Some Drastic Surgery”. In a no-holds-barred move to optimise an old yacht for victory status in this year’s Rothmans Week the owner has simply taken the axe to the transom and chopped it off.
To read the full report, Click on the following LINK:  1993 12 11 195 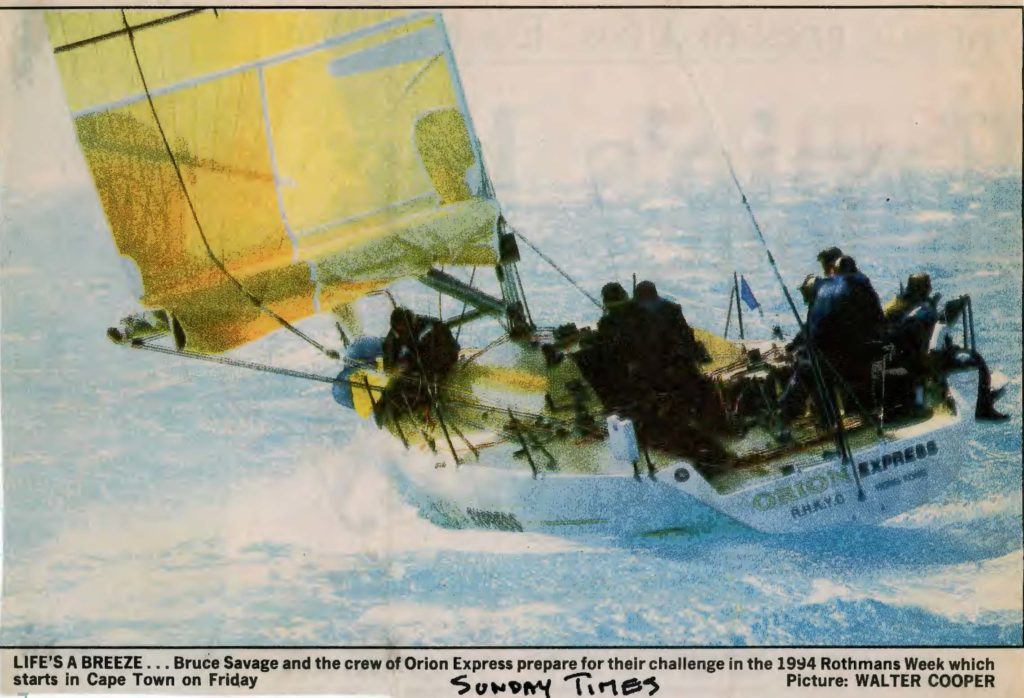 1994. “Sails Set As Fast New Boat Enters the Fray”. Rothmans Week, which starts in Cape Town on Friday, will provide a preview of South Africa’s challenge in the 1995 Admirals Cup, to be held off Cowes, England, in July.
To read the full report, Click on the following LINK:  1994 12 11 065_Redacted