On These Days – 8 & 9 November. A Newspaper History of Sailing 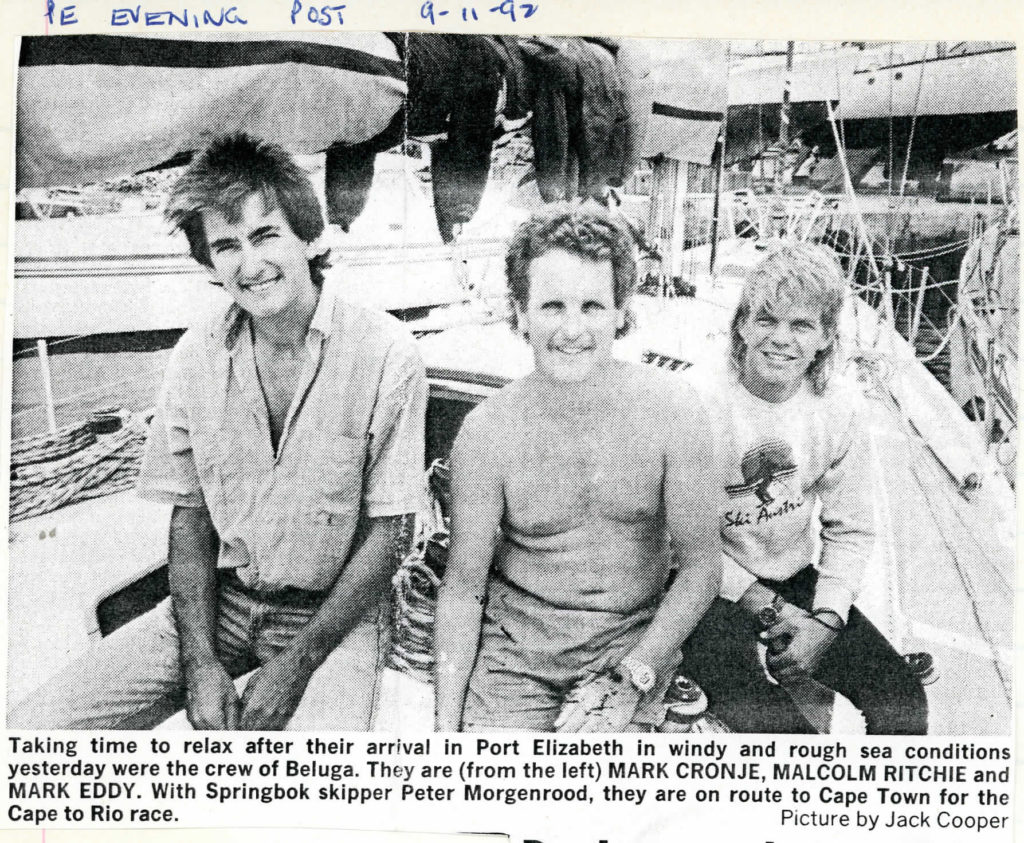 We kick off with news of offshore yachting in Durban in 1969, and immediately fast forward to 1995 and some anger in the Whitbread race.

In 1999 there were claims of a US bias in the America’s Cup – who would have guessed!

Jakaranda arrived by freighter in Cape Town where scores of small craft converged to get their first glimpse of her.

A wonderful tongue-in-cheek article about what to expect in Rio was written by The Idler, with the headline – Can you bare your knees in Rio?

In 1985 came the news that South Africans were banned from sailing in any Olympic-class international competitions.

“Alone with a motley crew” said the headline of an article written by Melanie Gosling on sailing with John Martin.

A Durban crew were taking ‘Beluga’ to Cape Town for Rothmans Week, and copped a thrashing on the Wild Coast.

1969. “Off-shore Racing Starts Tomorrow”. At 10 a.m. tomorrow, the off-shore yacht racing season gets under way with a record 30 events in the programme, which includes five, or possibly six long overnight races.
To read the full report, Click on the following LINK:  1969 11 08 607 7

1970. “Jakaranda Looks ‘A Real Winner’”. Scores of small craft converged on the German freighter ‘Krugerland, in Table Bay docks at the weekend, to give yachting enthusiasts their first glimpse of ‘Jakaranda’, the magnificent 17m (56ft) yawl to be sailed in the Cape-to-Rio race by Springbok helmsman, Bruce Dalling.
To read the full report, Click on the following LINK:  1970 11 09 306_Redacted

1970. “Can You Bare Your Knees in Rio?”. A sudden cold chill of unease has spread through the ranks of Natal yachtsmen who will be taking part in the Cape to Rio race next January .
To read the full report, Click on the following LINK:  1970 11 09 307_Redacted

1986. “Alone with A Motley Crew”. As I sat huddled against the wind and rain on the deck of ‘Tuna Marine Voortrekker II’, I watched Springbok yachtsman John Martin at the helm and wondered what it was that made him want to sail around the world alone.
To read the full report, Click on the following LINK:  1986 11 09 553

1992. “Durban Racing Yacht in PE on Way to Cape”. While wise Port Elizabethans who visited the city’s beaches yesterday watched a rough, choppy sea from the shore, four Durban sailors on route to Cape Town for the Cape to Rio yacht race made a daring entry into the harbour.
To read the full report, Click on the following LINK:  1992 11 09 430 1 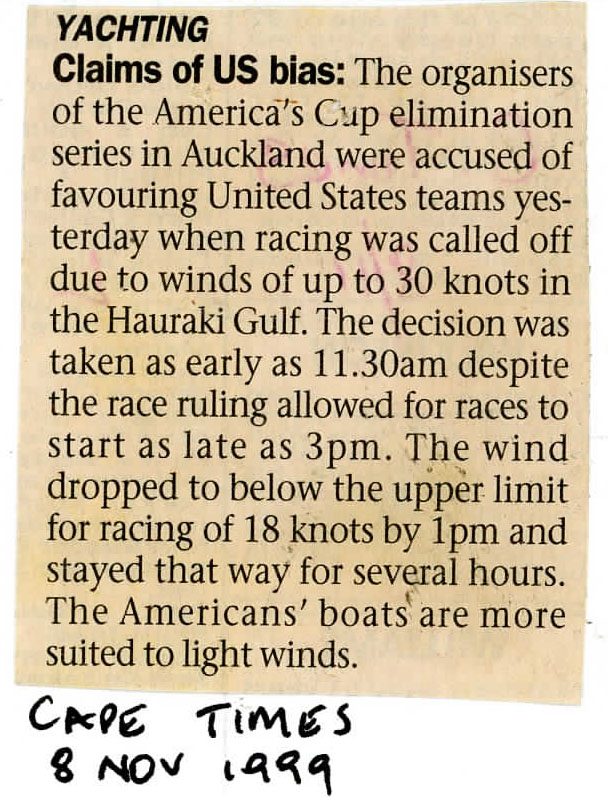 2001. “Who Moved the Cape?”. When Columbus was hanging around the Portuguese court trying to find a sponsor for his yacht to cross the Atlantic, King Joao II lied to him about the location of the Cape of Good Hope. Knowing that the information would get back to Spain, the king told Columbus it was 10 degrees further south than it actually was.
To read the full report, Click on the following LINK:  2001 11 09 543