Oldest-known Message in A Bottle Found 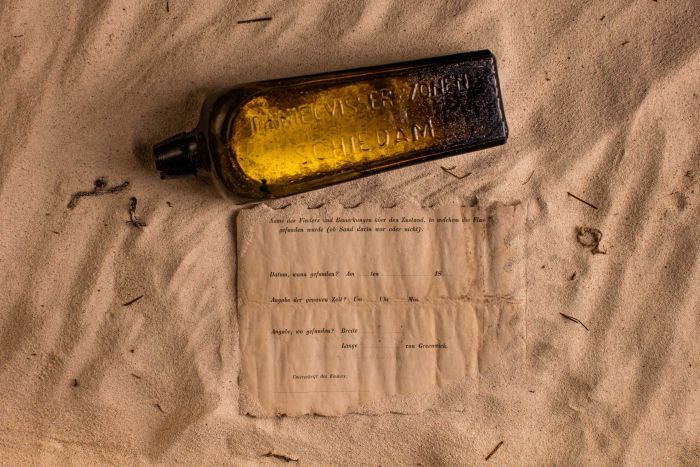 The world’s oldest-known message in a bottle — a form filled out as part of a German experiment to understand ocean currents.
pic supplied Kym Illman

A Perth family has made an extraordinary historical discovery after becoming bogged on a West Australian beach.

Tonya Illman was walking across sand dunes just north of Wedge Island, 180 kilometres north of Perth, when she noticed something sticking out of the sand.

“It just looked like a lovely old bottle, so I picked it up thinking it might look good in my bookcase,” she said.

But Mrs Illman realised she had likely uncovered something far more special when out fell a damp, rolled up piece of paper tied with string.

“My son’s girlfriend was the one who discovered the note when she went to tip the sand out,” she said.

“We took it home and dried it out, and when we opened it we saw it was a printed form, in German, with very faint German handwriting on it.”

The message was dated June 12, 1886, and said it had been thrown overboard from the German sailing barque Paula, 950km from the WA coast.

The original report is published on: www.abc.net.au/news/