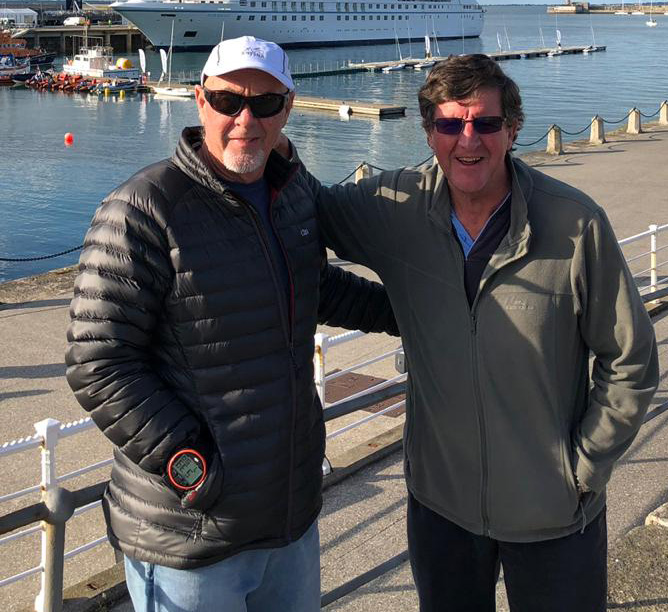 Campbell Alexander & Dave Herridge sailed together in the Flying 15 worlds in Ireland a few weeks back as a new combination. Alexander sails both Flying 15s and Lasers, while Herridge is a ‘lifetime’ Laser sailor and top kiteboarder.

They finished 11th in the pre-worlds in a fleet of 50-plus boats and 15th in the Worlds in a fleet of 70-plus boats. Their overall position in the worlds does not tell the whole story as in several races they led the fleet on occasions, or were in the hunt at the head of the fleet upwind. Their inexperience as team downwind cost them many lost places – as being Laser sailors they “never quite came to grips with the downwind angles of the spinnaker”.

Despite this they sailed remarkably well for a pairing both closer to 70 than 65!

Herridge from all accounts enjoyed his two-man racing so much that he has ordered a new Flying Fifteen – so will compete against his skipper in the future. Alexander has already committed himself to the Flying Fifteen Worlds in France next year, and both will add immense energy to the Durban Flying 15 fleet.

Both are avid water sport competitors, with Alexander being seen on the water most weekends in either his Laser or Flying 15. When not sailing he administers the sport on a low key basis, and is passionate about getting people onto the water and sailing – so spends a lot of time cajoling people into getting their boats out, dusting them down – and going sailing. Our sport needs more people like him. 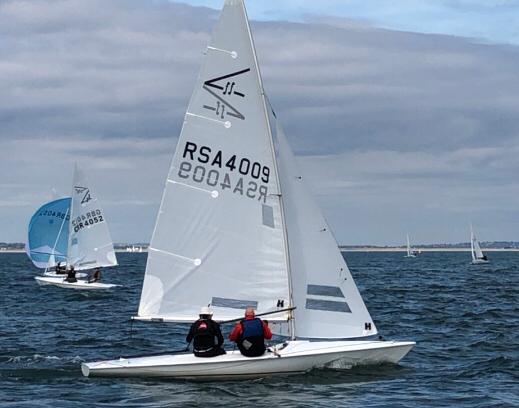 Campbell Alexander & Dave Herridge in action during the Flying 15 Worlds.