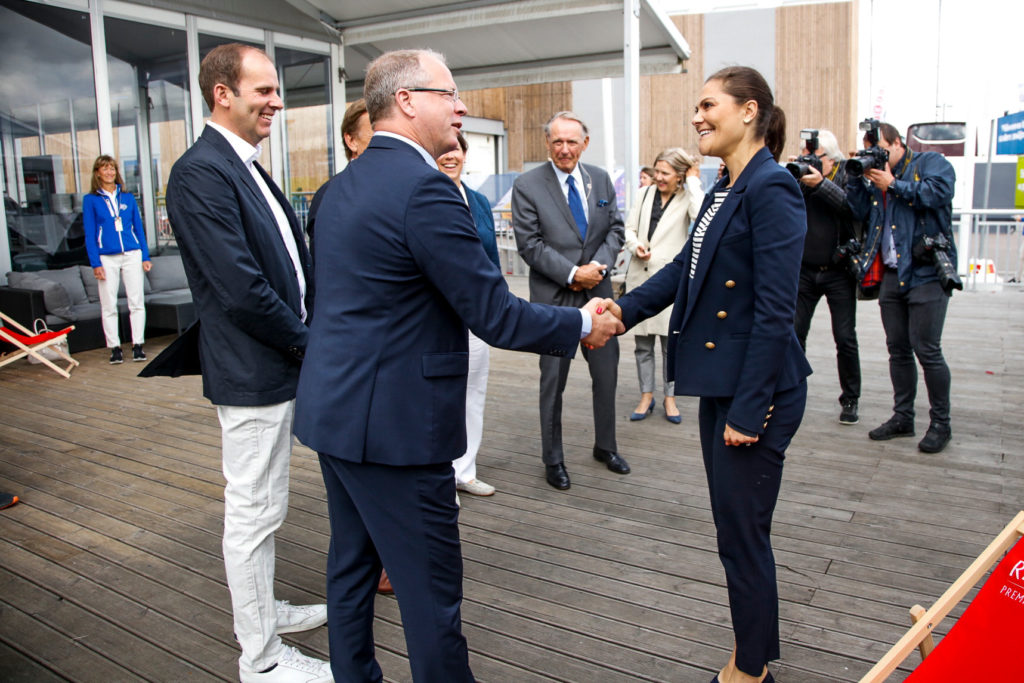 The first ever Gothenburg summit, attended by HRH Crown Princess Victoria of Sweden, saw progressive announcements to tackle the plastic crisis from the Swedish Government and Volvo Cars.

Karolina Skog said: “The Swedish government has decided to allocate the funds to specifically work on projects that focus on addressing plastic pollution, ocean acidification, the destruction of coral reefs, education and Ocean Science. We want to use the information that is coming out of the scientific community and put it into political policy.

“The Volvo Ocean Race Ocean Summit is a great platform to create coalitions between private sector, science and policy makers and to reach out to the public to make more people understand how big the plastic pollution problem is and what role we all have to play to solve it.” 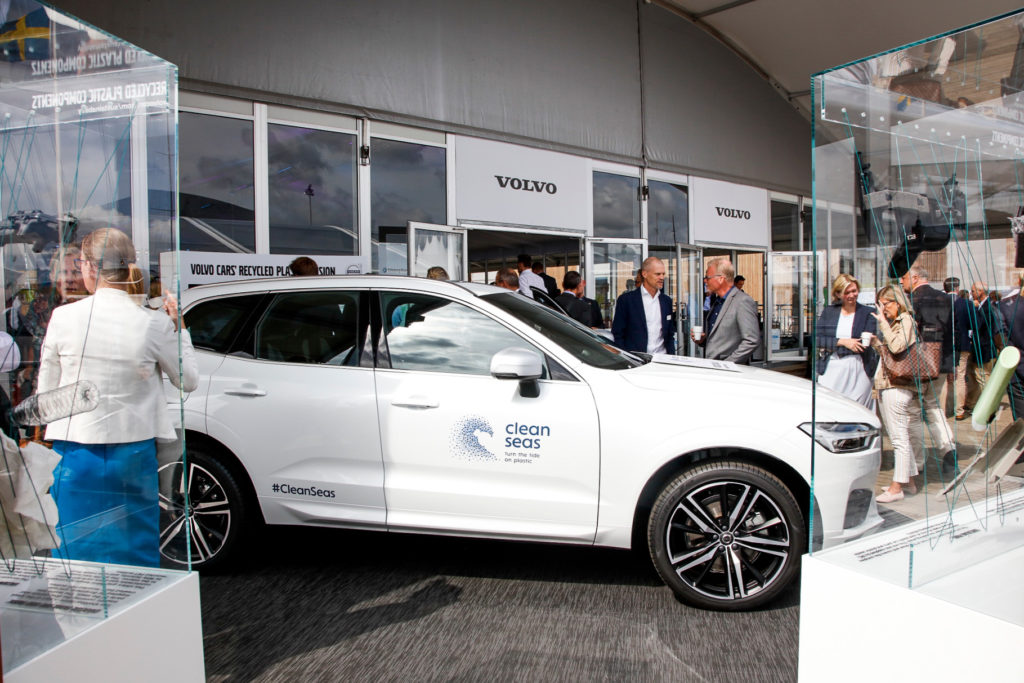 And in a first for car manufacturers, Håkan Samuelsson, President and CEO of Volvo Cars, announced the company’s ambition that from 2025, at least 25 per cent of the plastics used in every newly launched Volvo car will be made from recycled material. A Volvo XC60 made partly from recycled plastics was unveiled at the Ocean Summit.

Volvo Cars have also signed up to the UN Environment #CleanSeas campaign, which partners with the Race with the aim to encourage governments, businesses and individuals to make changes in their own lives to reduce their plastic footprint.

Håkan Samuelsson said that by working with the Volvo Ocean Race Science Programme, which collects data on microplastic levels from Turn the Tide on Plastic and Team AkzoNobel boats, they are helping spread the message that the plastic problem has to be solved. 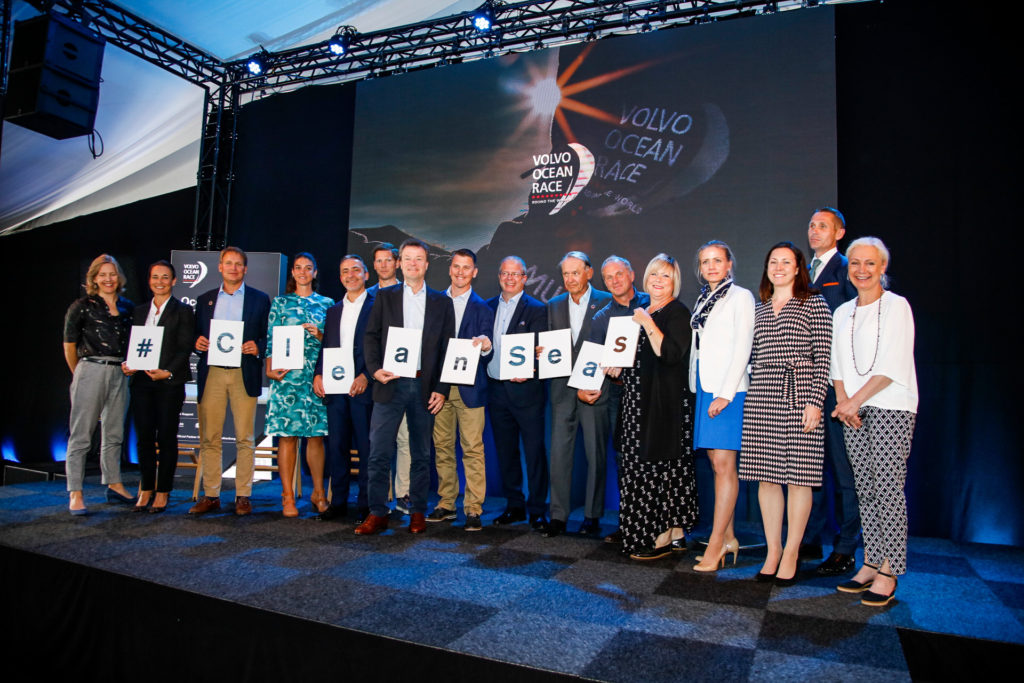 Speaking about the announcement he said: “Volvo Cars is committed to minimising its global environmental footprint. Environmental care is one of Volvo’s core values and we will continue to find new ways to bring this into our business. This car and our recycled plastics ambition are further examples of that commitment.”

The special XC60’s interior has parts made from renewable fibres and plastics from discarded fishing nets and ropes. Used car seats from old Volvo cars were used to create the sound-absorbing material under the car bonnet.

On the stage, Kristofer Sundsgård, Managing Director, Stena Recycling, said that the company has a responsibility to drive innovation and have built a state of the art recycling centre where they can recycle 95 per cent of a car.

The topics discussed, at the half-day event, included the science of Ocean plastic pollution and the impact on human health, the imperative for business engagement and investor support for the emerging blue economy.

Other speakers at the event included Martin Lundstedt, President and CEO, Volvo Group, who said the company is moving towards a target of zero waste going to landfill. 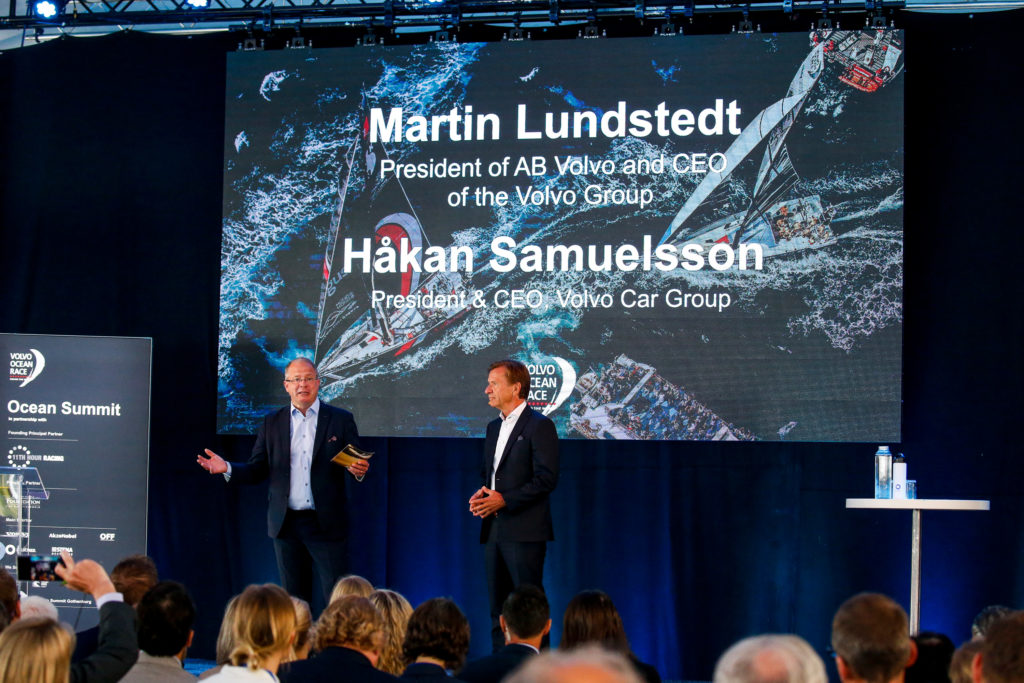 Ivone Mirpuri said: “Plastics are useful but they also present a risk to human health. We must act urgently. The Ocean Summits offer a great platform to raise people’s awareness of these problems we are facing.”

Ocean Summits in Alicante, Cape Town, Hong Kong, Newport, Rhode Island, and Cardiff have already resulted in governments, business and a range of ocean advocates leading by example by making solid commitments to help stop the ubiquitous spread of plastic in our seas.

Last month at the Ocean Summit at the Newport stopover, Volvo Cars committed to eradicate single-use plastics across all its premises and events by the end of 2019. Volvo Car also used the innovative conference to announce they are signing up to the UN Environment #CleanSeas campaign.

Anne-Cécile Turner, Sustainability Programme Leader, spoke about the Race’s commitment to embedding sustainability at its heart.

She said: “In a wide-ranging set of discussions incorporating the breadth of key stakeholders needed to create a seismic shift in our approach to regarding the Ocean as an unlimited resource and plastic dumping ground, the Ocean Summit has provided further momentum to address the plastic crisis affecting our seas.”