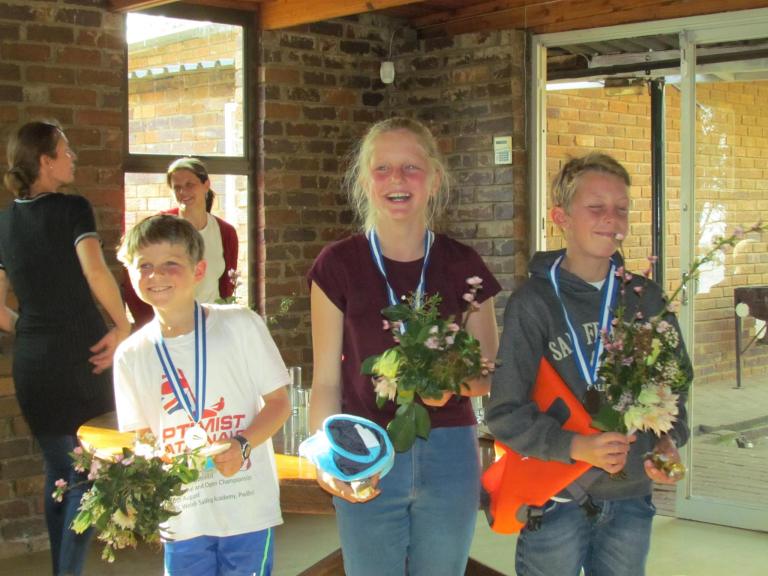 The Northern Region Grand Slam and Optimist Provincials were hosted by Aeolians at the Vaal Dam on the weekend of 1 & 2 Sept 2018. A dry warm NW breeze had been blowing for the week preceding the regatta and was forecast to continue for the regatta. Saturday was forecast to be around 7 – 8 knots with 15 – 18 knots forecast for Sunday. The forecasts turned out to be slightly inaccurate, with less wind on Saturday and more on Sunday.

Despite the absence of the sailors representing South Africa at the worlds in Cyprus, the fleet was strong with next generation of sailors pushing each other to new heights. Two races were sailed on Saturday morning before the wind died, giving the sailors the afternoon off. Young Alec Stanley was super-excited to win the first race from Ingrid Holm, taking full advantage of his 26kg frame in the light air, coupled with some good decisions to get on the correct side of the oscillating breeze. Sean Kavanagh visiting from Cape Town took the second race ahead of Stanley when the race was shortened at the second windward mark in a dying breeze. 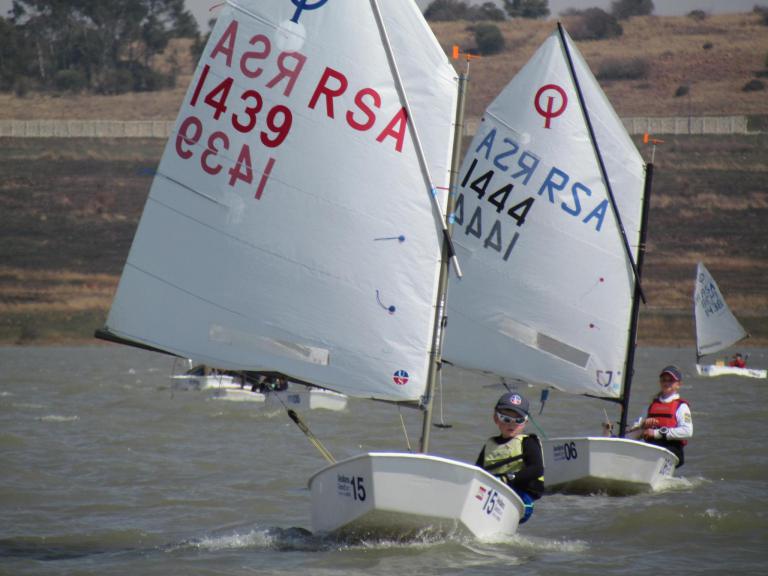 On Sunday morning the breeze filled in nicely, initially around 10 knots and building through the morning to 15, gusting over 20. The race committee scheduled four races on a day that would test the stamina and fitness of the competitors. Sean Kavanagh took race three from Lena Holm, In race four, Ingrid Holm led her sister Lena home. Jude Stanley relished the stronger breeze, winning the last two races of the day, with Lena taking second in race five and Ingrid in race six.

The last race of the day was particularly exciting, with the first four boats jostling for position, pumping and working their boats to the line, where they finished within seconds of each other. Jude Stanley pipped Ingrid Holm, Sean Kavanagh and Lena Holm.

When the numbers were tallied, Sean Kavanagh and Ingrid Holm were tied on 11 points for the regatta, Kavanagh winning on a count back. Jude Holm finished third on 13 points, Lena Holm fourth on 16 points and Alec Stanley fifth on 19 points. There ware tussles all through the 15 boat fleet and importantly great fun was had by all. 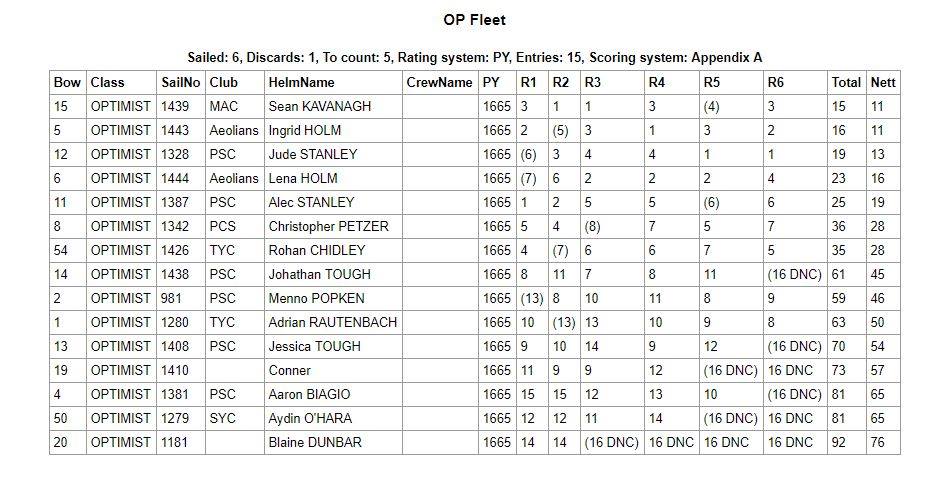