“My Passion for Sailing” – Daryl Wislang 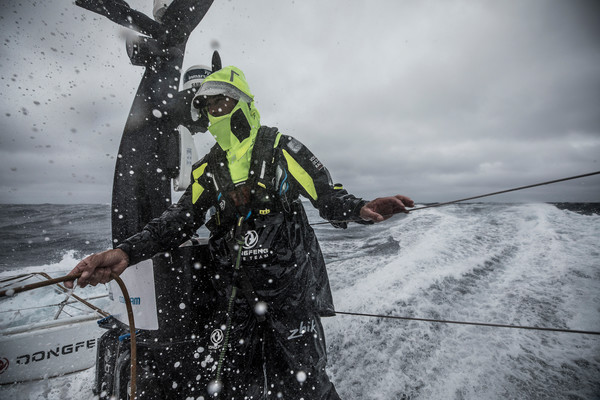 Here’s something different – a nice blog from Dongfeng Race Team watch captain Daryl Wislang written during his off-watch in the Doldrums. Daryl offers a fascinating insight into how he developed into one the world’s top offshore ocean racers…and it all started with his parents trying to find a solution to stop a young Daryl and his brother Craig fighting so much…

I was born in 1981 in Nelson, New Zealand, and I was never too far from the water. My parents were both into their watersports. Mum was a New Zealand champion in water skiing and my father a national champion sailor, so it was natural for my brother and I to be around and in the water.

This started at a very young age with fishing trips in our small boat. Most of the time I managed to stay in the boat, but on one occasion when I was three years old, I leant over the side too far and found out what falling overboard was all about. We weren’t moving at the time and I was wearing my lifejacket!

After learning to swim it was time for Mum to teach us how to water-ski. This is something that I really enjoyed and I still love doing it today. Mum has shown us on many occasions that she can still do it, even at 60. It’s something that you never forget. Like riding a bike.

As my brother and I got older we started to have some very heated brotherly confrontations. This was when Mum and Dad would change my life forever, without knowing it at the time. Because my brother and I were fighting so much, our parents decided the best way to combat it was to get us working together as a team. This wasn’t possible in the other sports we played due to our age gap, so sailing it was. 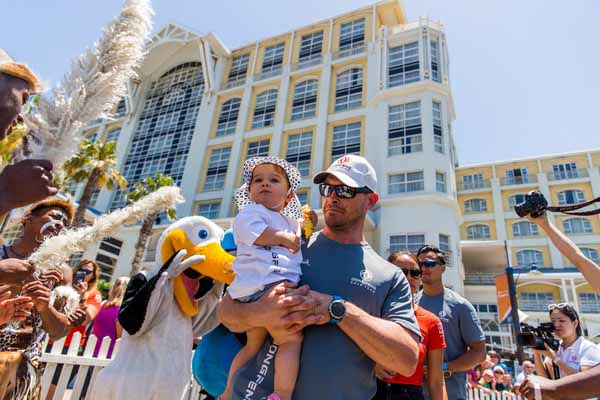 We started off in a Sunburst two-person dinghy sailing with the three of us, Dad, Craig and myself. I was 11-years-old at the time and we both loved it and, while Dad was sailing with us as a mediator, there was no fights so the plan was working. Once we had learnt enough from Dad it was time for us to give it a go by ourselves.

Well, the first few times on the water were very entertaining with one of us finishing at the bow and one at the stern, but the lesson here was that we still had to work together in some form to get us and the boat back to land. This is how Craig and I have built such a strong relationship today.

The next phase in my sailing carrier was to win an outright national championship. My crew and I had won several age group titles but never the big one. For this we had to spend more time on the water training against the best people we could. We decided to ship the boat to Wellington where the fleet of Sunburst yachts was the strongest in the country and we would travel each weekend to sail at the WBBC in Wellington.

At this stage I was still at school and hoping to become an aviation engineer but, as time progressed and after meeting local sailmaker Brett Linton, I decided to ask for a job at the end of the year. He said yes. So after achieving our goal of winning the national title, I moved to Wellington to start at Linton Sails as a sailmaker. This was the next chapter to becoming a professional sailor.

While in Wellington learning my trade and sailing each weekend on different boats the opportunity came to sail a Ross 40 from Wellington, New Zealand to Hamilton Island in Australia. This would be my first time offshore and the first time out of the harbour for me, but I was looking forward to it.

Well what a first taste of offshore sailing it was to be. The south coast of Wellington has a real reputation for being windy, so much so that in one particular place it is nicknamed the “wind factory” – this needs no explaining. We left the harbour with a nice northwest breeze and headed out to turn right towards Australia. We were sailing in around 20 knots at the time heading up the wind factory when it instantly clocked up to 45 knots!

We ended up with water and diesel throughout the boat and we turned into the Marlborough Sounds to clean it up and then get back out into it. Well the Sounds was nice and flat; we cleaned the boat and cooked some dinner and everyone was ready with a belly full of spag bol.

Then we came out at the top of the Sounds straight into 30 knots upwind. Needless to say I saw all of my dinner again! This continued for five days and I think it was then that I learnt about mind games and controlling what you are thinking. I was so determined not to judge the trip until it was over. I really knew that it couldn’t get any worse than this. I enjoyed that experience but was convinced that I would never sail offshore again – I would stick to inshore sailing.

Well how wrong I was. Here I am 18 years later and competing in my 4th Volvo Ocean race with Dongfeng Race Team. There are still times that I get seasick, but I have learnt how to control that now. People have often asked me why I have never done the America’s Cup? This is not really a choice, but about timing; it’s never really worked out that I had the chance to do it. I was involved in the last Cup in monohulls in Valencia as a sailmaker, but there was never that chance to get on the boat.

It was at that time that Bouwe Bekking asked me to join the Telefonica Blue team for the Volvo Ocean Race. I knew Bouwe from the 2005 Volvo Ocean Race when I was sailmaking for the Movistar team. Maybe after my first Volvo if the Cup had stayed with monohulls then I could have had a chance there, but it wasn’t to be. I would still love to get involved with a Cup team and the foiling mono in the next one is going to be an amazing boat.

Offshore sailing is something that has been mine and my family’s life. There is no way that you can do what I do without the support of the people around you. In my case my wife Jess holds the fort at home, organising travelling and admin – you name it – she is on top of it. And of course the hardest part is that we have two very young kids who travel with her everywhere.

There are two parts to this; one is that Jess looks after the kids by herself 80% of the time and I have to leave them all on the dock when I set sail. People don’t always understand that what we do is so hard. Then there is the sailing but that is probably the easiest part – it’s everything else that still has to happen while you aren’t around that’s hard.

People often struggle to look after their kids while at home, with a husband that is there every night after work to help or to talk to and at the weekends, let alone one that is offshore sailing for weeks at a time or travelling to a new country every three weeks while the race is on. Without this support I couldn’t continue to do what I do and this is something that I am lucky to have and very grateful for. Needless to say we will be having a nice long family holiday after this race has finished.

As you may know, offshore sailing is all about shifts, four hours on and four hours off, and organising everything around these times. In the four hours off you have to eat, sleep, write, sleep etc, so I am going to cut this one off here and leave the door open for a performance blog later on. I only have two minutes ‘till my next watch on deck where we are still having an epic, top-of-the-leaderboard, battle at the back of the fleet with MAPFRE!