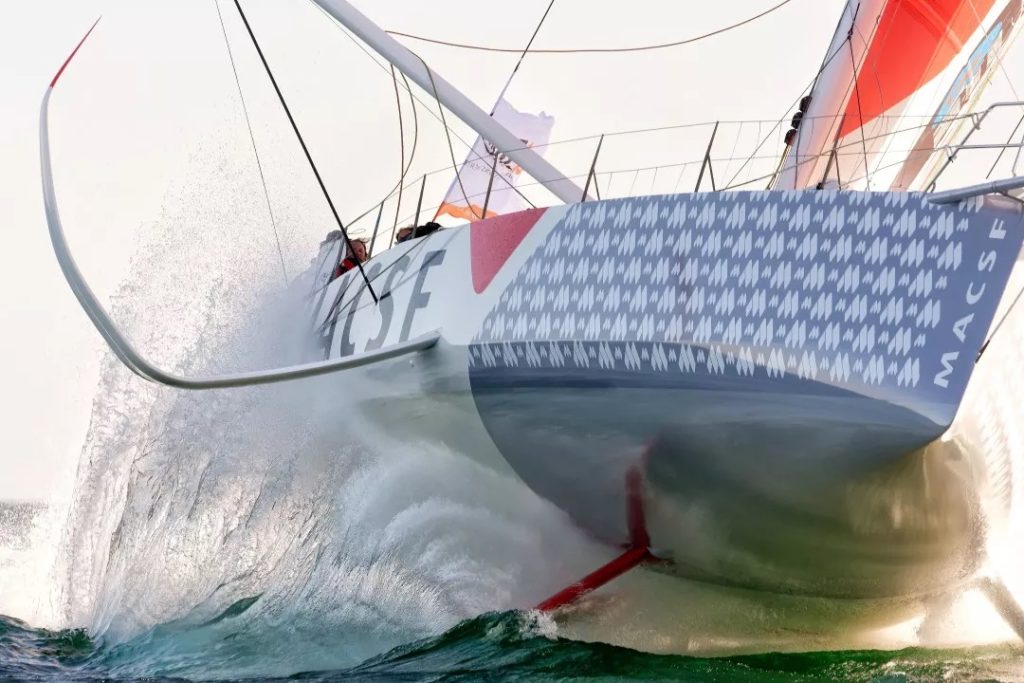 Discover the best sailing pictures of the year!

The international jury of the Mirabaud Yacht Racing Image award 2019 has selected the top 80 yacht racing photographs taken this year throughout the world. The public is now invited to vote: Click here to view the images and vote for your favourite photos.

No less than 133 professional photographers, representing 29 nations (including Afghanistan, China, Brazil and Finland) submitted their best photograph. The competition promises to be tight once again, with fantastic pictures taken during our sports’ main events.

The Mirabaud Yacht Racing Image award is open to professional photographers from all over the world. Its objective is to honour their work, provide them with a promotional platform and help promote sailing as a competitive sport to a wider audience. 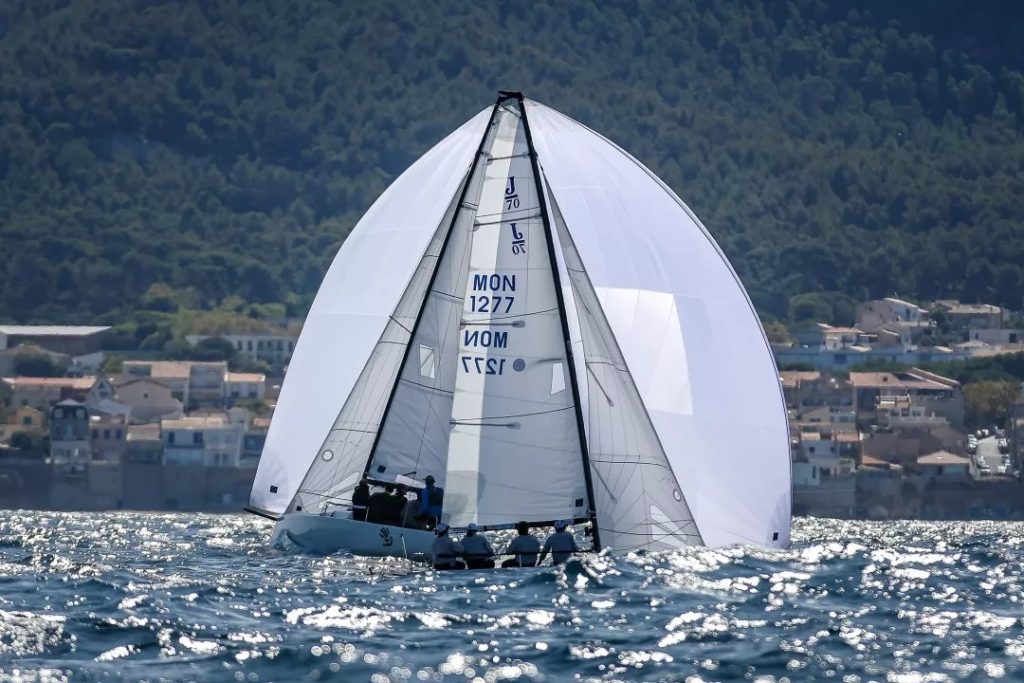 I like that photo because, just near the finish line on the last edge of the regatta, the two J70 were symmetrically aligned on the two different laylines.
pic by JEANNOUTOT PIERICK

Three prizes will be awarded on 26 November in Bilbao, Spain, during the Yacht Racing Forum:
• The Mirabaud Yacht Racing Image (main prize), awarded by our international and independent jury: Rob Hodgetts, international sports journalist for CNN, Ricardo Pinto, professional sailing photographer and winner of the 2018 edition, Cliff Webb, President of the Yachting Journalists’ Association, Magda Makowska, professional sailor and organiser of the Sopot Match Race, Helena de la Gandara, press officer of The Ocean Race, and Nicolas Mirabaud, member of the Mirabaud & Cie SA Executive Committee.
• The Yacht Racing Forum Award, selected by the 300+ delegates of the Yacht Racing Forum.
• The Public Award, based on the number of public votes on Internet. This is a fun competition, mainly aimed at increasing the photographers and the events’ visibility. Participants are encouraged to promote their images through the social networks. This prize will certainly reward a beautiful image, but also the network of each photographer and his / her ability to reach out to their personal network. 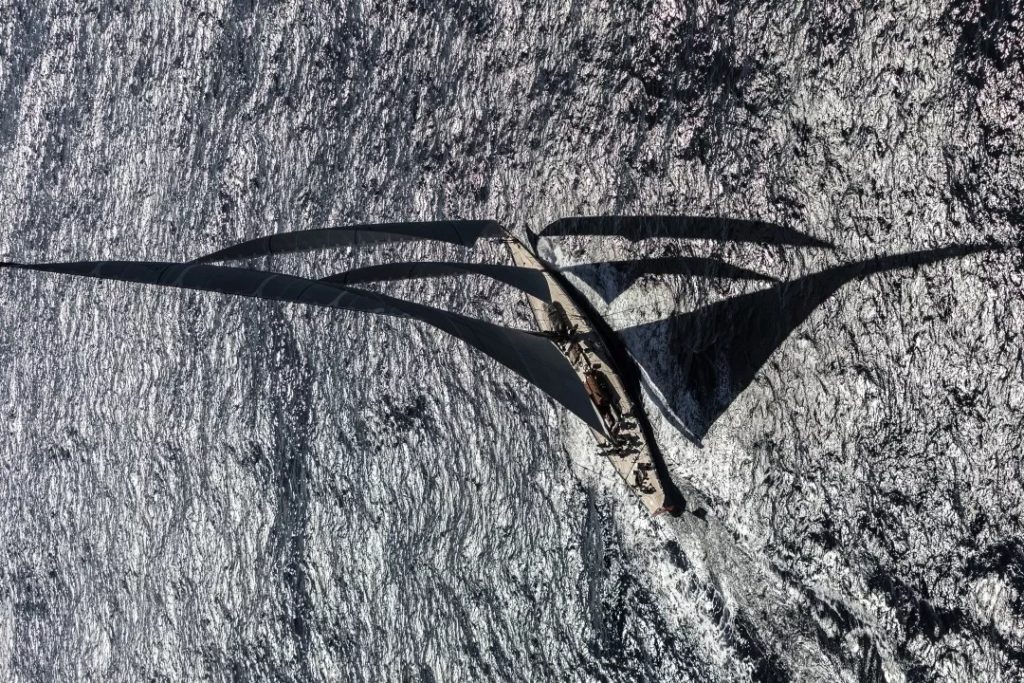 J Class yachts can fly without foils “Les Voiles de Saint-Tropez” are without any doubt the most beautiful sailing regatta in the world as they combines spectacular big modern racing yachts like the Wally, maxis, J Class and the most beautiful classics sailing in the Med. On top of the 300 boats which are actually competing, many prestigious yachts gather to follow the racing, be part of the event, and enjoy the unique ambiance on shore. During “Les Voiles”, Thursday is traditionally “challenge day” which means everybody sail on the initiatic course set between Saint-Tropez and Pampelonne beach, eventually mooring there to enjoy a meal in a beach restaurant. During “Les Voiles 2019” J Class Rainbow was exactly doing that under full main and two foresails. Photowise, the backlighted silhouette of a yacht seen from above (in this case an helicopter) always works well, especially with big boats, so when it is a J Class, you can’t miss it. When rotating the image 90° counter clockwise, some yachts then become magic vessels flying in a spectacular shining universe.
pic by MARTIN-RAGET GILLES

SCHEDULE
• The top 80 images are now available on the Mirabaud Yacht Racing Image website.
• Public votes are open from today until November 15.
• The 20 best images, chosen by the international jury, will be exhibited at the Yacht Racing Forum in Bilbao (ESP) on 25 and 26 November.
• The winner of the Mirabaud Yacht Racing Image will be celebrated in public during the Forum. Two “secondary” prizes will also be awarded on this occasion: the Yacht Racing Forum Award (selected by the Forum delegates), as well as the Public Award (based on public votes).

The pics depicted are simply 3 images that immediately caught the Editor’s eye. The wording is what each photographer said about the image.