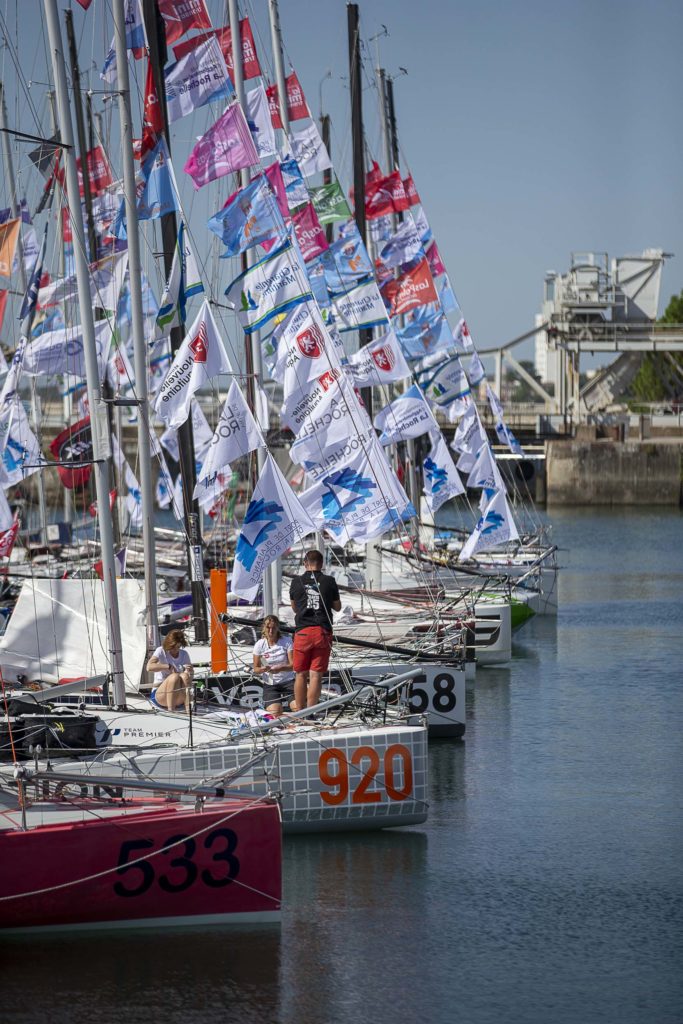 On Sunday 22 September, at 14h15, the 87 entries in the Mini-Transat La Boulangère will set sail from La Rochelle on the first leg to Las Palmas de Gran Canaria.

This long course of 4 050 nautical miles, singlehanded and on the smallest ocean racing boats which are only 6.50m long, will be raced in two stages.

The second leg of 2 700 miles will take about two weeks for the fastest. The fleet will leave Las Palmas de Gran Canaria at the beginning of November. Having negotiated an exit of the archipelago of the Canaries the fleet will quickly meet the trade winds which will take them to Marin in Martinique.

Among the 87 sailors competing, 22 are competing in the prototype category. Though four sailors stand out as firm favourites (François Jambou, Axel Tréhin, Erwan Le Méné and Tanguy Bouroullec), there are also some solid outsiders and skippers sailing on ‘vintage’ prototypes.

The Mini 6.50 is very particular in that it is available as both a production boat, and a prototype, the majority of which are unique. Essentially, the main difference between a prototype and a production Mini is that the former is allowed to use carbon, have a canting keel, daggerboards (or foils) and a bigger mast. The 22 prototypes signed up for the Mini-Transat La Boulangère are very varied, ranging from one launched some 20 years ago, to a brand spanking new foiler.

Preparations are in their final stages with competitors enjoying the rather heartwarming pre-race atmosphere. It’s the famous ‘Mini spirit’, a combination of mutual aid (on shore as well as at sea), of sharing, of fraternity and of conviviality. 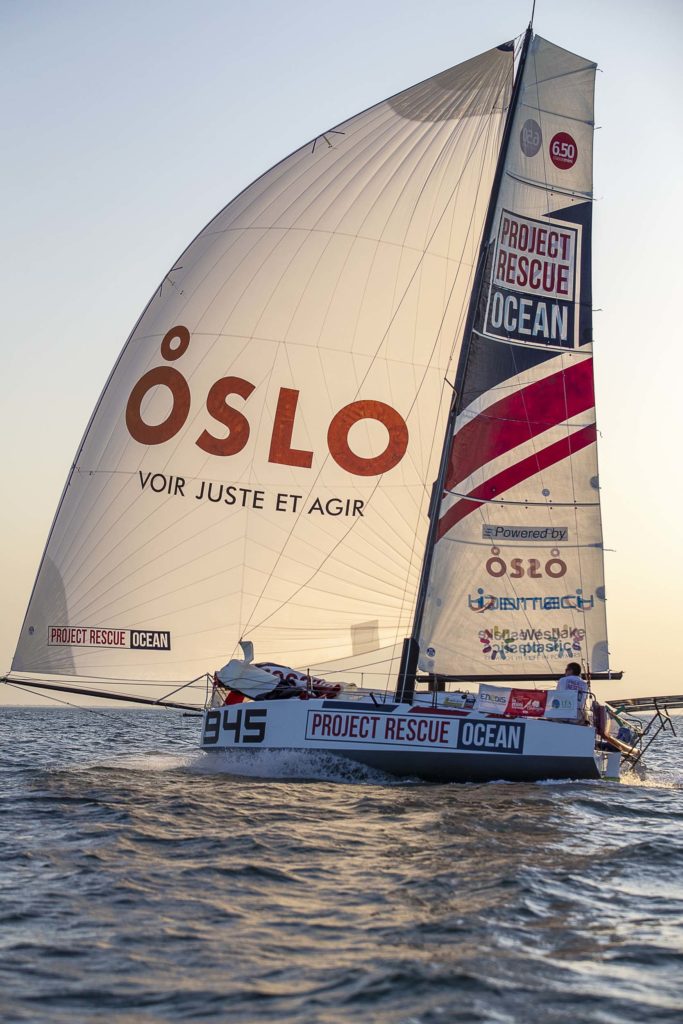 But just what does the Mini spirit represent?

It’s a paradox as lots of sailors in the Mini-Transat La Boulangère have never enjoyed such an entourage and such support before signing up for this singlehanded offshore race. The ‘Mini sailors’ make up one big family, united around the same (all-consuming) passion and a common challenge: to cross the Atlantic on the smallest offshore racing boats in the world.

The key philosophy is of mutual aid. “For me, the Mini spirit is a human bond between people who give the same energy to realising their dream. We’re all building a house of cards together, each in our own unique way, benefiting the community”, said Guillaume Coupé. “The fact that we don’t have a shore team, forces us to turn to the others for help. We need them to mount our solo projects. In fact, our Mini sailor friends become our shore team”, said Jean-Baptiste Ternon. “We want to get across to the other side, but we also want our mates to make it to Martinique. As such, when we have time to help the others with their preparation, we go for it without a moment’s thought” said Thibault Blanchet.

For some, the mutual aid has been key to realising their project. This is notably the case of Pierre Moizan. “Last year, I hit a UFLO in the Les Sables-Les Açores-Les Sables race and had to abandon the boat. I took a year to rebuild her. A lot of Mini sailors helped me out, including some former members of the circuit like Adrien Hardy. Without them, I wouldn’t be here now. Their support has carried me through. Receiving all this help without asking for it is very touching.” Interestingly, the name on her transom, one James Caird, refers to the epic rescue mission by boat that was undertaken by Sir Ernest Shackleton and his men, from Elephant Island in Antarctica to South Georgia. It is surely one of the greatest small-boat journeys of all time – and another will be Pierre Moizan achieving his goal of reaching Martinique after an already epic journey to make the start line.

At sea, the spirit of solidarity is even more powerful. Racers within VHF range support one another, motivate one another and, if need be, offer assistance. “On the water, we are competing, but every competitor is a friend, a brother. Even the more competitive sailors don’t think twice about putting their race to one side and helping someone in difficulty”, said the Italian sailor Daniele Nanni.

Belgian sailor Marie-Amélie Lenaerts, who is here with around seven other sailors from the Concarneau training cluster, echoes this sentiment: “We go to the ends of the earth to help one another out. During this year’s Transgascogne, I had an electronics issue. I put out a call over the VHF and lots of racers replied and gave me a hand, even those I don’t know so well. I was kind of towards the back of the fleet and yet even the leaders took time out to advise me.”

The excellent atmosphere at the finishes is another trademark of the Mini-Transat, and indeed the Mini spirit as a whole, as 34-year-old Japanese sailor Masa Suzuki explained on the dock earlier this week. “I have been so impressed by the help and the kindness shown to me and to everyone else within our Mini community. Equally striking is the fact that no matter what your result, everyone celebrates all the finishes, at whatever time of the day or night. I’ve never witnessed that before. In fact, I feel so welcome here that I’m considering living in France, if my wife will agree!” It’s little surprise then, that his friends and his wife have travelled all the way to La Rochelle from Japan to see what this Mini spirit is all about, offer their own support and see him safely on his way on Sunday.

Which ever way one looks at this race, it’s simply full of eclectic people and fascinating boats.