May 2019 Raymarine Sailor of the Month – Paul Lagesse 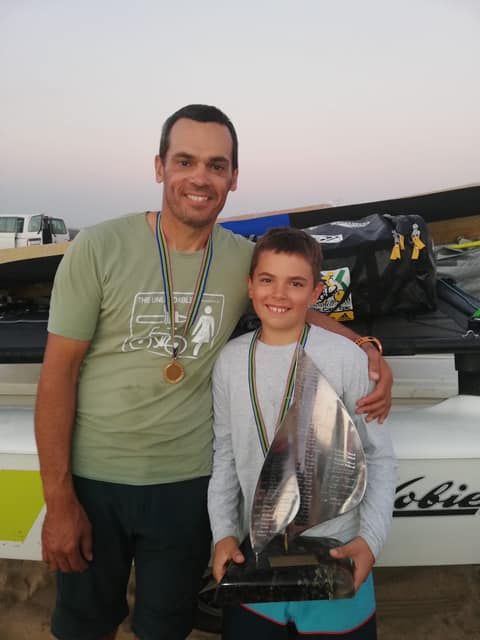 He managed this feat against a fleet that was smaller than usual, some 21 boats, but included perennial champion Blaine Dodds and regular Durban front runner Garth Louden, so was as high quality as ever. Making the feat more impressive Lagesse was without his long time experienced crewman, and was crewed this time by his 10 year old son, Jayden. That would have left him taking care of the boat-speed and tactical decisions all on his own with no experienced partner to bounce ideas off.

In 2018 Lagesse led Dodds by 2 points going into the final day, and Dodds prevailed. The pressure in 2019 must have been enormous then when he again led Dodds by 2 points on the final day. But this time he withstood the pressure and held off the man that so many Hobie sailors have so often tried, and failed, to beat to take the title. A sweet victory and one that must have been even more so for Paul with his son by his side.

One suspects that although the first, this won’t be the last time this father and son team’s names appear on the Hobie 16 national trophy.