Mauritius Route Record: Francis Joyon is on His Way 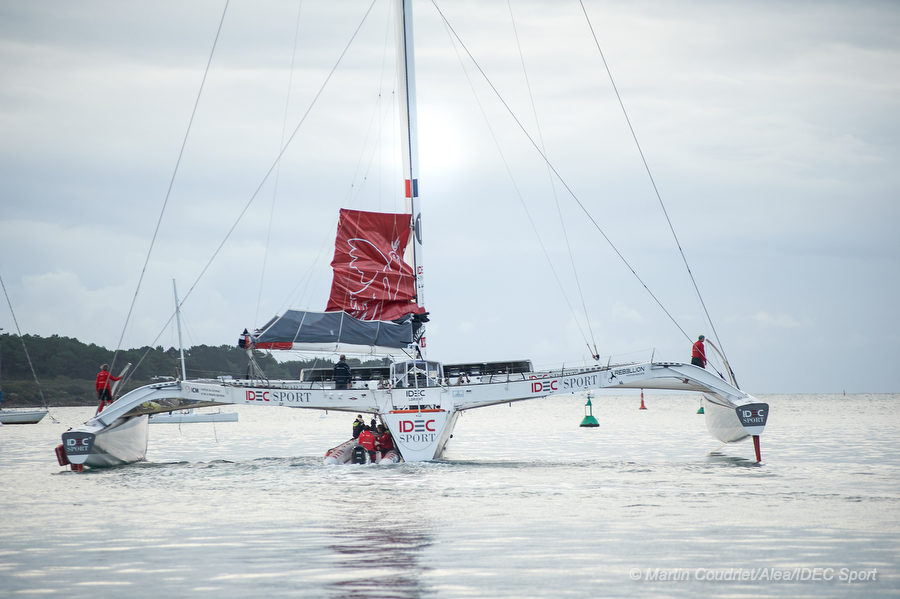 This pic clearly shows the sheer size of this trimaran aboard which Francis Joyon will attempt to reach Mauritius in record time.
Pic Martin Coudriet/Alea

Francis Joyon set off aboard ‘Idec Sport’ yesterday on his attempt at the Mauritius Route record between Port Louis (Brittany) and Port Louis (Mauritius). This is a complicated 8000-mile long solo voyage to the island of Mauritius. Joyon is attempting to smash his own reference time of 26 days, 4 hours and 13 minutes set ten years ago, and which is the first Act of his campaign of record attempts in Asia.

Joyon set the reference time for the Mauritius Route set in 2009 aboard the previous ‘IIDEC’ trimaran. In 2014, Lionel Lemonchois attempted to smash that record, but his boat capsized off Brazil, confirming just how complicated this 8800-mile course can be. 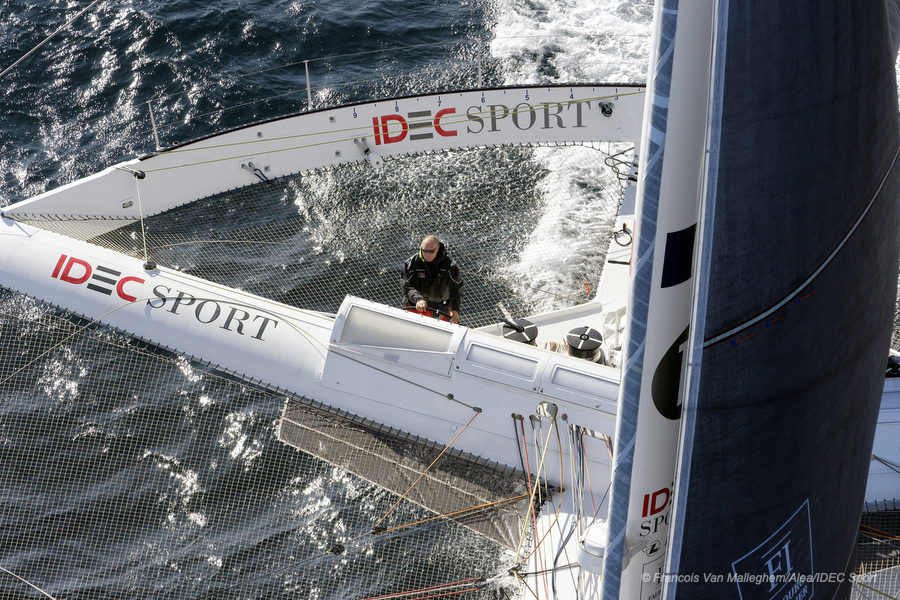 Just before dropping his mooring lines he spoke about the weather: “It’s true that the wind isn’t very strong. I’d have liked it to be stronger, but we don’t have the choice as otherwise we would be facing strong headwinds. I need to pick up a light northerly flow by heading into the westerly winds first. After that, it should be fairly fast down the coast of Portugal and past the Canaries? I’m going to have to weave my way around the Cape Verde Islands. With Christian Dumard (router back on dry land) we’re keeping an eye on a low pressure system forming further South, which risks interrupting the trade winds. That’s why we wanted to start so quickly. The record can be smashed. I may well be a bit behind by the Equator, but I hope to make up for that during the rest of the voyage.”

And to show just how tough this record breaking attempt really is, ten years ago he sailed 10,000 miles rather than the 8800 theoretical miles. 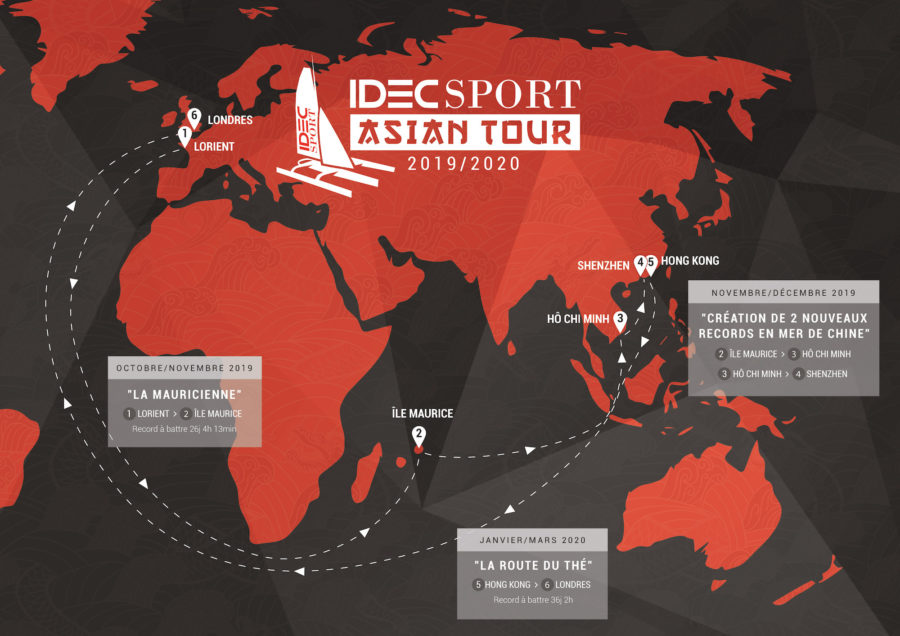