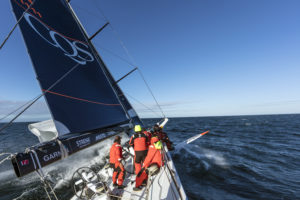 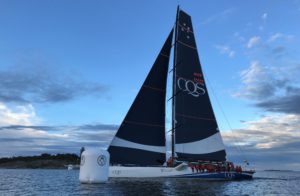 Ludde Ingvall and his crew on the 100-footer CQS set a new speed record in ÅR Offshore Round Gotland Race. He last broke this record 20 years ago and has done it again.

”I am super happy” said Ingvall. “The wind died, and we were stuck out at Alma for an hour and thought that we wouldn’t make it. But we were lucky and were able to cross the finish line with twenty minutes to spare.”

CQS is a foil assisted monohull with a canting keel and 6 metre draft, making navigation through the archipelago somewhat exciting.