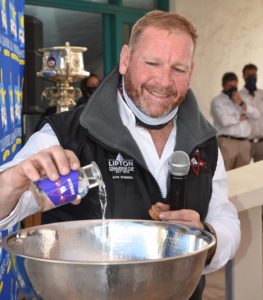 While this event is a true challenge between the very best yachties in our country, it has been COVID which has been the challenge this week – or should I say the scourge of the Lipton Cup?

Of the five teams competing the Zeekoe Vlei Yacht Club team will not start tomorrow as the entire team is in isolation until Wednesday, but on Thursday they are sure to come out fighting with renewed vigour. 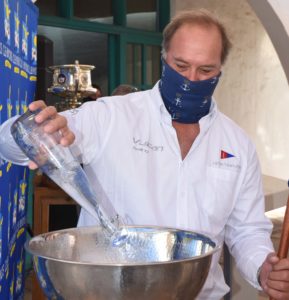 The Lipton Cup defenders, the ‘Nitro’ team sailing for Witbank Yacht & Aquatic Club (WYAC) have had a sting of changes due to injury and COVID. Their helmsman had to withdraw, and within 24 hours of a new helmsman being selected, he too was sidelined. Markus Progli will now helm the boat with Asenathi Jim trimming the mainsail.

The Aeolians Club team has temporarily lost its skipper, although top-flight helms-woman Dominique Provoyeur is a highly worthy replacement. 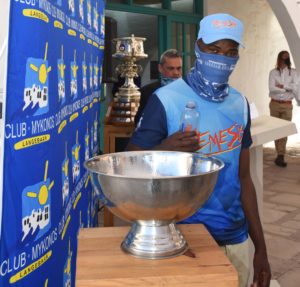 And so the COVID bug has crept through the fleet despite crews isolating in their own bubbles and taking the necessary precautions.

But this is a “Challenge” event, and COVID or not, once at sea the racing is going to be fast and furious and COVID related issues left ashore.

Sunday night saw the traditional “Mixing of the Waters” ceremony take place, with four Clubs presenting their burgees and mixing water taken from their home waters, whether inland dam or the sea in the vicinity of their club. The mixed water was then slowly emptied into the Club Mykonos marina and the event officially opened. 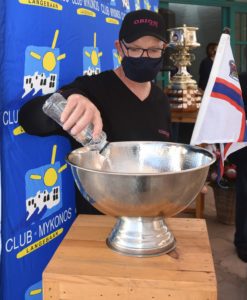 Race Officer Doug Alison will be attempting two races on Monday, the first being one of the three compulsory courses, and then a race on whichever course the conditions are best suited.

Racing is scheduled to start at 11h00.

The public can follow the racing via three different platforms as follows: