Lipton Cup. A Day of Contrasts – and Kelp 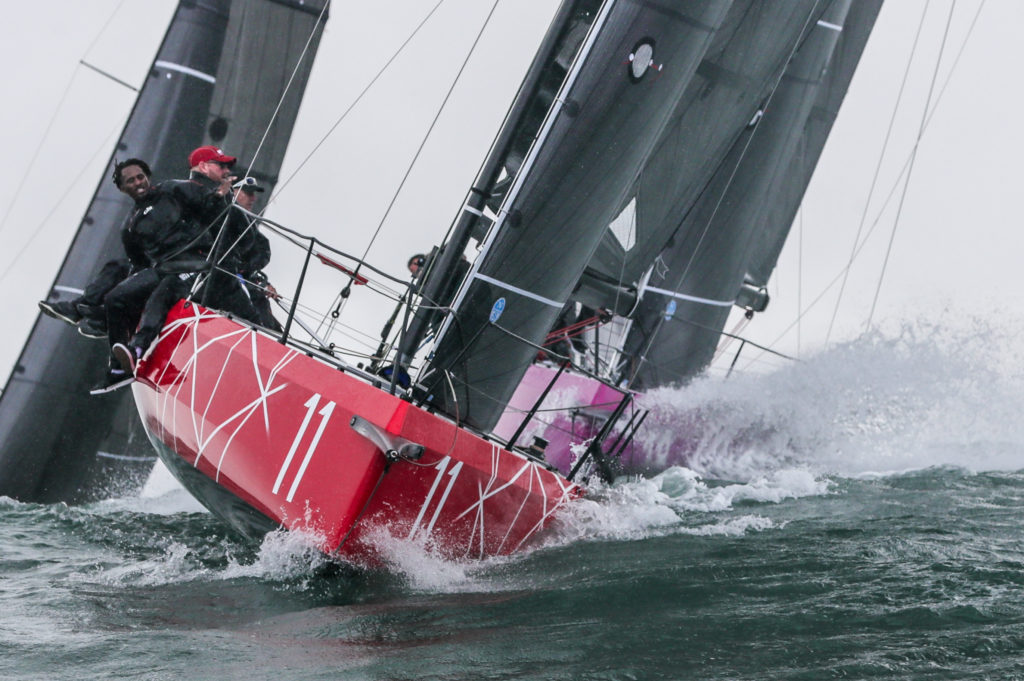 Nitro sailing for Witbank Yacht & Aquatic Club is the boat being sailing most consistently – and which is leading overall.
pic by Liesl King

The second day of racing had so many curve balls thrown at competitors that it made watching the two races exceptionally exciting. But kelp, of which there was plenty, certainly ruined the chances of several different competitors, as did the many wind shifts. 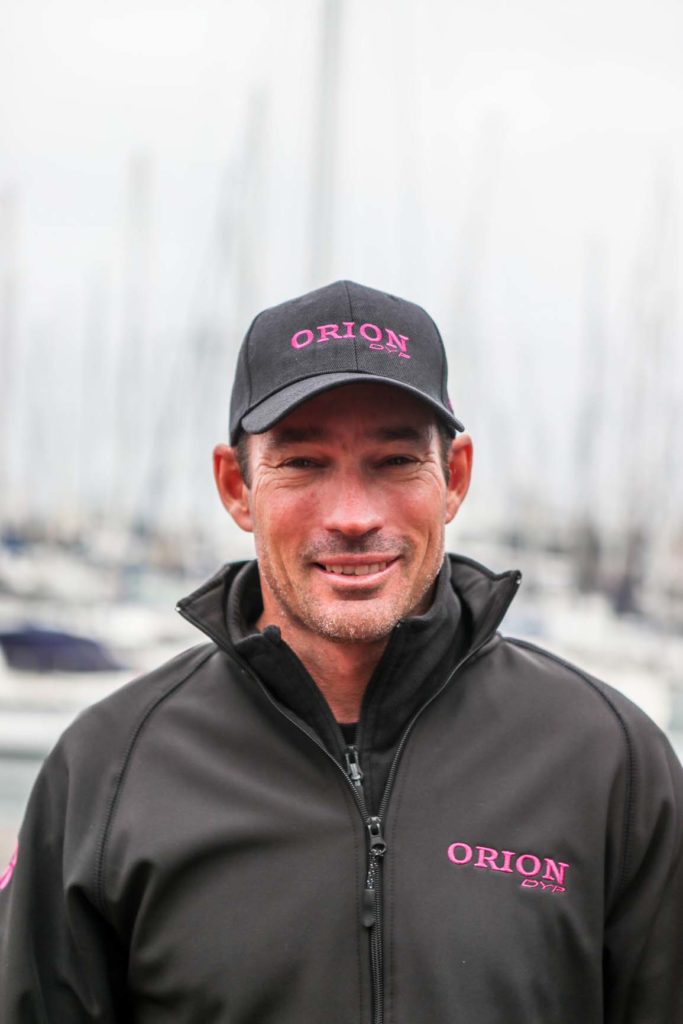 Gerry Hegie, who skippers the Royal Cape Yacht Club (RCYC) entry, was seen backing down at the weather mark to rid his keel of keel of kelp. He was last to the weather mark in the second race of the day, and lost further ground on the fleet thanks to the kelp, but instead of rueing his luck he took every opportunity in his stride and raced through to second overall in that race. That was the comeback of the day!

And others too had similar problems thanks to the stormy weather off Cape Town this week. 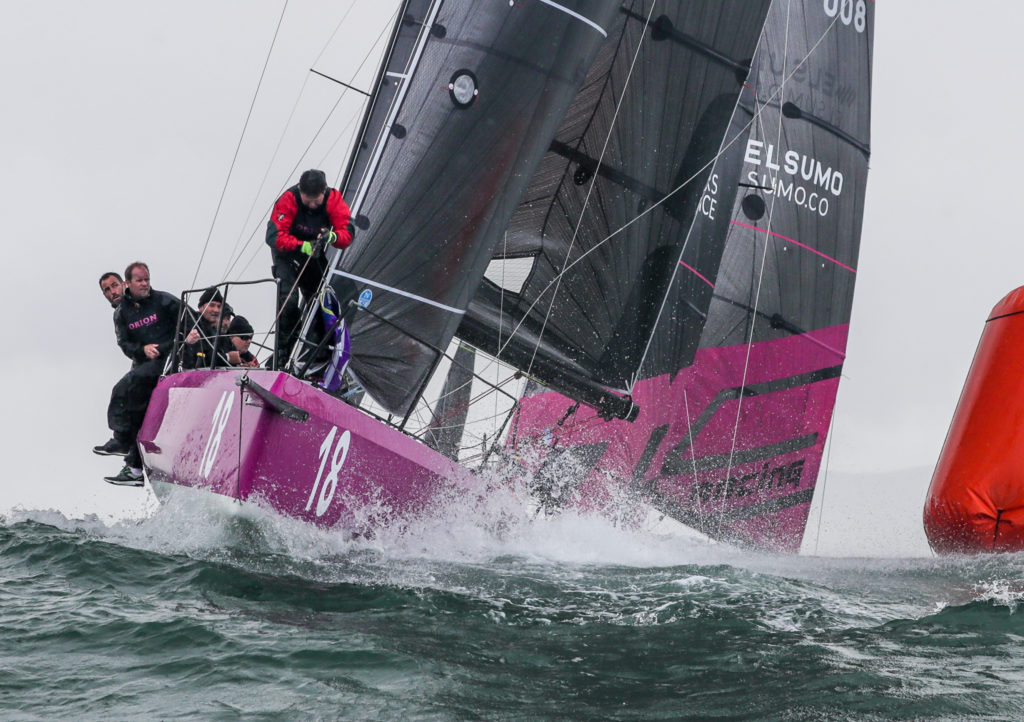 In the first race, the compulsory 12 nautical miles equilateral triangle, the Royal Cape Yacht Club (RCYC) boat had a commanding lead until the final gybe mark when a big windshift forced them to tack to lay the mark. This let the Royal Natal Yacht Club (RNYC) through from third place to take the lead and romp home to victory. In her manoeuvring to round the mark the RCYC boat fouled the 4th placed boat and was forced to take her penalty, and lose what was an almost certain victory. Fortunately for David Rae and his Witbank (WYAC) team they managed to retain their second spot throughout the race. 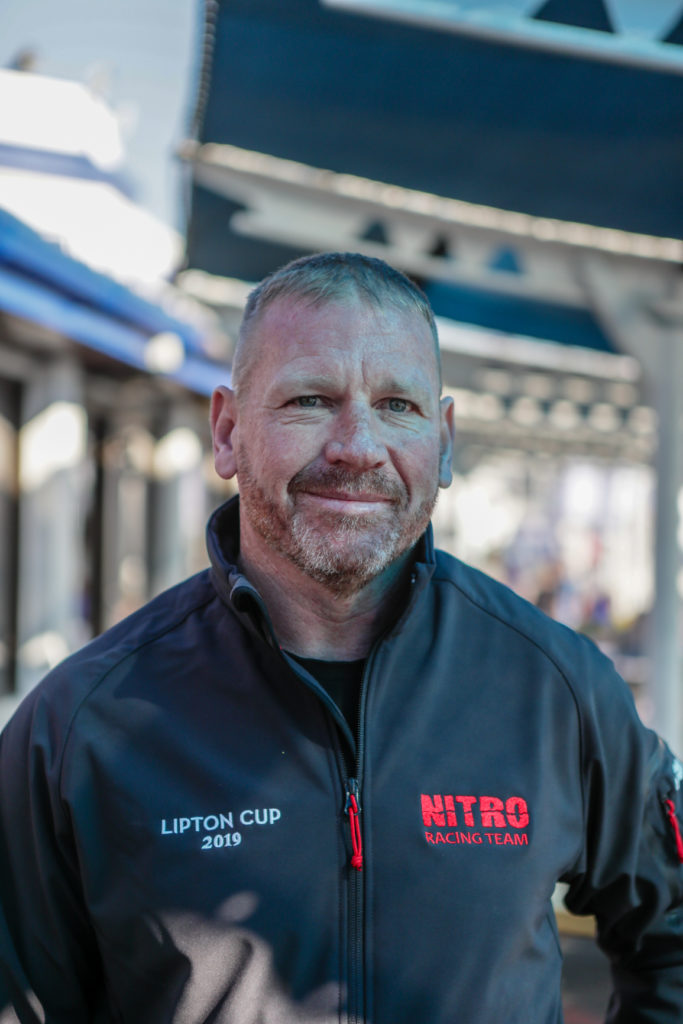 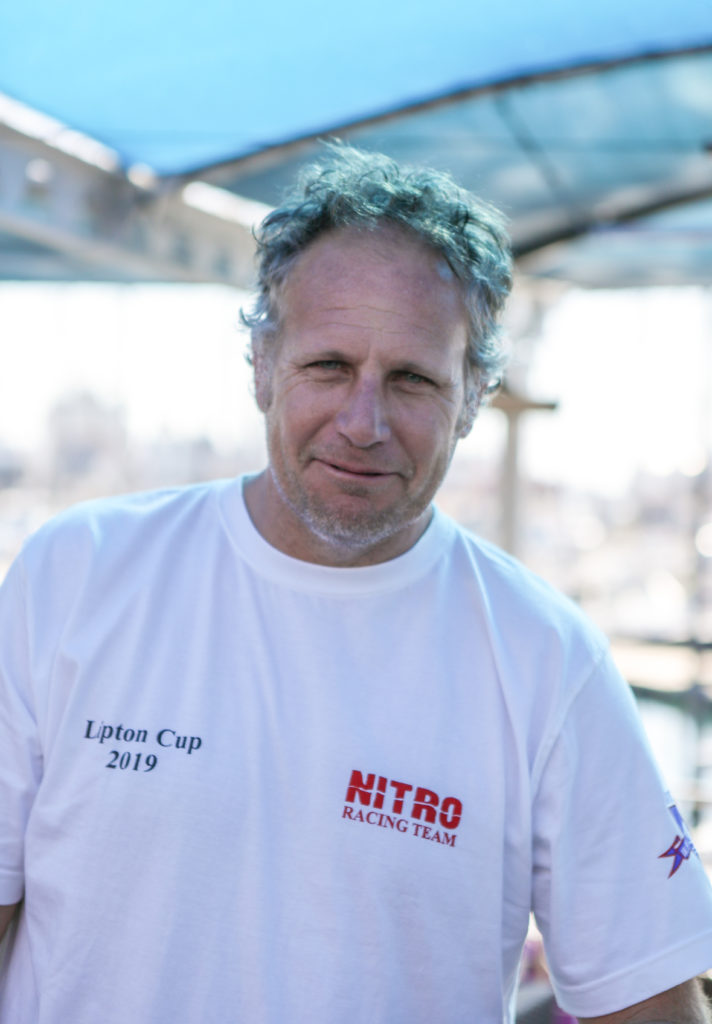 The second race also saw much position changing, for those behind Nitro sailing for Witbank Yacht & Aquatic Club (WYAC). Her skipper David Rae sailed an almost middle course up the first beat, led at the first weather mark, and never relinquished that position at all. So it was a fight for the minor placings, and with tough competition, there were several key duels out there, with the Royal Natal (RNYC) team being relegated to fourth, the Royal Cape (RCYC) team pulling off a spectacular second place, and the Langebaan Yacht Club (LYC) team being denied a second place almost on the finish line.

Despite some big gaps in the fleet at times, it’s very interesting to see how quickly the fleet can, and does, converge in a windshift or change in wind speed. These Mark Mills designed Cape 31s are super fast, with changes of fortune there for the taking – especially for the brave and those aware enough to spot them and capitalise on them.

Four races have been sailed now, with another four races possible in the next two days, with the final race on Saturday not permitted to start after 15h00. With a 6 point buffer between first and second, and 9 points between first and third, it’s going to take a massive effort from those currently in the minor places to topple Nitro (Witbank Yacht & Aquatic Club ) who are simply sailing consistently well – a key ingredient to winning the coveted Lipton Cup.