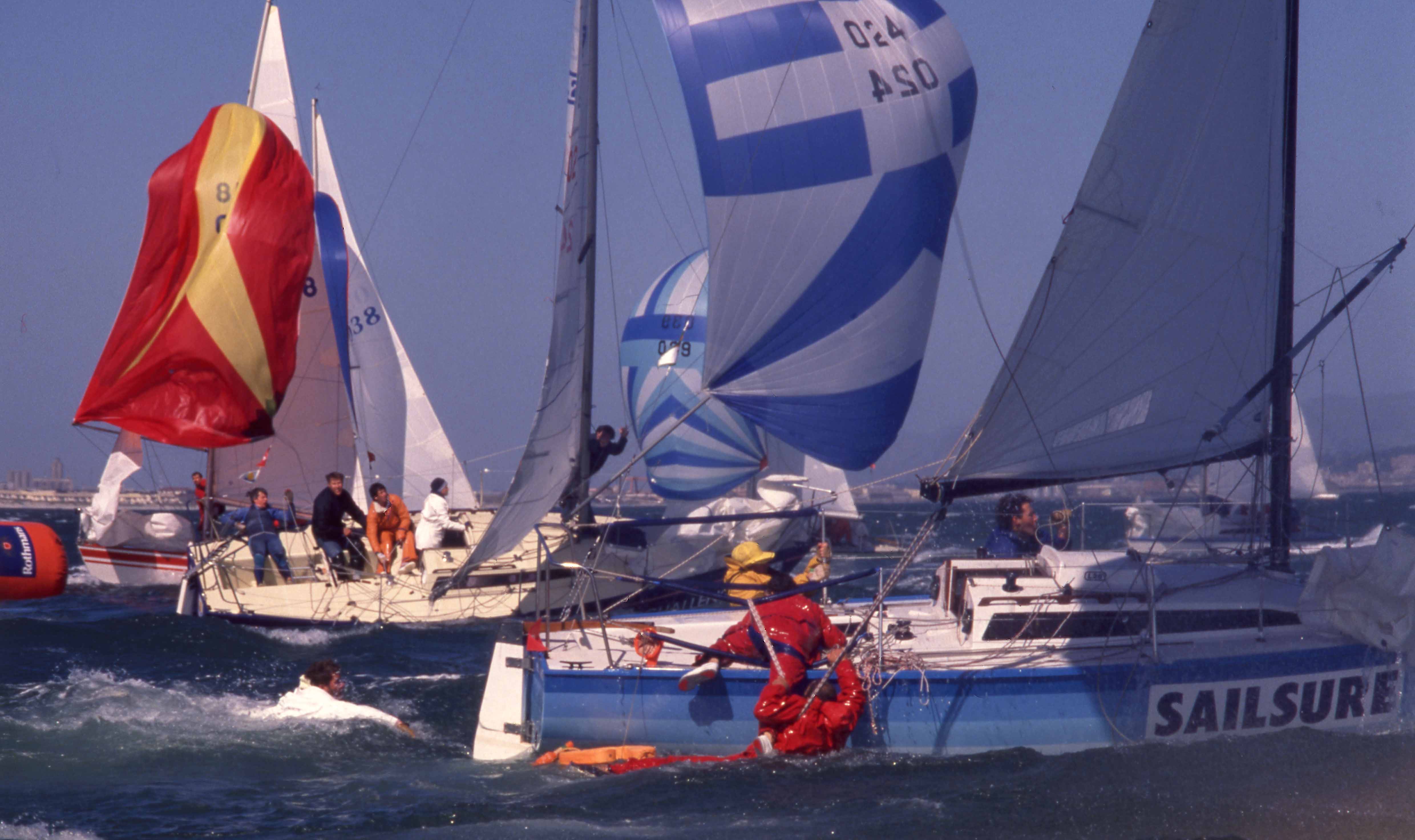 Yesterday I posted two L26 pics which had caught my eye while scanning them for archiving purposes, the opening pic above being the one which had Facebook buzzing.

The one of ‘Sailsure’ (which is actually ‘Philanderer’) I thought was taken during Rothmans Week, but it was actually taken during the 1988 Lipton Cup.

I also ‘claimed’ the pic as mine, but now have some doubts as to whether it really was taken by myself, so have now deleted the reference.

I continue to be amazed as to just how quickly people respond to pics, how they jog the memory, and how quickly the ribald comments start flowing! All great stuff.

So from what I have gleaned from the posts so far is that the person in white oilies swimming behind the boat is Will Ramage. “Paul (Thompson) was hanging on, outboard of the weather stanchion as the boat started to accelerate away from the scene of the gybe/capsize! That is him in the yellow gear on the other side of the boat!” said Ramage who followed on with this: “bloody hilarious now, but pretty hairy at the time – Philanderer had sailed off with nobody at the helm and I turned around to watch the fleet bearing down on me – and all largely out of control”.

So back to the business of this pic. My research shows that it was taken during the 1988 Lipton Cup – with newspaper cuttings from the Cape Argus and Cape Times as some sort of proof. 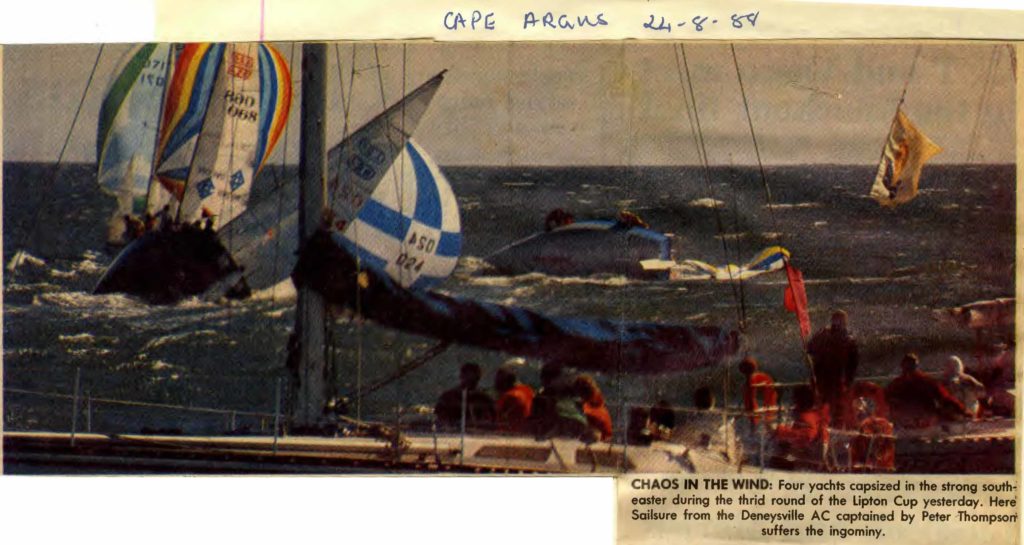 And for the full story on that epic Lipton Cup, the full reports from both magazines have been scanned. 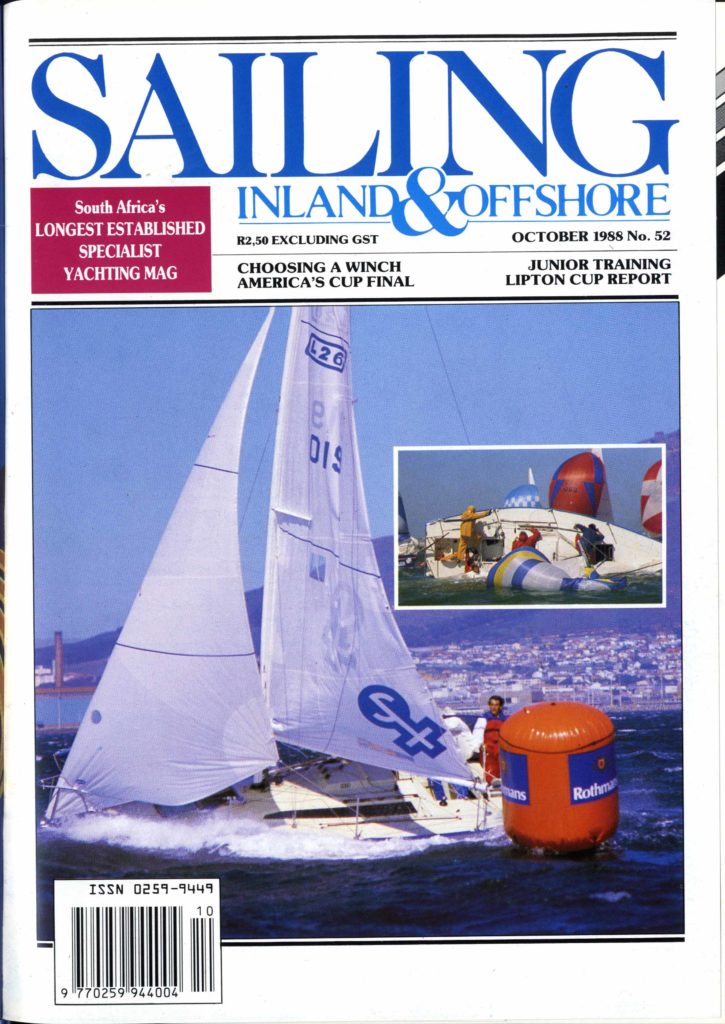