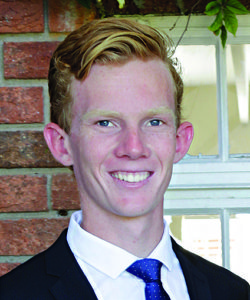 Gibbs started his sailing career at Imperial Yacht Club in Optimists, quickly taking to the sport and working his way up through the ranks to the top of the leader-board. He won the 2012 Optimist Youth Nationals, plus the selection regatta. He competed in the 2013 Optimist African Champs, placing second in the Optimists.

Just last month at the Western Cape Championships in Mossel Bay he won 9 out of 10 races in the 20-strong Laser Radial fleet.

Interestingly he moved strait to the Laser 4.7 when he finished in Optimists, missing out the Dabchick fleet completely. His build was perfect for Laser sailing and he quickly worked his way through the ranks to become the top Laser 4.7 sailor in South Africa. He has since graduated to the Laser Radial and is making a name for himself as a tough competitor in that fleet.