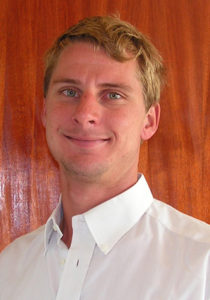 The Musto Skiff World Championships were held in Palma, Spain during June, and Tarboton finished 3rd in a very competitive fleet of 63 boats with 14 races in a good cross-section of conditions.

He started his sailing career at the Henley-Midmar Yacht Club in 1993 racing in an Optimist as well as crewing for either his mum or dad in a Miracle. He has raced extensively in both dinghies and keelboats, both as skipper and crew and has won National Championships in the Dabchick, Miracle and L26 Classes.

He moved to England in 2011 to practice on the international circuit with the target of representing South Africa in the 2016 Olympic Games in the 49er Class. Although he was unsuccessful in achieving that goal, the 5 years of hard sailing in the 49er gave him extensive experience in tough international competition.

He puts a huge amount of effort into his sailing, practising on the water as often as he can, including sailing during winter in England.