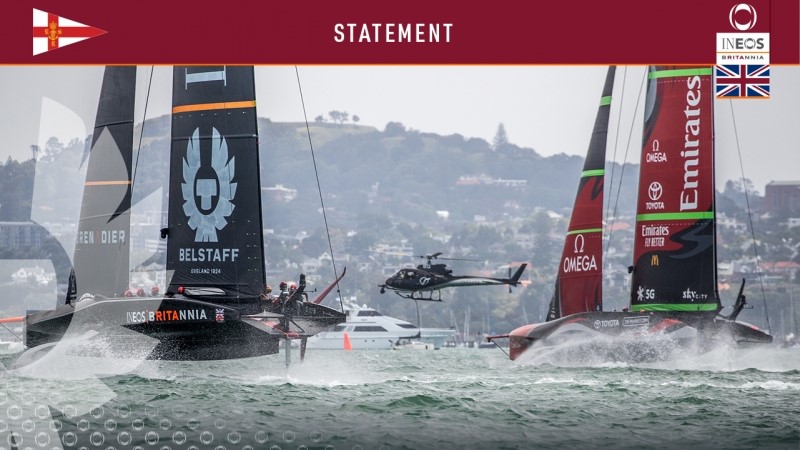 INEOS TEAM UK and Royal Yacht Squadron Racing are pleased to confirm that the Royal New Zealand Yacht Squadron, on behalf of the Defender Emirates Team New Zealand, accepted their Notice of Challenge for the 37th America’s Cup (AC37) and have become the Challenger of Record for AC37.

The Challenge letter was signed on 17th March 2021 onboard the yacht IMAGINE, by Bertie Bicket, Chairman of Royal Yacht Squadron Racing and accepted by Aaron Young, Commodore of the Royal New Zealand Yacht Club as Emirates Team New Zealand crossed the finish line to win the America’s Cup for the fourth time.

In addition, INEOS have confirmed they will continue to back Sir Ben Ainslie’s team to win sport’s oldest international trophy, giving much needed continuity, the cornerstone of every successful America’s Cup team. It will be the first time a British team has competed in three consecutive Cup cycles since Sir Thomas Lipton and the Royal Ulster YC bids between 1899 to 1930.

INEOS TEAM UK Skipper and Team Principal Sir Ben Ainslie said: “INEOS TEAM UK are committed to working alongside Emirates Team New Zealand and our respective yacht clubs to continue the development of this historic event. The introduction of the AC75 class of yacht has proven to be a transformative moment in the history of the America’s Cup and will be the bedrock of a really bright future.”

The America’s Cup, the pinnacle of yachting, was first contested in 1851 in Cowes, Isle of Wight and organised by the Royal Yacht Squadron, predating the modern Olympic Games by 45 years. The last British Challenger of Record to compete in an America’s Cup was the 12 metre, Sovereign in 1964. 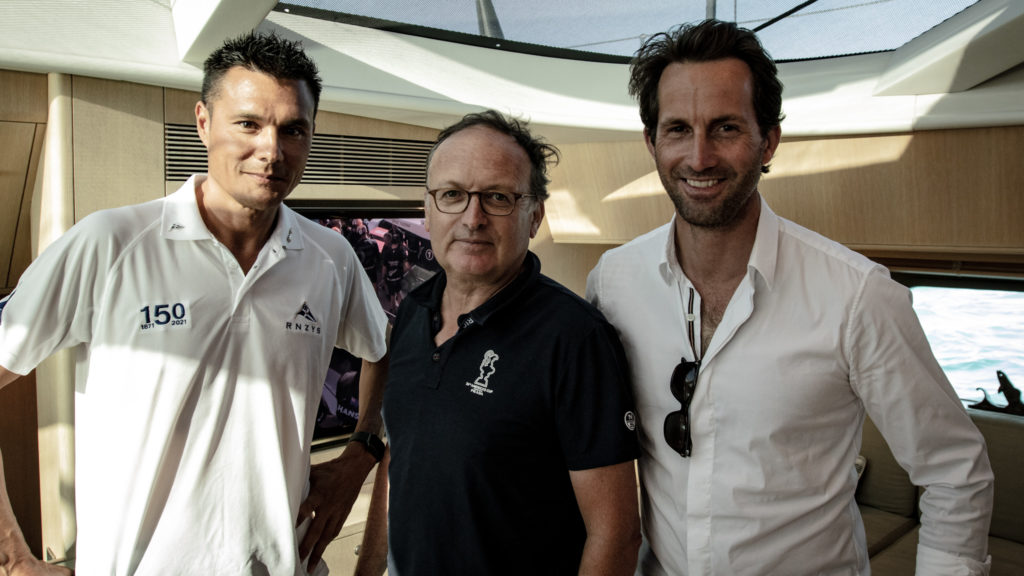 Bertie Bicket, Chairman of Royal Yacht Squadron Racing, who has been in Auckland, New Zealand for the duration of the 36th America’s Cup said: “We are delighted to be embarking on our third successive America’s Cup challenge with Sir Ben Ainslie and INEOS, as the Challenging Yacht Club for the 37th America’s Cup. We look forward to working with all parties and will strive to continue the tradition and history of this great sporting event.”

A Protocol Governing AC37 will be published within eight months including the provisions outlined in this release.
• It has been agreed the AC75 Class shall remain the class of yacht for the next two America’s Cup cycles, and agreement to this is a condition of entry.

• The teams will be restricted to building only one new AC75 for the next event.

• A single Event Authority will be appointed to be responsible for the conduct of all racing and the management of commercial activities relating to AC37.

• The Defender and the Challenger of Record, will be investigating and agreeing a meaningful package of campaign cost reduction measures including measures to attract a higher number of Challengers and to assist with the establishment of new teams.

• A new Crew Nationality Rule will require 100% of the race crew for each competitor to either be a passport holder of the country the team’s yacht club as at 19 March 2021 or to have been physically present in that country (or, acting on behalf of such yacht club in Auckland, the venue of the AC36 Events) for two of the previous three years prior to 18 March 2021. As an exception to this requirement, there will be a discretionary provision allowing a quota of non-nationals on the race crew for competitors from “Emerging Nations”.

• There are a number of different options but it is intended that the Venue for the Match will be determined within six months and the dates of racing announced in the Protocol, if not before.

“It is very exciting to have a new Challenger of Record to continue to build the scale of the America’s Cup globally. The AC75’s and the unprecedented broadcast reach of the exciting racing from Auckland’s stunning Waitemata harbour have really put Auckland and the America’s Cup at the forefront of international sport.”