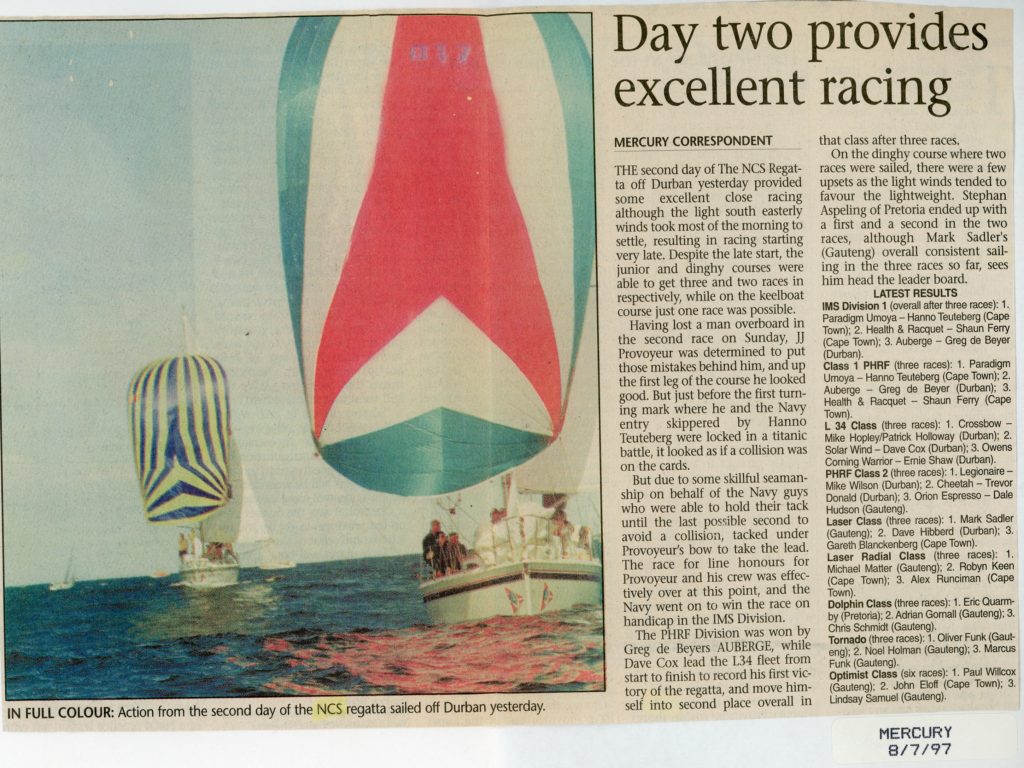 This was the year that PYC changed the format somewhat and included the dinghies – a positive move which regrettably did not find favour in certain circles and was dropped.

As can be seen from the results, so top boats and very well known sailors competed.
In the keelboats were Hanno Teuteberg; Shaun Ferry (better known as a top Hobie sailor); Dave Cox; Ernie Shaw; Mike Hopley and Patrick Holloway.

How times have changed!