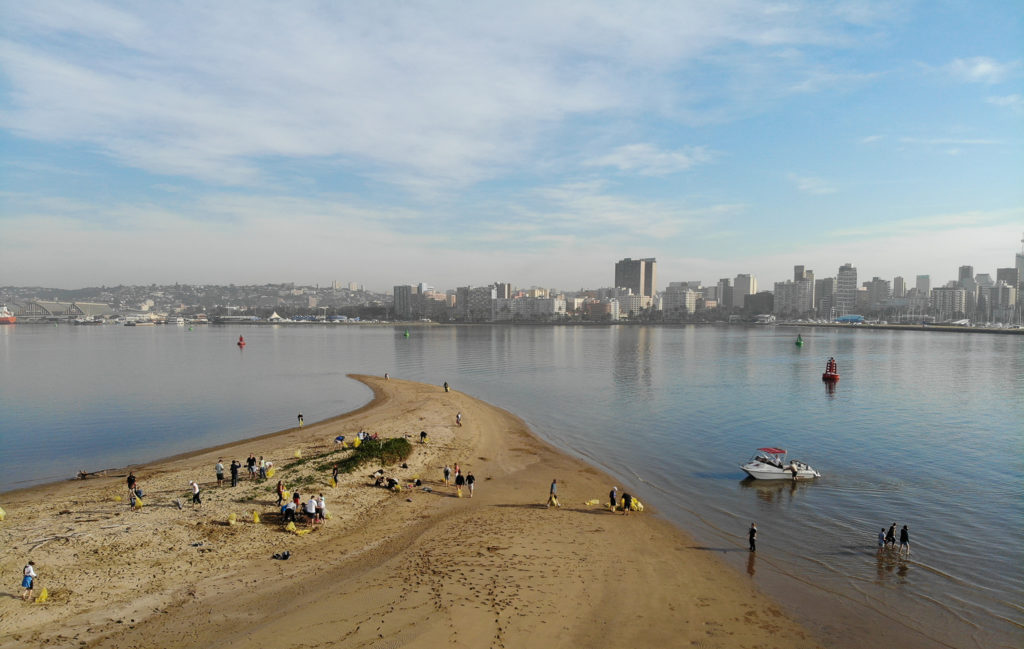 Pictured here is the island in the middle of the harbour that had about 100 people clearing litter off.
Pic by Sophie Thompson

Over 300 people flocked down to the marina-based yacht club, with teams cleaning the shore and others being ferried to the island by boat. 400 bags of litter were collected in just over two hours and included in the clean-up were two plastic yellow road barriers that were buried on the island.

The event co-organised by PYC sailor, Neil Millar from Winds of Change said, “The support from the public was overwhelming. There were a number of World Ocean Day events held around the city and we were only expecting about a third of the numbers. It is heart-warming to see the love that is out there for our environment. Sincerely, thank you to everyone who made the effort to come down and make a difference!” 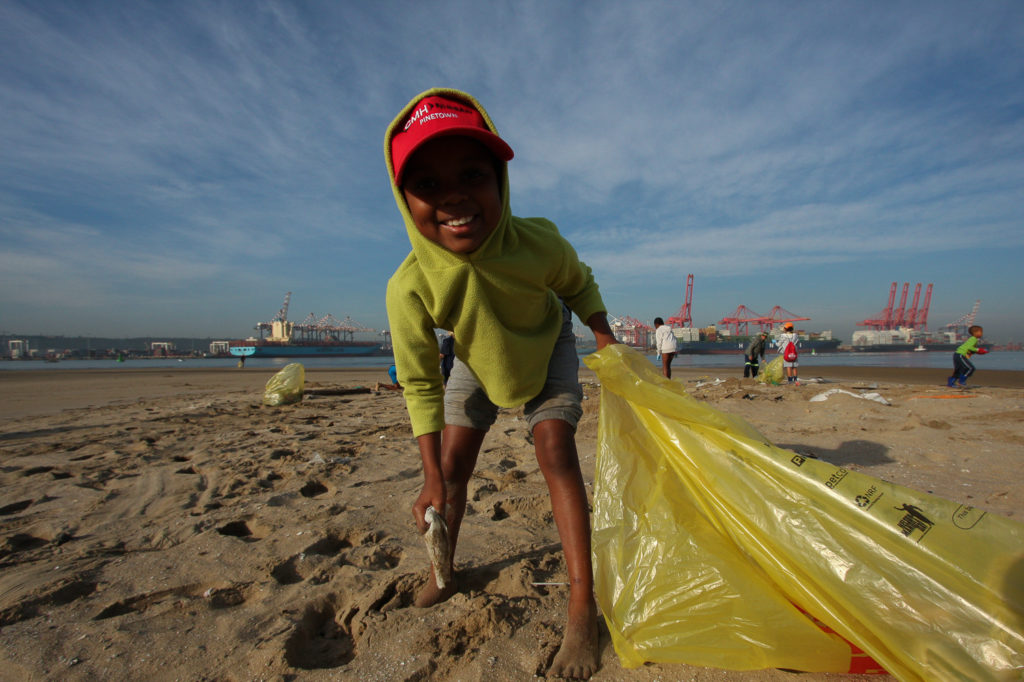 Mary-Lou Cotton from Glenwood. The six year old was there with her father Eric and brother Kai, and was so looking forward to the event that she got her clothes out the night before in preparation for the big day.
Pic by Sophie Thompson