The Golden Globe Race Village was officially opened to the public on Saturday.

Cutting the ribbon with local and regional officials, Yannick Moreau, President of the Les Sables d’Olonne Agglomeration said: “This is an historic race that follows in the wake of Bernard Moitessier’s famous yacht Joshua and Sir Robin Knox-Johnston’s Suhaili. The 2018 GGR marks the start of a very special adventure with 2-weeks of public festivities in the Race Village. Everything is ready to welcome the world to the seven towns that make up Les Sables d’Olonne Agglomeration” 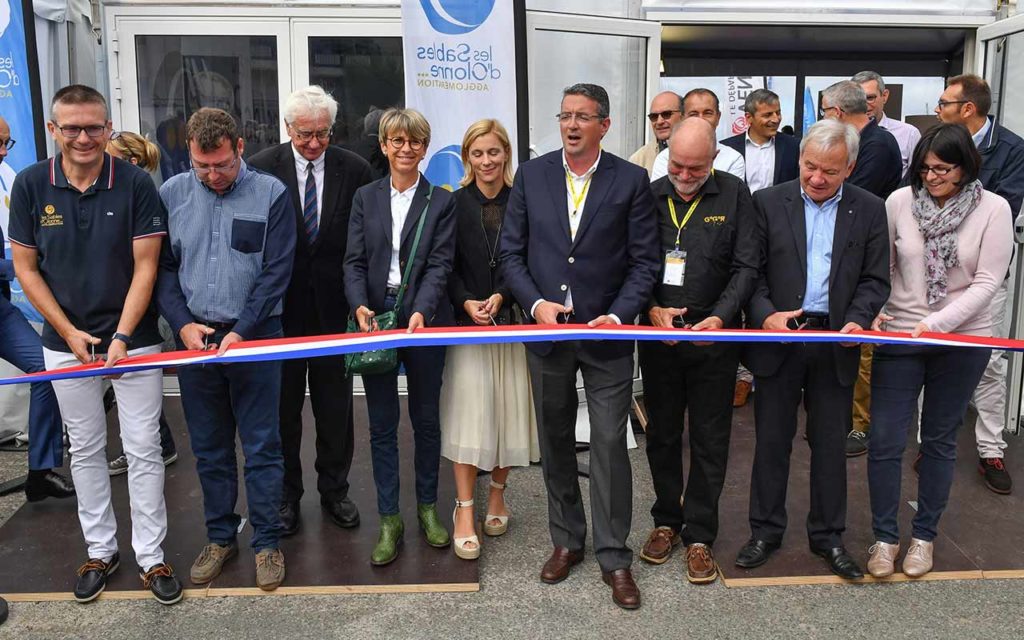 The opening of the GGR Race village in Les Sables D’Olonne.
Pic by Christophe Favreau

Don McIntyre, Chairman of the Golden Globe Race added: “We were here 9-months ago to announce the Race, and in another 9-months, these solo skippers will be returning from a great adventure around the world with an unknown outcome. What we do know is that the 18 skippers are due to arrive here over the next 24 hours starting later today with Dutch sailor Mark Slatts (Ophen) and local sailor Jean-Luc Van Den Heede (Matmut) currently leading the race from Falmouth”`. He added: “The local community has already embraced this race by taking this 50th Anniversary event to their hearts. It is wonderful to have so many volunteers assisting the skippers and race organisers. This is going to be a momentous event.”

Visitors will find the GGR yachts and skippers on the Vendée Globe pontoons, and admire the historic solo yachts – Sir Robin Knox-Johnston’s Suhaili, Bernard Moitessier’s Joshua and Sir Francis Chichester’s Gipsy Moth IV, together with Eric Tabarly’s Pen Duick III and Pen Duick VI. There is something for all ages: Learn to navigate with the stars and instruments of the past, attend conferences, interviews and demonstrations, participate in workshops and boat baptisms, and the conviviality of the Bar Guinguette during evening concerts

The Race Village is open to the public from June 16 to 30, and is free of charge. Activities are planned each day and entertainment specifically for children will take place. 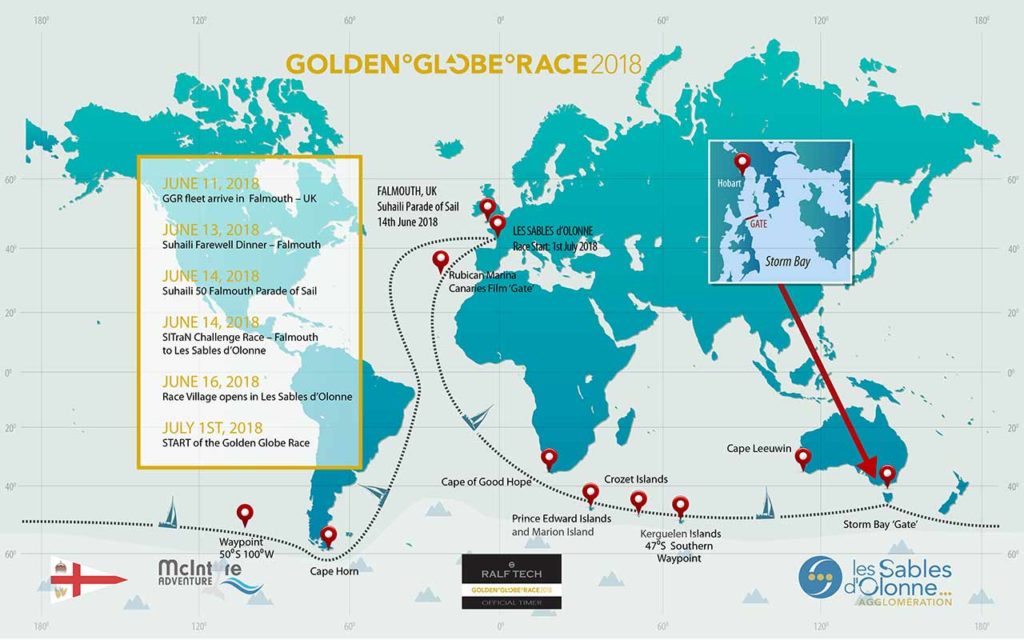