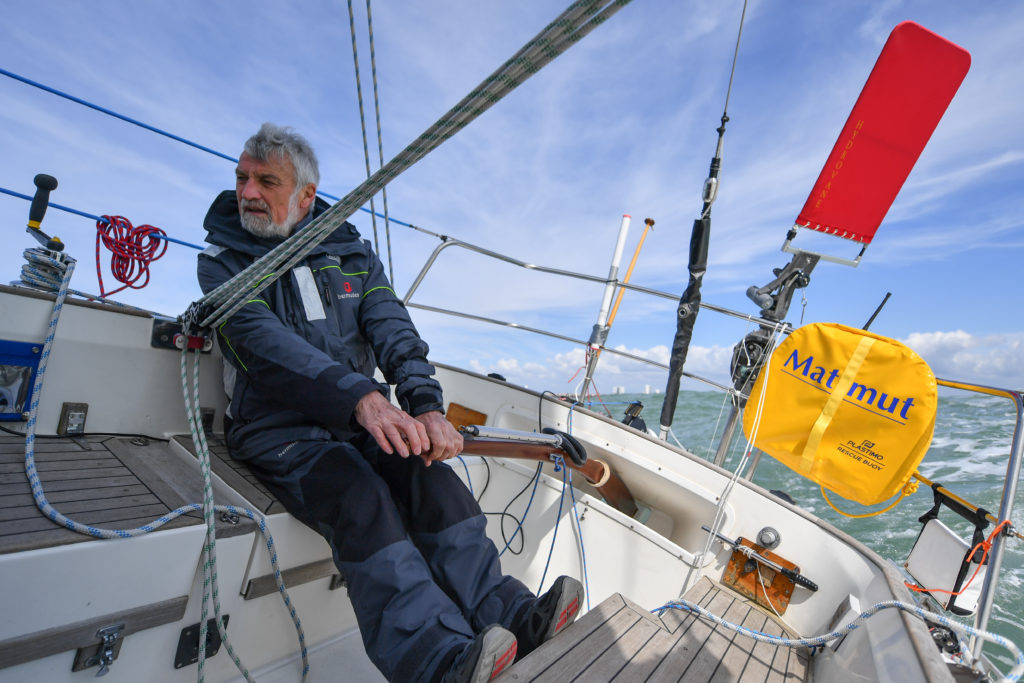 It’s been a tough few days out there for Jean-Luc Van Den Heede as he battles his way towards the race finish with rig which was damaged on his way to Cape Horn.

In the last few days he has been becalmed while his closest rival Mark Slats was making good progress. And then, almost as the final nail in the coffin, a looming depression promises to make the final miles of his race very uncomfortable – in sailing terms as well as having to nurse his mast. The depression could have winds of 40-plus knots and 8-metre seas.

It is rumoured that the legendary Sunday Times Golden Globe Race, Sir Robin Knox-Johnston in person will be there to greet the man who, 50 years later, took up the torch of this exploit unconventional. A transfer of power, but also the recognition of the link that connects these sailors made a funny wood.

That will be a fitting finale for the winner of this race as Sir Robin took 312 days to complete the course, while Van Den Heede’s time is expected to be 210 days.