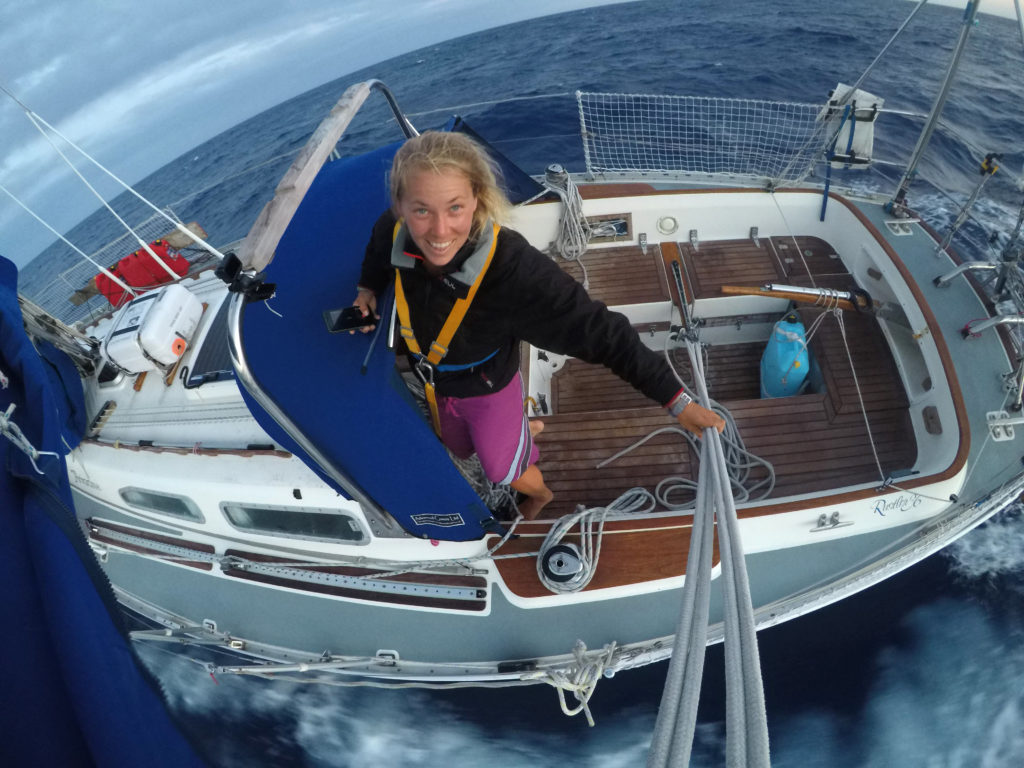 Over the weekend, French yachtsman Philippe Péché fashioned a repair to the aluminium tiller on his Rustler 36 PRB, but without self steering, has decided to head to Cape Town under reduced sail.

This morning, the 57-year old professional from La Trinité Sur Mer, who had led the Golden Globe Race almost continuously since the start from Les Sables d’Olonne on 1 July, was making 2.9 knots in 25 knot headwinds and expecting to take 13 to 17 days to reach the Cape.

Péché first alerted race organisers to the broken tiller on Friday, but his problems began earlier in the week when the actuating arm on his Beaufort wind vane self steering system sheered off. Attempts to repair the wind vane with spare tube for his special telescopic tiller failed, and when the tiller then snapped in 45 – 50knot winds experienced at the end of last week, he had nothing left to repair it with.

Péché made an emergency call to the Golden Globe Race HQ on Friday using a satellite phone all competitors carry for use in such situations. Skippers are free to call Race HQ and emergency services at any time, but under the strict rules of this retro non-stop round the world race, can only contact the greater world by radio. Péché then made a second call to his partner, having told Race HQ “I am going to call my partner and I do not care about the consequences.”

Don McIntyre, the Race Chairman confirmed today: “The situation is that Philippe is now in the Chichester Class as if he had made one stop. So if he now pulls in to Cape Town that would be a second infringement and he would be out of the Race altogether. He can apply for a time penalty for the phone call (As Istvan Kopar did after stopping in the Cape Verde Islands two weeks ago) and we will reconsider that, because as far as we can ascertain, he did not receive any materiel assistance other than psychological support. If successful, this would reinstate him in the GGR, and allow him to continue in the Chichester Class after he stops in Cape Town.”

Nabil Amra, the Palestinian/American who was forced to retire from the GGR two weeks ago after suffering an identical failure with his Beaufort wind vane self-steering, has every sympathy for Philippe’s situation. He said today. “I have my fingers crossed for Philippe. This is a bad spot for it to happen. I had a fear that the next blow he got from behind was going to do the same thing [to his wind vane]. The winds may be with him but that doesn’t change the feelings that well up inside when you see that useless bit of gear hanging off the back. 1,500 miles is just possible with a following wind, but he will be completely demolished by the time he makes Cape Town.

Everyone says that you should balance the rig so that the boat sails herself. But to make it do that for any appreciable time when every third wave is knocking you far enough off course that she just starts charging off in errant directions, is not easy. It takes only an hour to realize how futile that is (especially if you are beating into the winds!). You then resign yourself to hand steering for 18 hours a day, which is when the soul sucking starts! This will be when Philippe’s real “race” starts. I’m sure he will surprise us all. This is when he has to dig really deep, from a place that nobody ever sees. When your ship is wounded, so are you!

He is in my thoughts!” 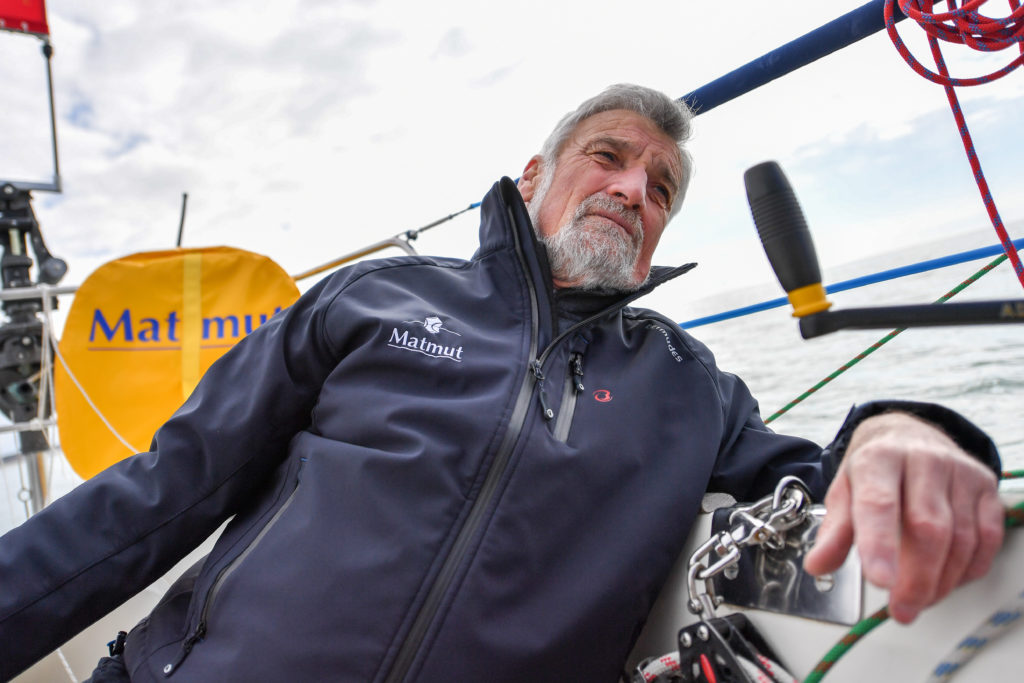 Fellow Frenchman Jean-Luc Van Den Heede sailing the Rustler 36 Matmut who shadowed PRB’s course down the centre of the South Atlantic, continues to lead the Race, some 575 miles ahead of second placed Dutchman Mark Slats (Rustler 36 Ohpen Maverick) who chose to take the longer westerly Trade wind route. This morning, he tacked south to avoid a high pressure system that may yet entrap Van Den Heede, in expectation of riding the strong favourable winds generated by the next low pressure system sweeping in from the west in the hope that this could close the gap or even leapfrog him ahead of the French leader.

Norwegian Are Wiig (OE 32 Olleanna) has moved up to 3rd place displacing Estonian Uku Randmaa (Rustler 36 One and All) during the weekend. Britain’s Susie Goodall, who reported last Friday ‘I’VE DONE A SUPER JOB OF FINDING THE WINDLESS PATCH IN THE SOUTH ATLANTIC’ has now found fresh wind again and her Rustler 36 DHL Starlight is moving well in 6th place, but Finland’s Tapio Lehtinen (Gaia 36 Asteria) has yet to find a fix for his solar panel and engine problems and is now very low on battery power.