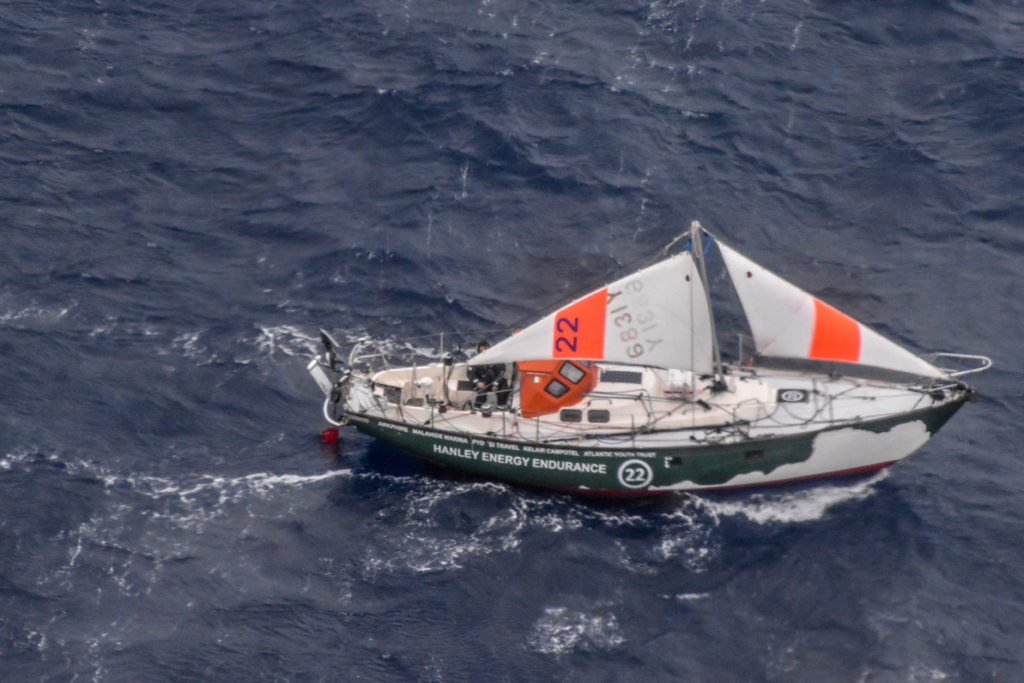 Speaking at a press conference, the 32-year old Irish yachtsman said “It’s fantastic to be here in Perth. While Australia was never my intended final port, I couldn’t be happier and more grateful right now. My journey started some 92 days ago, when I departed France on ‘Hanley Energy Endurance’ in an attempt to sail alone non-stop around the world.

In a horrendous storm, my yacht was capsized and dismasted, as was my competitor Abhilash Tomy’s yacht. I was uninjured and was planning to sail to safety. However, Abhilash was not so lucky. He suffered a back injury and was in immediate danger, so I built a jury rig and set a course for his location. Thankfully, we were both picked up and Abhilash is now recovering.

The real heroes today are the professionals that coordinate and execute such missions. All services were tested to their limits and excelled. The international cooperation between Australia, France, and India has proven that no matter how remote, there is always cover, and the investment in naval assets and training paid off. I understand the Ballarat crew had returned early from leave and I pass on my deep gratitude to them and their families for their dedication to duty.”

McGuckin added: “Of course, the Golden Globe Race continues and my thoughts are very much with my fellow competitors. My incident merely underpins the challenges they face and I am sure we would all wish the remaining boats a safe passage until the race completes next year. I would also like to thank Don McIntyre and his team for their support. 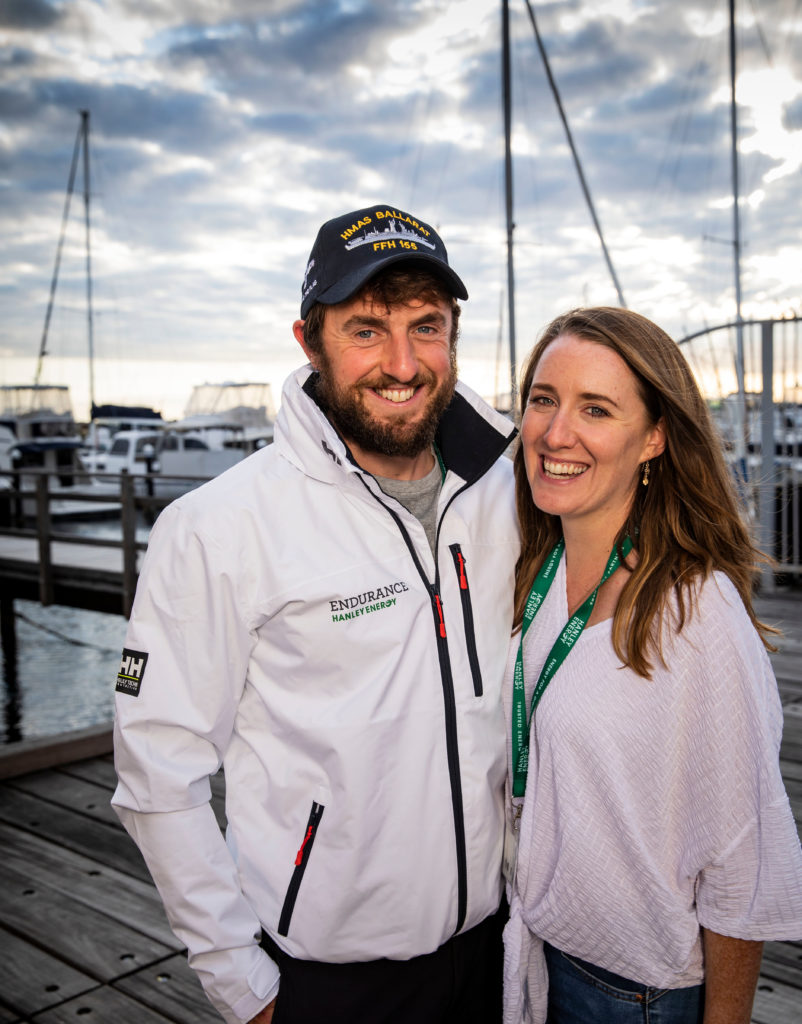 Gregor McGuckin pictured with his girlfriend Barbara O’ Kelly after arriving in Perth aboard the frigate HMAS Ballarat after his yacht Hanley Energy Endurance was rolled.
Pic by Tony McDonough/PPL/GGR

Right now I want to spend time with my family. I will reflect on my experience and address all matters and questions at great length in due course. Thanks again to all involved. I will forever be indebted for your efforts.”

Indian, Abhilash Tomy, who was rescued at the same time is now en-route to his home waters and recovering.

These two retirements now leave 8 of the original 18 Golden Globe entrants who continue to be led by French veteran Jean-Luc Van Den Heede and his Rustler 36 ‘Matmut’. Van Den Heede has built up a 1,500 mile lead over 2nd placed Dutchman Mark Slats and is expected to reach the film gate in Storm Bay, Tasmania on Friday.

In a satellite call to Race HQ, the 73-year old Frenchman reported: “All Good, had a good week and good winds. Since this morning I have had 15 knot headwinds from the SE so am close hauled, and can’t go more south at the moment. No major nor minor problems. ETA: 3 – 4 days depending on the wind direction changing soon or not.”

Estonian Uku Randmaa sailing another Rustler 36 ‘One and All’, is 2,132 miles behind the leader, and now in 3rd place. He reported a major change in the weather since last week’s storms. “No Wind, boat ok. On the radio with Susie Goodall and Mark Slats everyday. ETA: 20 days to Hobart”.

Goodall and her yacht ‘DHL Starlight’, 664 miles behind, has also been plagued by light winds: “No wind, but now used to these calms. Boat OK. A whale came yesterday very close, and a sea lion this morning. Not so much water. I’m a little bit concerned.” She would normally be collecting rain caught in the yacht’s mainsail, but the yellow paint finish on the cloth is tinting the water she collects. Her concern is that this could be toxic.

Race Organisers are also concerned for Russian skipper Igor Zaretskiy who reported a week ago that his hands had become so chapped and sore that he was having problems sailing his Endurance 35 ‘Esmeralda’. She has averaged only 1.8 knots over the past 24 hours, but Team spokesman Rasim Poloskim reported: “We had Igor on SSB yesterday. The latest news is that his fingers are working now. What we hear is that he was pretty much exhaust by the storm on 29 September. It was quite violent, and he decided to weather it by lying hove to. The wind was so strong that it broke the wing off the windvane self-steering. Igor has a spare one onboard, but it was not safe to work on the stern at that time. As he said, ‘It was the type of storm you are better staying down below in your sleeping bag!’

‘He balanced ‘Esmeralda’ by setting her storm sails, fixed the wheel, and was quite happy how she held a course. His storm jib sustained some damage and the bilge pump failed – although the latter has now been fixed. `He sounded pretty chipper, and signed off with his usual phrase, ‘Esmeralda OK’ .”