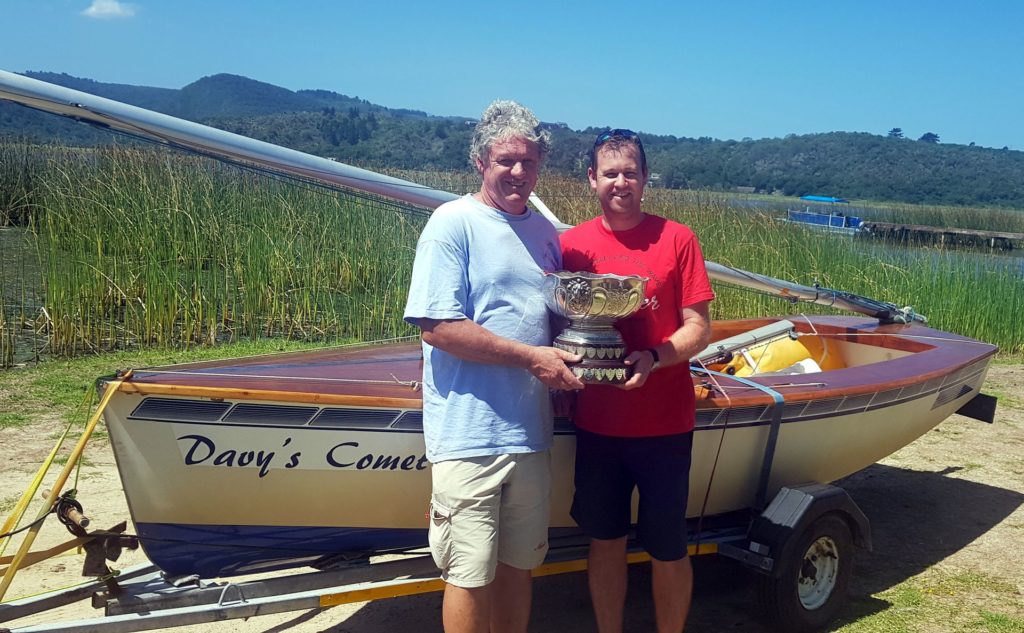 A light south westerly wind blew on the first two days, permitting four races on each day to be completed. The best wind of the regatta arrived on the last day, with a moderate south easter blowing. Three races were completed in these more challenging conditions. 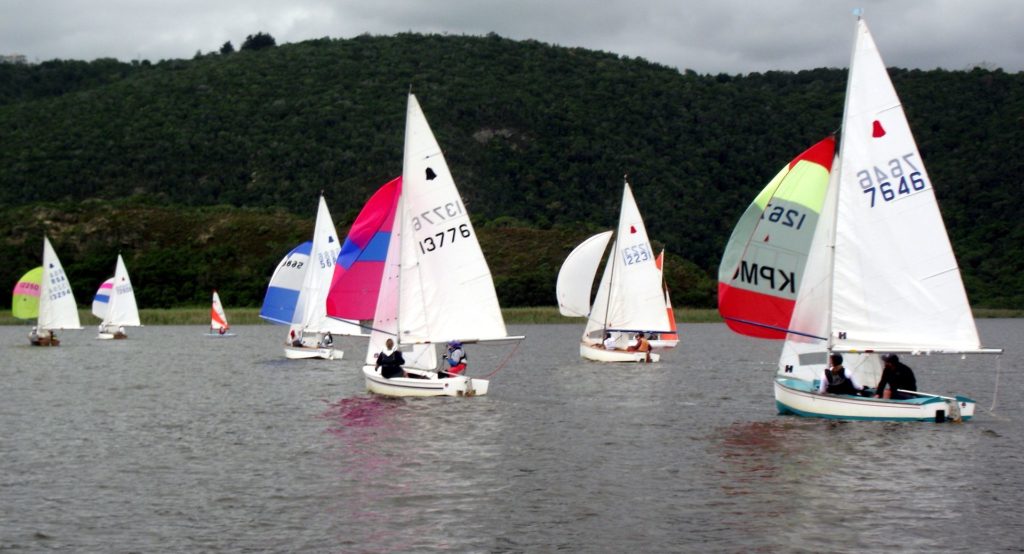 The fleet of GP14s sailing under spinnaker during the National Championships.

With the GP14s starting first in each race, it was Tom Barry and Kirstie Gehrung who had the initial lead in the first race, before being overtaken by Anthony Parker/Dudley Isaac and Malcolm Osborne/Brent Gray. They fell back during the race, with Parker taking the first race win, ahead of Osborne, with Pat Mitchell in third place. In the second race, it was Morgan Evans with the initial lead, but he too fell back during the race. Osborne took this race win, ahead of Alan Keen and Parker. 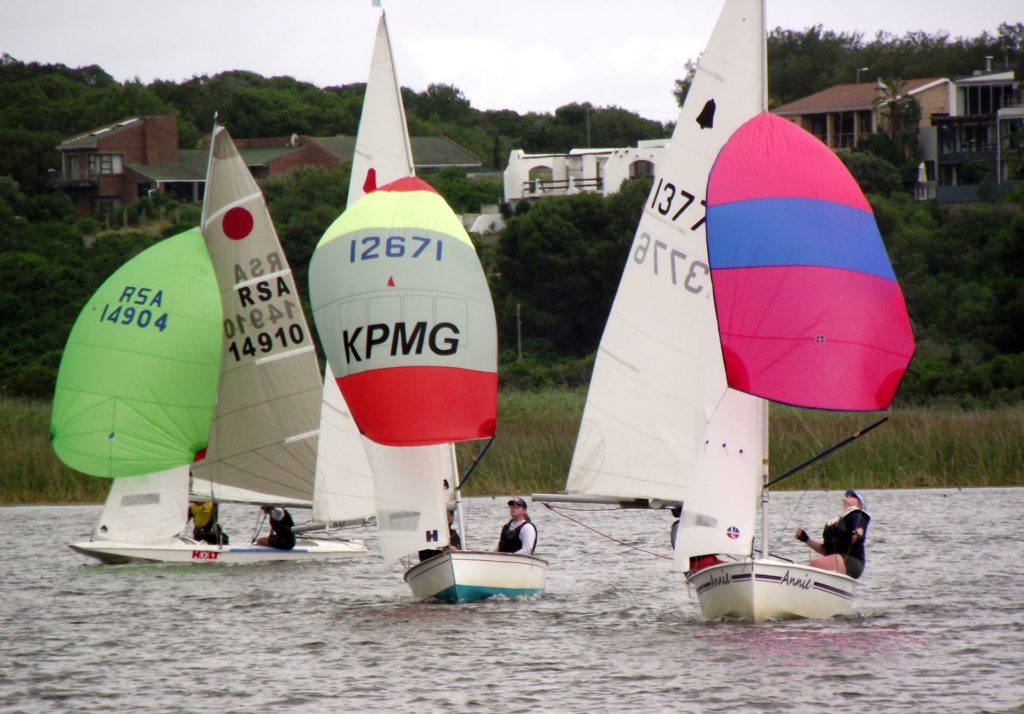 Parker then proceeded to rack up a series of race wins, only slipping in race 6 when a centreboard problem slowed them down. Alan Keen took that race. With the championship nailed down by Parker/Isaac, the minor placings were contested by Amber de Decker/Matthew de Villiers, Alan Keen and Pat Mitchell. Amber did not do so well in the fresher wind on the last day and Keen and Mitchell ended with tied points for second place. Sailing’s tie-break system gave second place to the team of Alan and Millicent Keen, with Pat and Jenny Mitchell pushed down to third place. At the prize giving, the GP14 Silver Rosebowl trophy was awarded to Anthony Parker and Dudley Isaac, who sailed for Knysna Yacht Club.

For the New Year Regatta junior fleet, it was dominated by the Optimist of Conrad Holm, who achieved seven first places. Kyle Koeries and Thomas Lawa got a race win apiece on the first day and Sean Vonk on Tera Sport got one on the last day. Thomas Lawa was second overall, with Kyle Koeries in third place.

The senior fleet was headed by the Fireball of Georgou Divaris and Ferdinand Holm. At the front of this fleet, they had competition at times from Christiaan & Dietmar Holm. However, on handicap, the Holm team did not fare so well. In the lighter wind, it was the Finn of Leon Ferreira who was doing well, getting some first and second places. Then, on the better wind on the last day, it was the Dabchick sailed by Max Hall who secured three second places ahead of the Holms. Max was able get the Dabchick to perform to its rating in the stronger wind. Divaris/Holm were the winners of the senior fleet, ahead of Leon Ferreira and Holm/Holm.

George Lakes Yacht Club thanks it sponsors, Sotheby International Realty (George) and Raubenheimers Attorneys for their support and helping to ensure the success of the event. 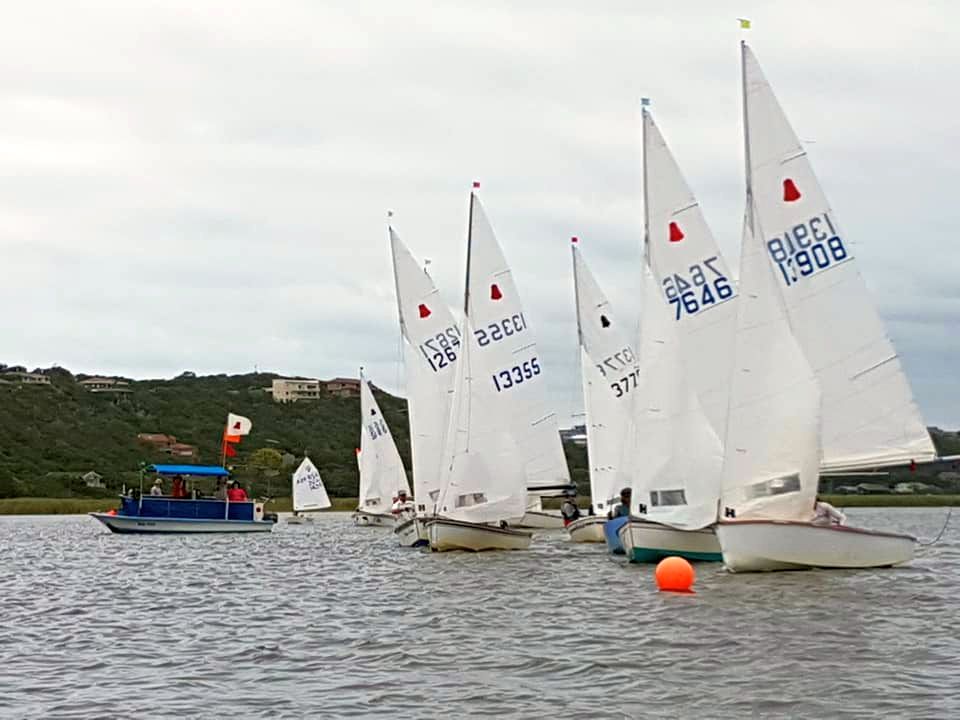 The start of a GP14 race on the second day of the regatta.