From the Archives. Traditional Boats

This country used to have a Traditional Boat Association which, as I have not heard much about it for some years, must now assume it is defunct. Sad, but probably due to many of the old codgers who established and nurtured it no longer being with us.

This pic, from the Cape Argus of 14 March 1992 shows a very youthful Rafe Axelson with George Askew preparing boats for a weekend rally. 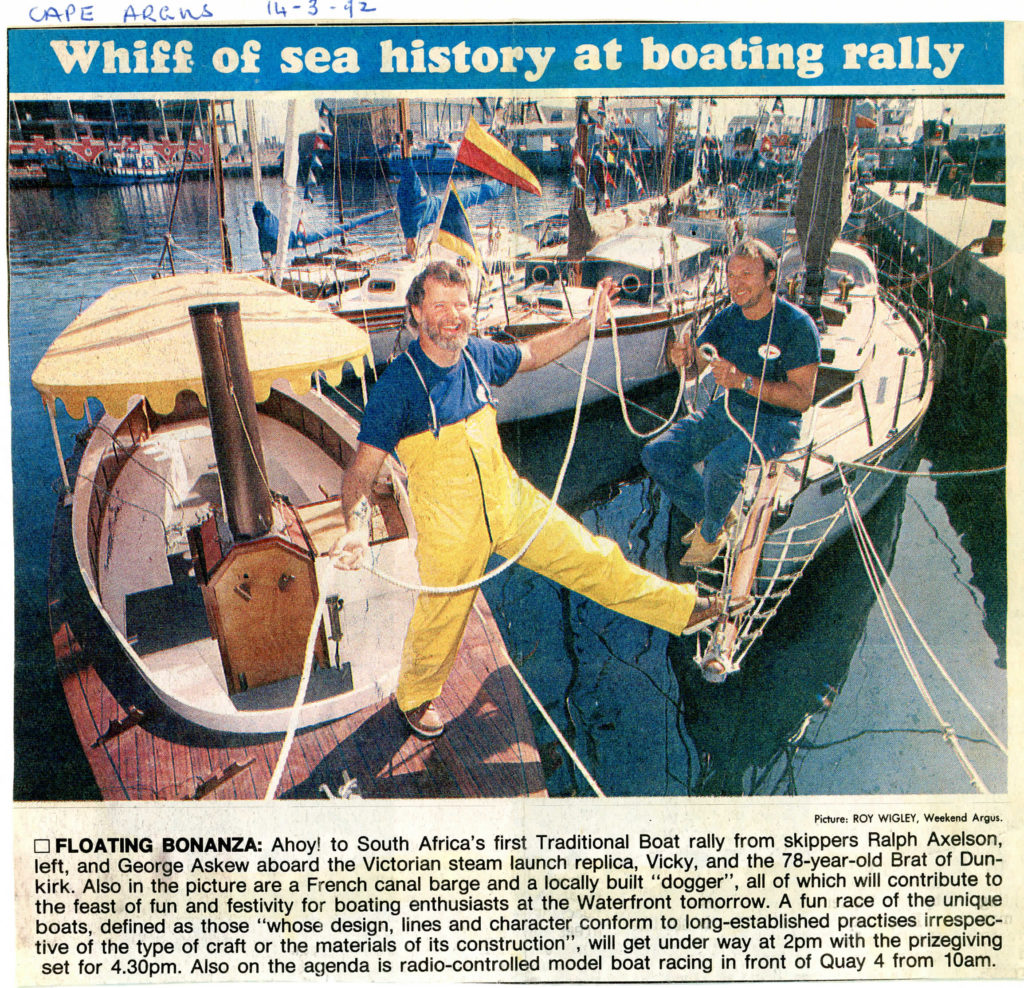 “Talking Sailing” From My Archives. Vasco Race Start Postponed, So More Pics From Days of Yore