From the Archives. Round the Island Race 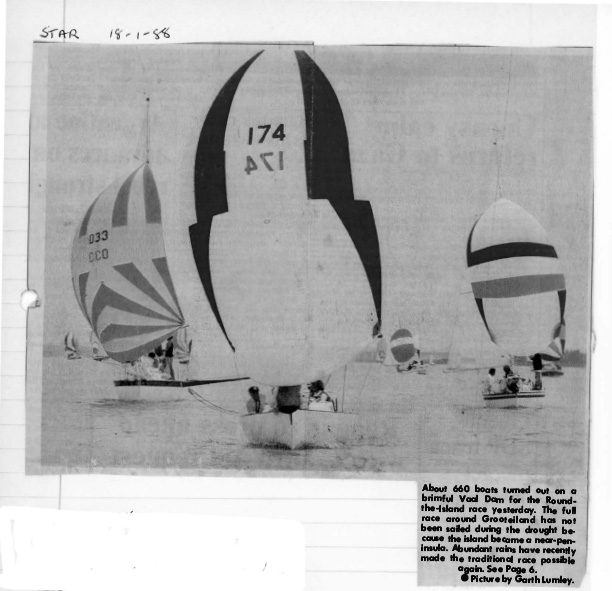 With the Round the Island Race on the Vaal Dam due to start at the end of this month, here’s a reminder of what it was about in 1988.

This cutting from The Star on 18 January 1988, has this caption:

About 600 boats turned out on a beautiful Vaal Dam for the Round the Island Race yesterday. The full race around Grooteiland has not been sailed during the drought because the island has become a peninsula. Abundant rains have recently made the traditional race possible again.

The talk of drought then is the same subject being spoken about right now, especially in the Western Cape. Let’s hope that widespread abundant rain is evident again before the event this year.