From the Archives – Crystic Week 1992 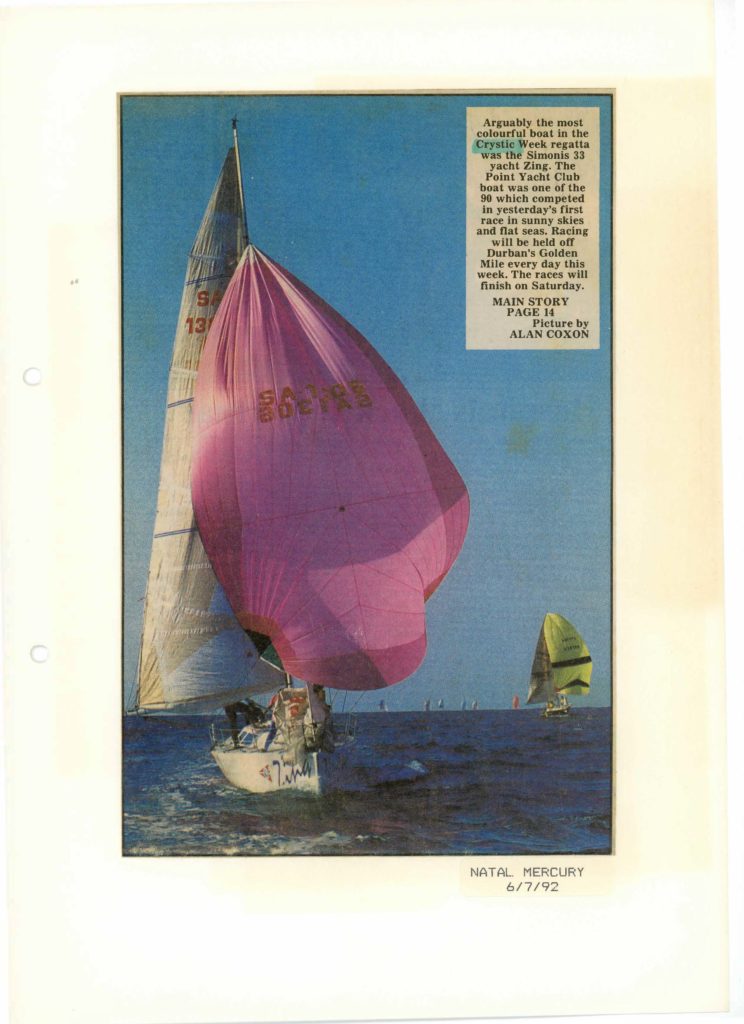 The MSC Regatta gets going again on 2 July.

The July week of sailing off Durban is an event steeped in history, and which started off in the ‘70s as Mainstay Week, became the Crystic Ocean Challenge, Crystic Week and then the NCS Week.

Here are some archived press cuttings from the 1992 Crystic Week event. Click on each of the links below to open them.