From the Archives. Ant Steward 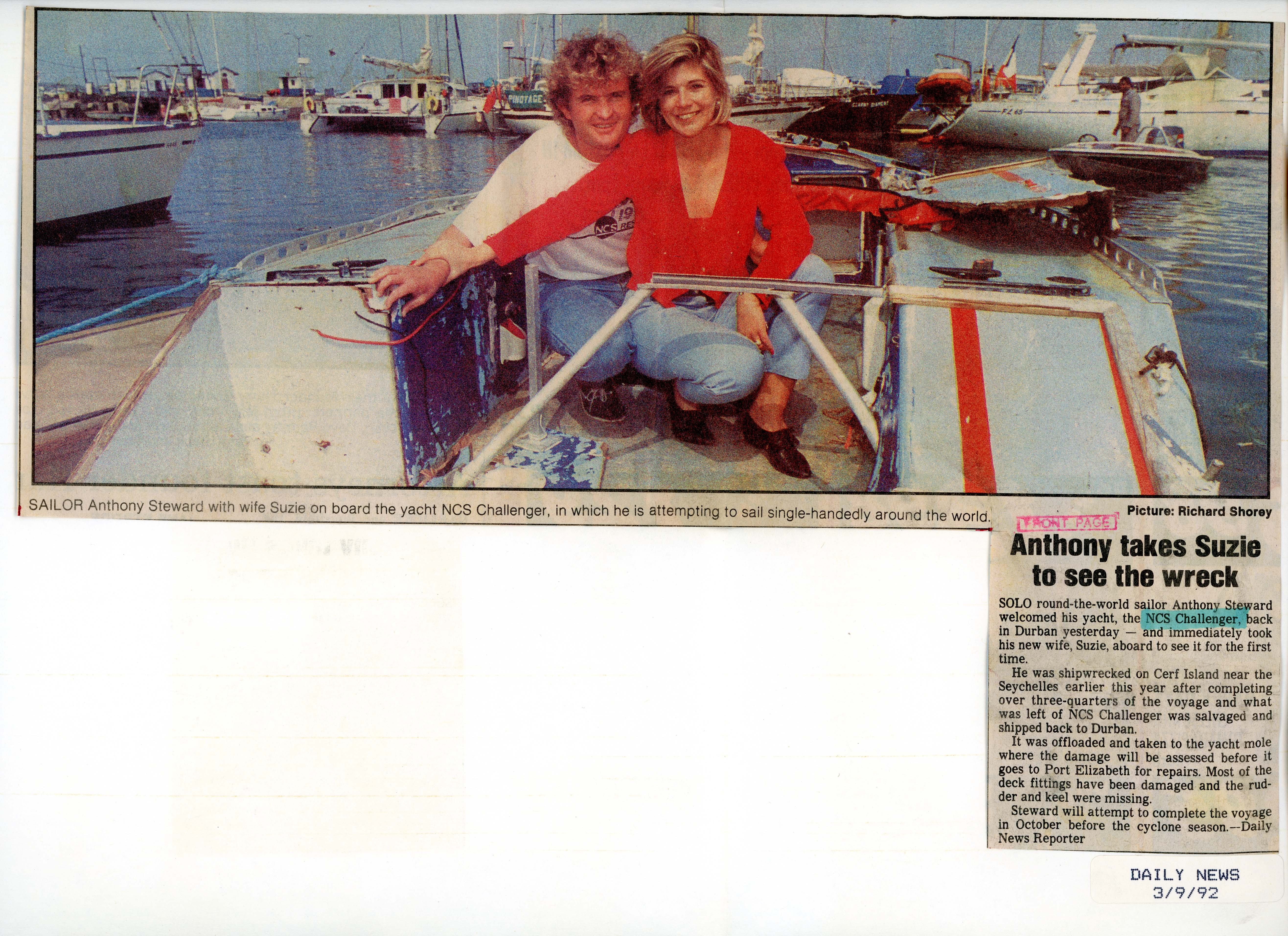 Ant Steward was a household name in sailing circles in this country thanks mainly to his solo ‘open boat’ circumnavigation. He was in the news big time, and his following from landlubbers and sailors alike was huge.

And then he was lost! He was wrecked on a remote island somewhere in the Seychelles, and lived like Robinson Crusoe until rescued.

His wrecked yacht was ultimately shipped to Durban for repairs, before being shipped back to where he was wrecked so that he could resume his passage.

Ant has always been single-minded and determined, traits which have brought him success.