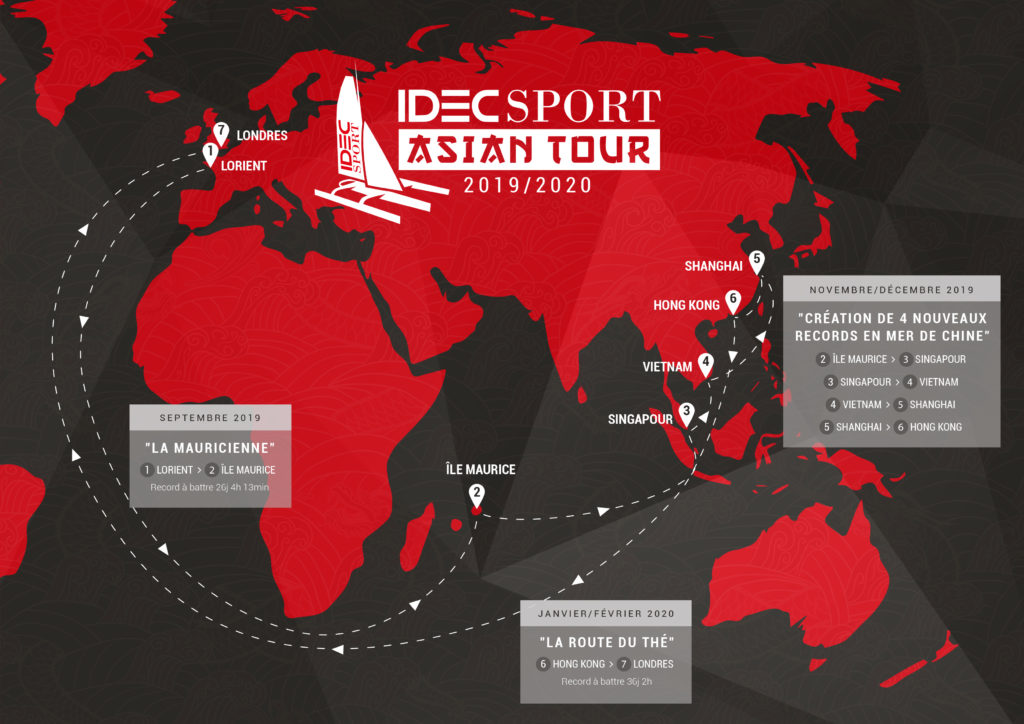 After his incredible victory in the 2018 Route du Rhum, this year, Francis Joyon will be tackling some very different challenges, most of which are brand new. After a tour in the Mediterranean in the spring, he will begin his 2019-2020 IDEC SPORT ASIAN TOUR with a programme including two famous records (The Mauritius record between Port-Louis in Brittany and Mauritius and the Clipper Route between Hong Kong and London), as well as four new courses in the China Sea for which he will set the reference time with a crew.

His faithful trimaran, IDEC SPORT underwent a major refit during the winter with this in mind to ensure her reliability. The maxi-trimaran was relaunched on Friday 5 April in Vannes before heading back to her home port of La Trinité-sur-Mer. We met up with the record-breaker aboard his boat… 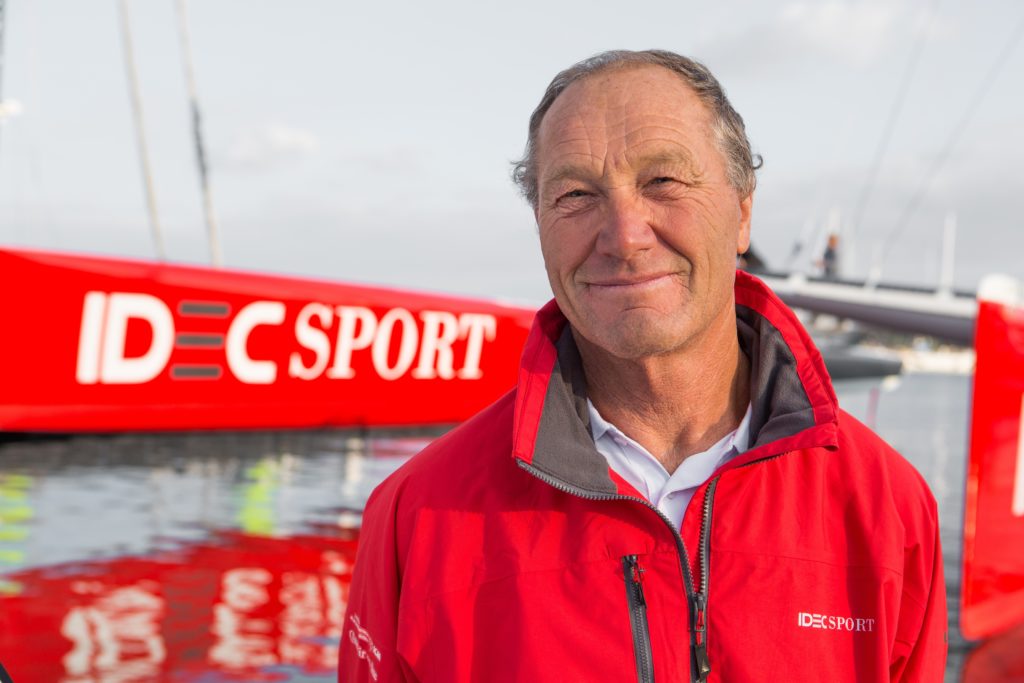 Francis, five months ago, you won the Route du Rhum, a win you had been looking forward to for many years. Looking back, how do you feel about that achievement?
“I must admit I haven’t had time to dwell on the Route du Rhum, as I have been so busy each day getting the boat back in shape. There is always so much going on, so I haven’t had time to think about it. I would say that this win in a major race ahead of a rival as skilled as François Gabart, has boosted my confidence.”

IDEC SPORT was relaunched last week. What was done during the winter refit?
“The Route du Rhum was tough on the boat, which suffered in terms of her structure, particularly the daggerboard housing. We got the Multiplast yard involved to get everything back in shape. There was quite a lot of work to do on the electronics, changing all the cables on the boat and the nets. The aim was to ensure IDEC SPORT was as reliable as possible, as we have around 25 or 30 thousand miles to cover in the year ahead.” 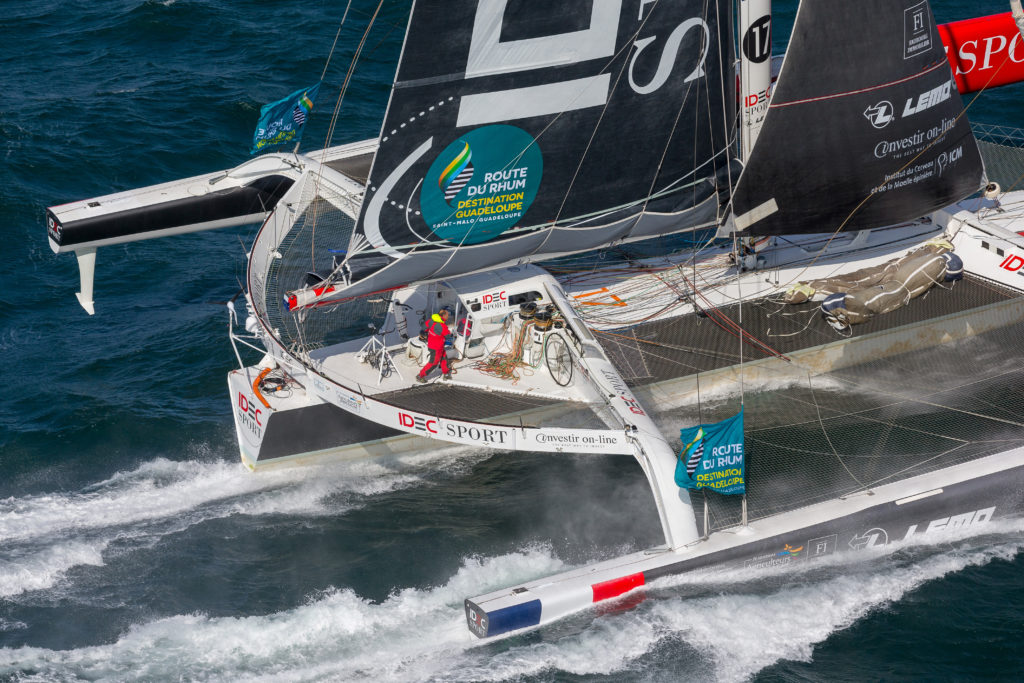 You will be taking part in an ambitious campaign of records, called the IDEC SPORT ASIAN TOUR. It will begin with the Mauritius record, a solo record you know well, as you started it ten years ago. The time to beat is 26 days, 4 hours and 13 minutes…
“Yes, on a course between Port Louis and Port Louis (Lorient and Mauritius). The good season is in mid-October and the time frame is relatively short. With that timing, we hope to round the Cape of Good Hope without getting nasty weather and reach Mauritius before the cyclones. In 2009, I had to go a long way south of the Cape of Good Hope, as further north there were strong headwinds. I hope to sail a more favourable, shorter course this time. I still hold the solo record. There have been several attempts to improve on it, in particular, Lionel Lemonchois, but he capsized, although he was ahead of my reference time.”

After Mauritius, you will move to crewed sailing. What records will you be tackling in the China Sea?
“We are launching four new ocean records. The first will take us from Mauritius to Singapore. Then from Singapore, we will go to Vietnam. The following two records will be from Vietnam/Shanghai and Shanghai/Hong Kong. I have already sailed on those seas, but have never had a stopover there. It is going to be fun with the crew discovering places we don’t know. There are going to be some discoveries and adventures.”

How would you describe sailing on Asian waters?
“It’s not so easy. There are a lot of objects floating around, including tree trunks, which float around after typhoons. So we’re going to have to watch out for that taking a spare rudder with us for example. There is a lot of shipping particularly around Singapore. I can remember passing the city and counting thousands of cargo ships waiting to be loaded. It didn’t seem logical to me. Those seas are also complicated in terms of strategy. In the round the world race, you choose your route depending on strong downwind conditions. You get favourable angles on long trips. In the China Sea, we will be sailing in restricted areas with corridors to pass the islands. Sometimes, we will face areas of calm.” 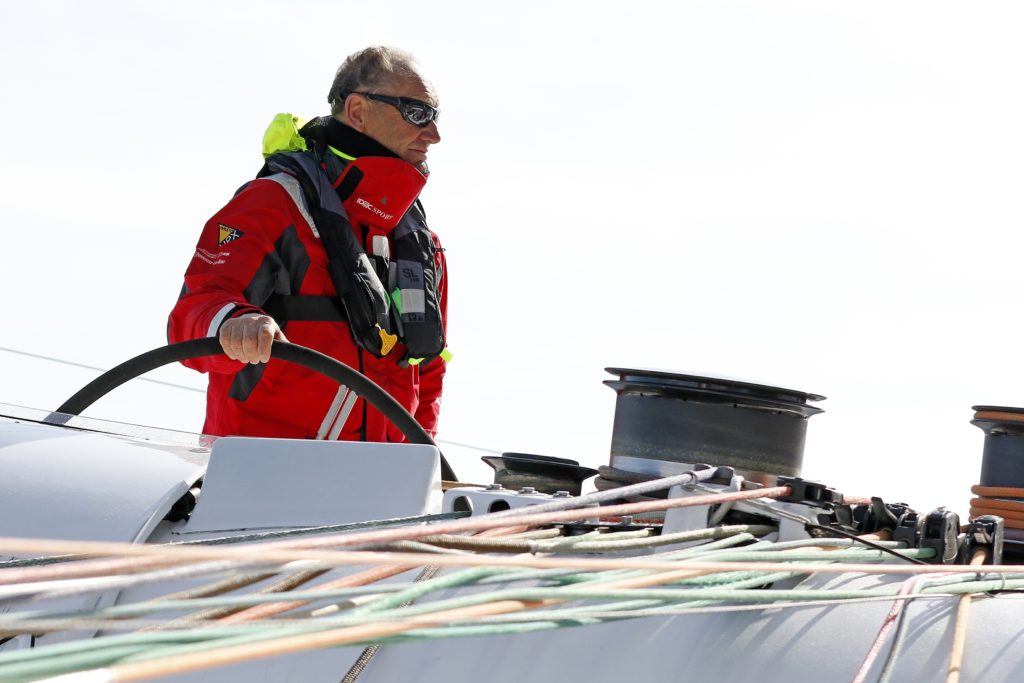 It is said that there are pirates in those waters…
“Indeed. I have already come into contact with the local pirates in the Straits of Malacca. But I’m not too worried, as we will have a crew on our big boat. I’ll feel more relaxed than when I sailed there on my little boat.”

The final record which you will tackle with a crew, the Clipper Route (Hong Kong – London), is currently held by Giovanni Soldini on Maserati. It’s not going to be easy to beat…
“That’s true, but all records are there to be broken. We’ll give it our best shot. Records are always fascinating, but this one all the more so, as there is so much history associated with it. The Clipper Route is the maritime route taken by the big tea clippers, who did their best to get back to Europe as quickly as possible to be the first to sell their cargo of tea in London.”

Have you chosen your crew for these records?
“More or less. There will be five of us in the crew and sometimes six as in the Jules Verne Trophy. Antoine (Blouet), Corentin (Joyon) and Bertrand (Deslesne) worked on the boat through the winter. They will be part of the crew. Gwénolé Gahinet and Bernard Stamm, who were with me for the round the world voyage will be back for some legs, as will Christophe Houdet.”

Before that campaign in Asia, you will be tackling the Mediterranean…
“Yes, we’ll start the season with a promotional tour in the Mediterranean. If a weather opportunity arises, I will attempt the record between Marseille and Carthage (Tunisia).”