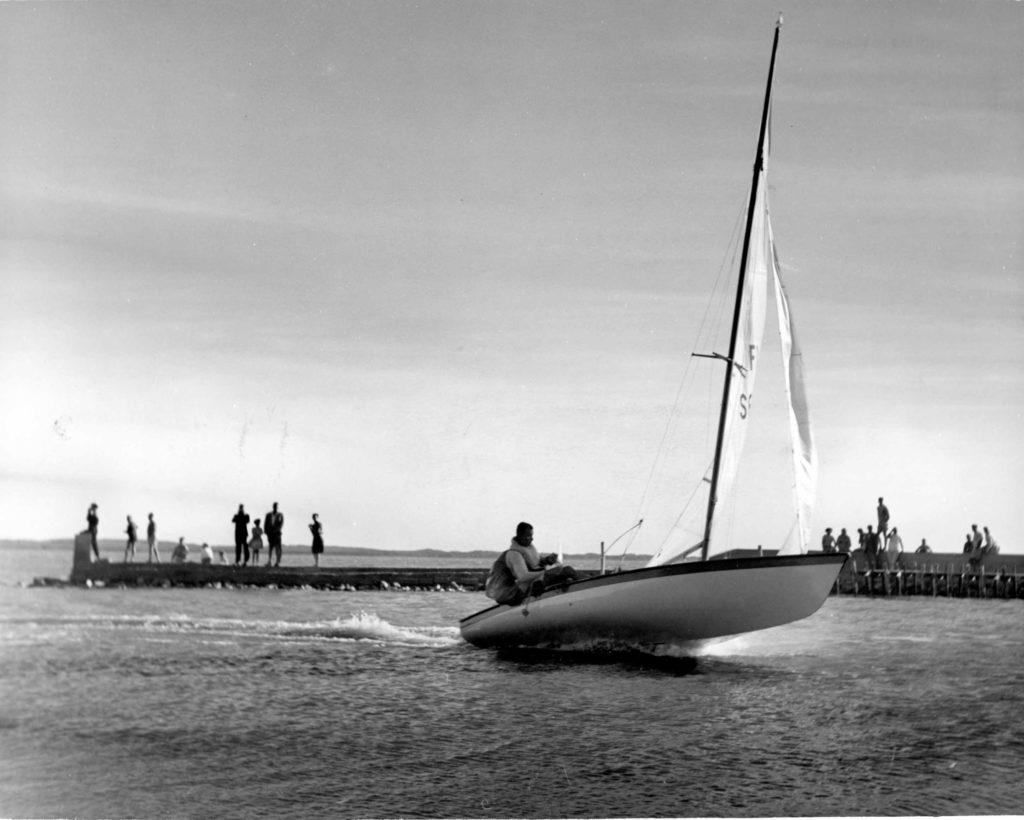 A Flying Dutchman playing ‘Leapfrog’ is the caption on the back of this pic. Entering into Hermanus yacht harbour in a 35 knot “breeze”.
pic by McLagan

Now here is some serious history on this magnificent two-man spinnaker trapeze dinghy from an A5 ring bound booklet in the SAILING Publications archives.

South Africa had a strong association with the class back then as in the list of Founders of the IFDCO (International Flying Dutchman Class Association) the names of two prominent South African sailors – Jack Koper and Dr. Ken Warr.

Don Ord was a Commodore of the association.

Ian H Benyon was the National Secretary for South Africa.

The ‘Parts of a Flying Dutchman’ as listed will appear quite archaic in terms of what is available today.

We had 3 builders of FDs in South Africa at that time, being: Bobby Bongers; Thesen & Co; L van Velzen and Fred Nicholls.

Just 7 countries had more registered FDs then than South Africa, so we were most likely to have been considered a powerhouse of the class.

And the final pages show who the members were – and this reads like a who’s who of sailing in the country at the time.

There is much more in this booklet as can be seen from the ‘Contents’ page.

“Talking Sailing” From My Archives. Vasco Race Start Postponed, So More Pics From Days of Yore